My name is Sammy Mansfield, and I am an industrial design and environmental science major from Manhattan Beach, California. During weekends I like to go on long Bob Dylan and Bruce Springsteen-powered road trips with my more weathered friends to go rock climbing in Kentucky. During the week I’m typically working at the intersection of design fabrication technology, ecological restoration, and material science.

The spaces that fascinate me are those spaces nestled between skyscrapers and above sidewalks, below rooftops and beside storefronts. These spaces – sidewalks, parks, alleys, vacant lots – are the medium through which people and resources flow in a city. They are the city’s negative space which humans interact with on a daily basis; however, they have remained largely unchanged for decades.

Within this project, my primary goal was to reintegrate localized cultural identity through the integration of native plants and colors, which have been lost through the colonizing effects of 20th Century modernist architecture. I believe that building for urban ecological restoration requires us to shift our interpretation of both nature and architecture in our cities. How can material and form contain social and cultural relevance, while also performing local and global ecological functions?

Rather than designing forms which are independent from their localized environment, my dream is to create yarn structures which employ drone technology and artificial intelligence to mold to their surroundings’ unique morphology, wrapping around buildings, light posts, or trees, turning 2D fibers into 3D structures. Then, by introducing native climbing vines to these yarn structures, we could guide vine growth to populate each spaces’ unique tectonics. After populating the yarn structure, the vines will brown and harden, coinciding with the yarn’s decay, leaving only three-dimensional vine sculptures which catalyze ecological restoration and contain localized socio-ecological relevance. This project embodies the idea that fostering all forms of life not only restores ecosystems, but also improves the quality of human life within the city – cooling streets, buffering wind, and controlling water dispersion. 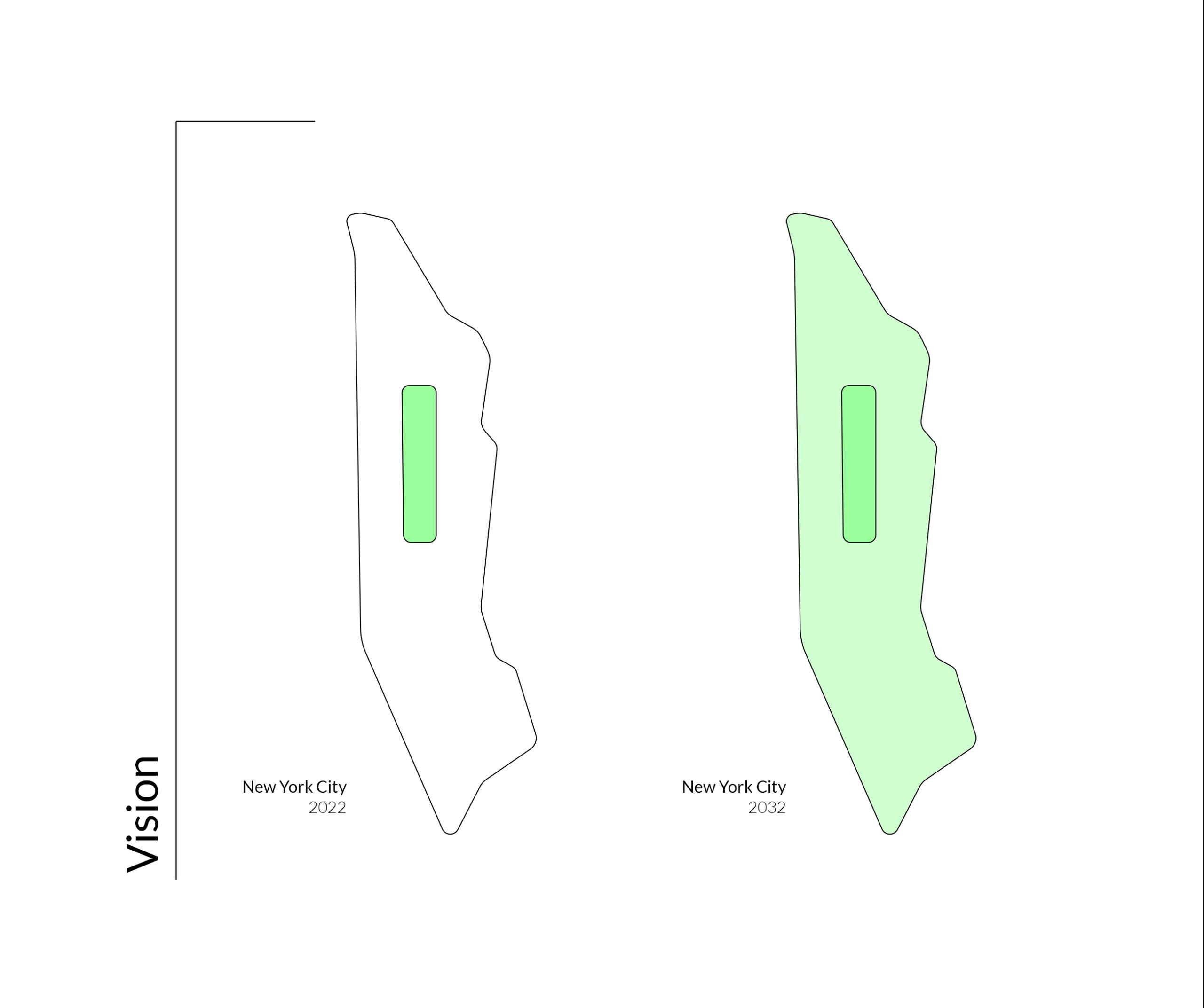 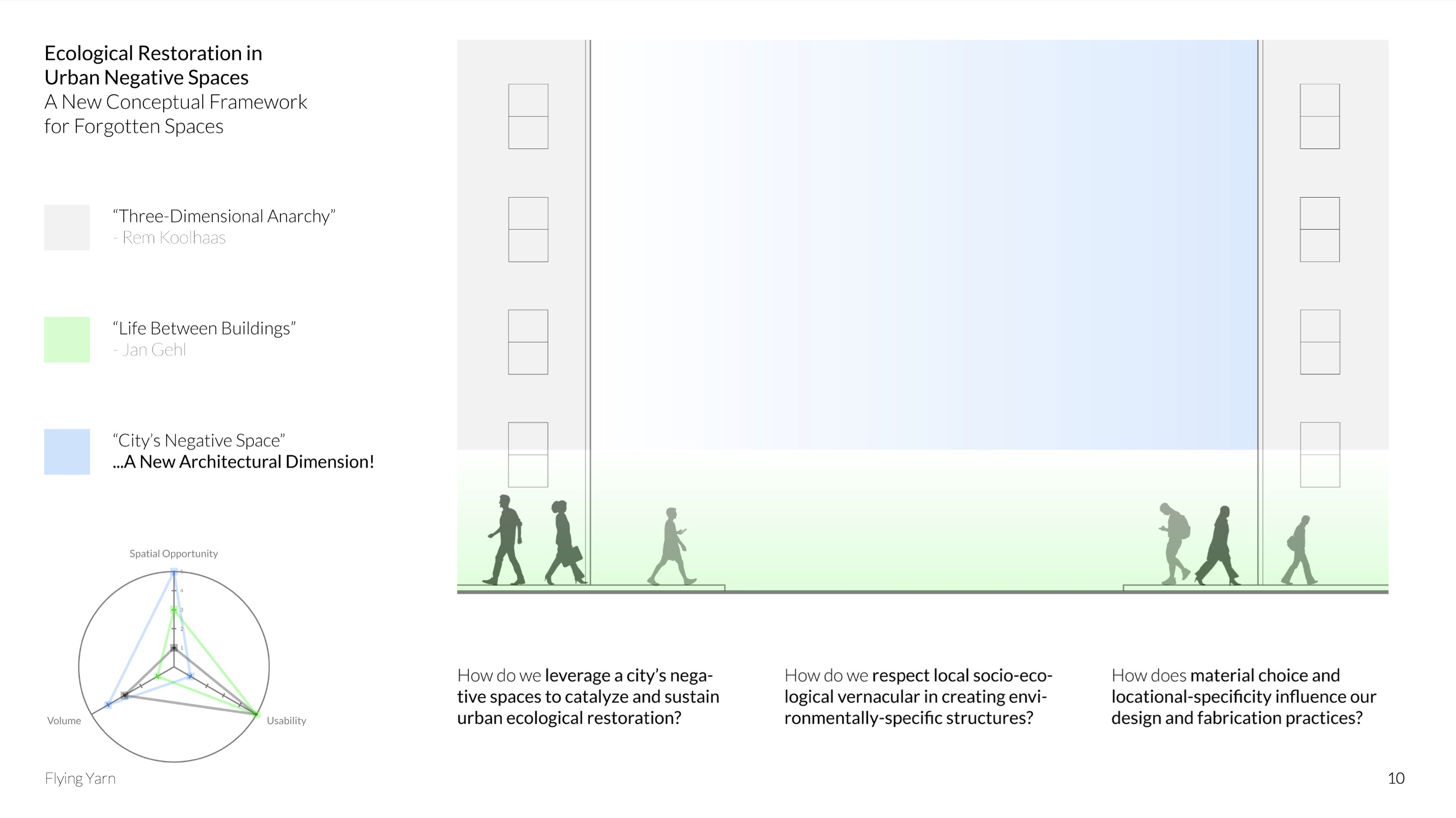 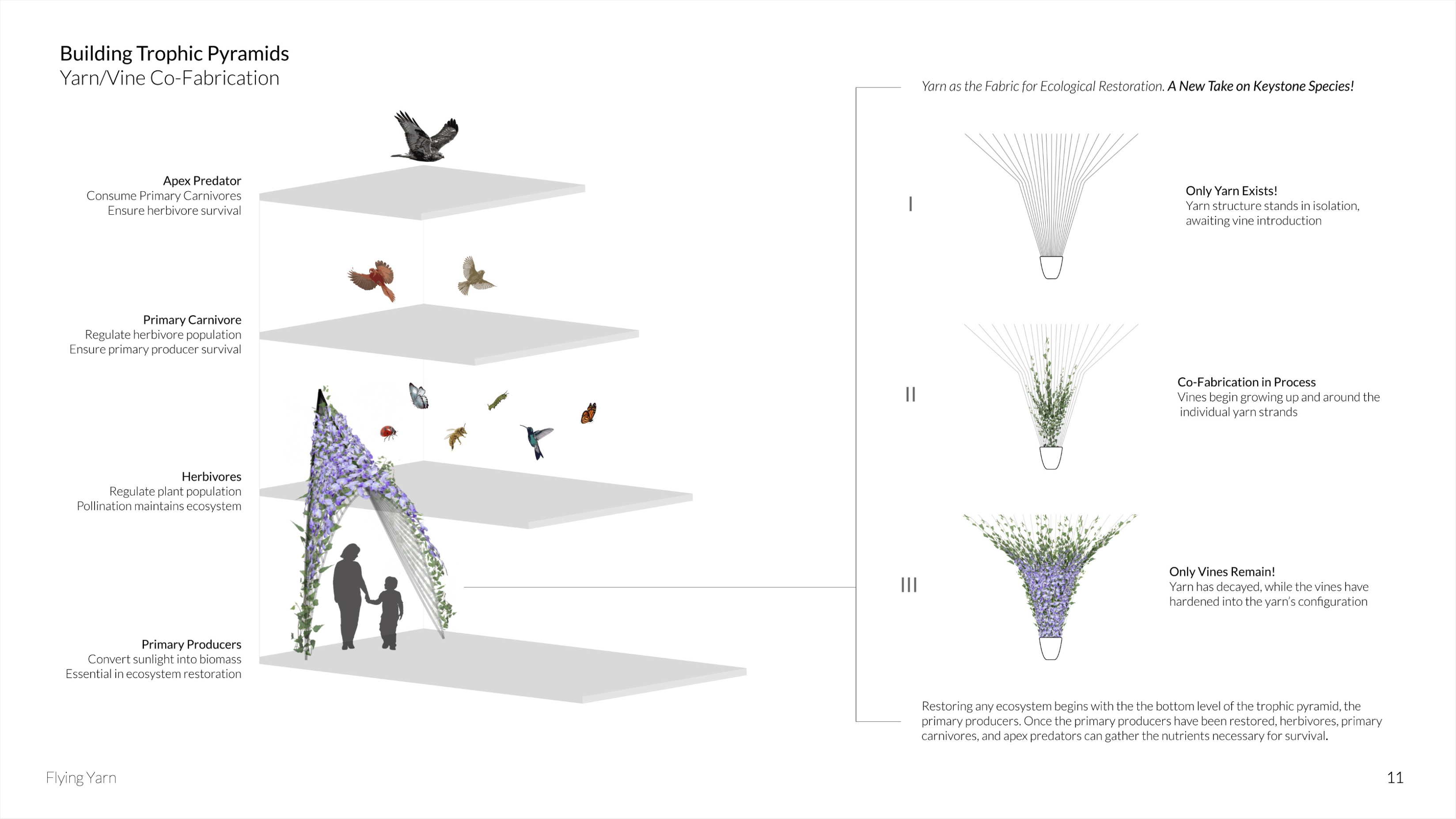 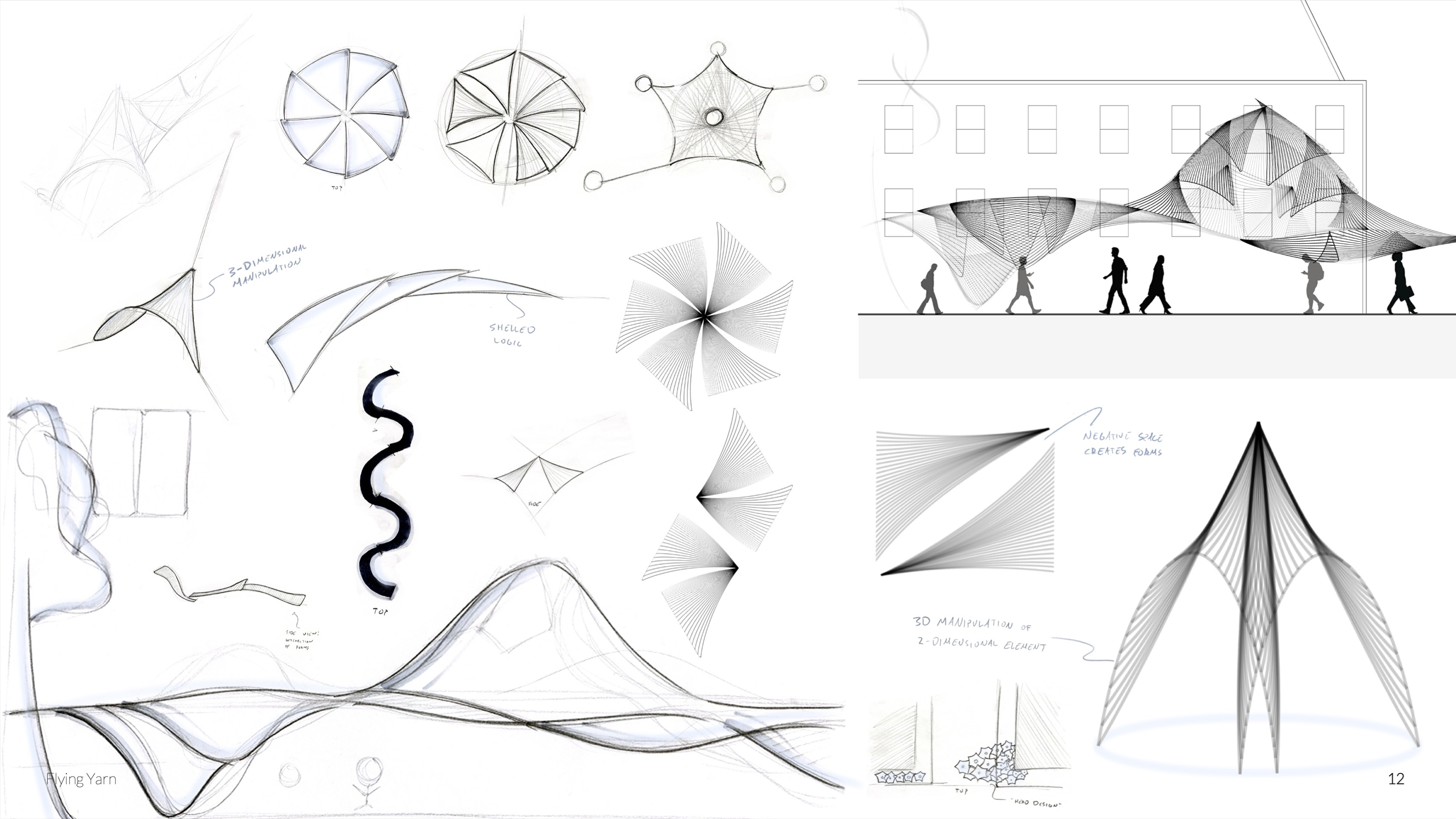 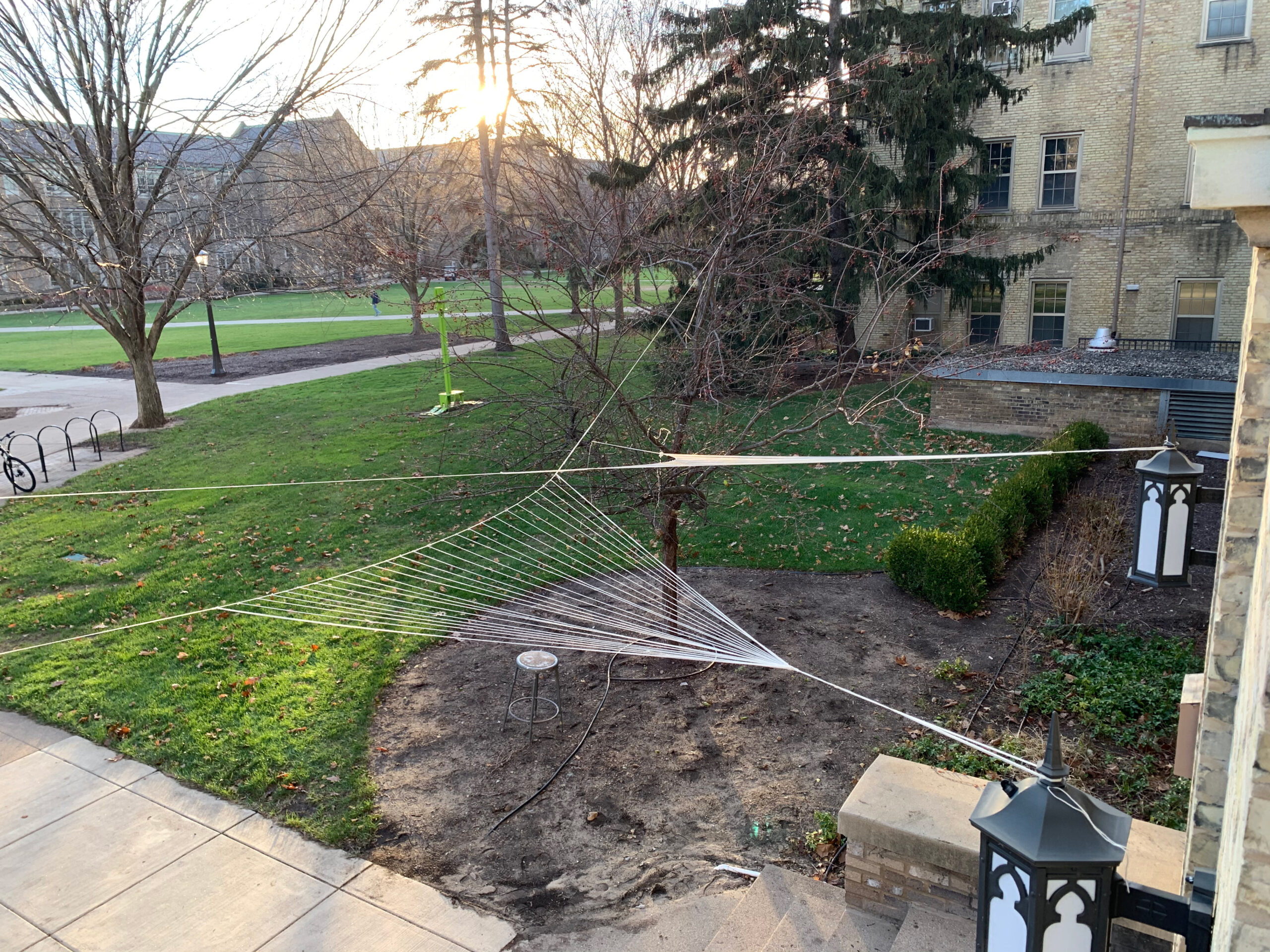 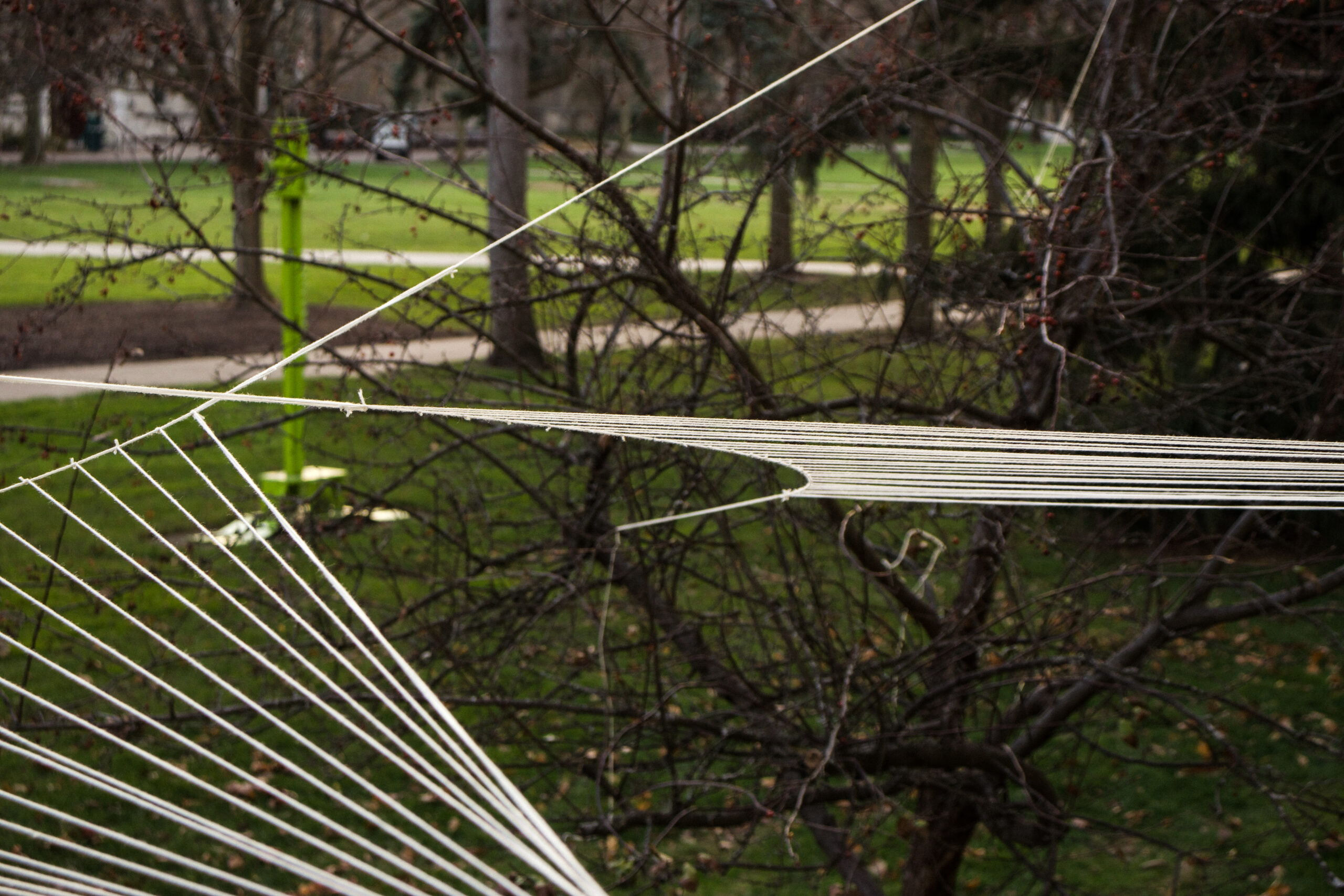 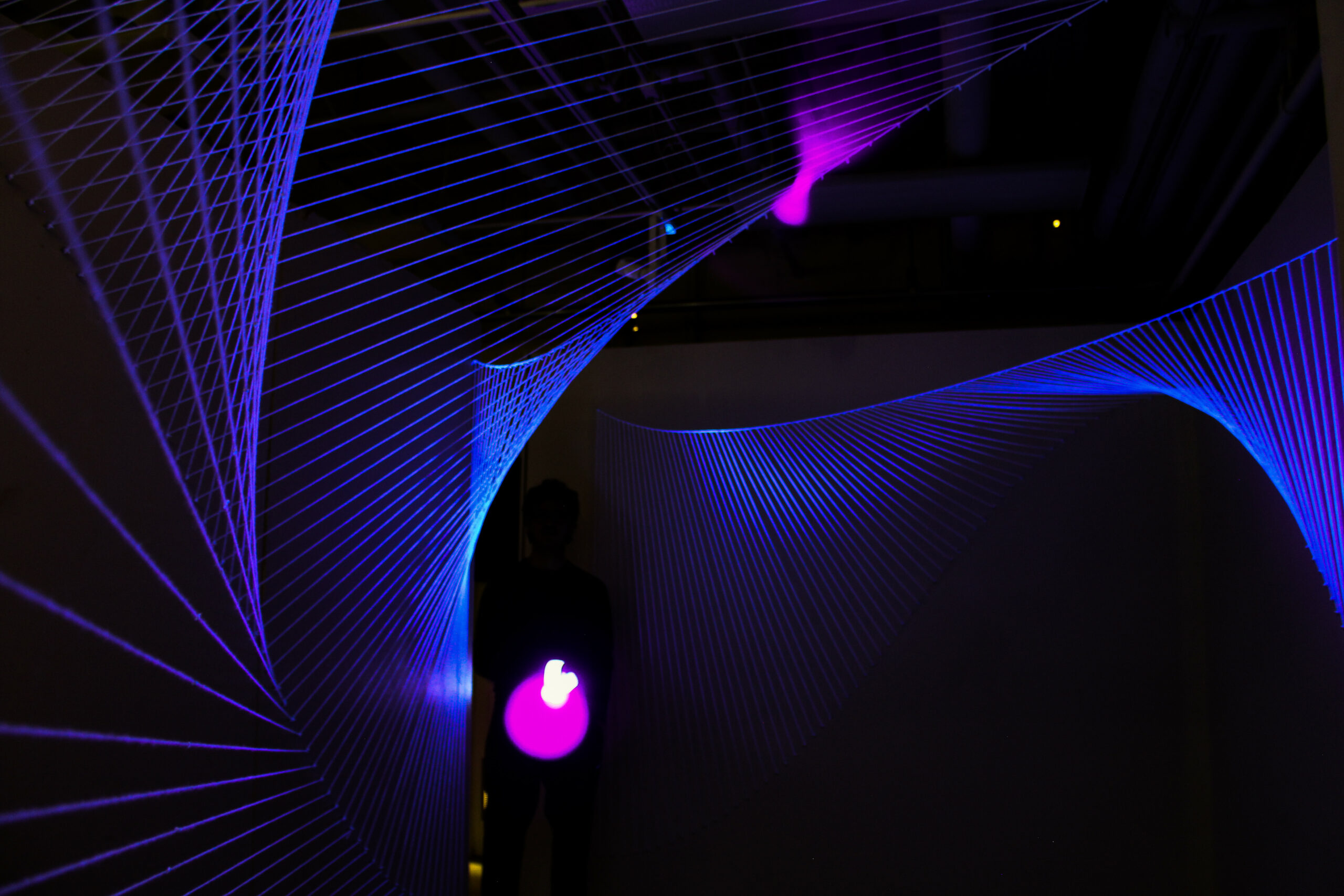 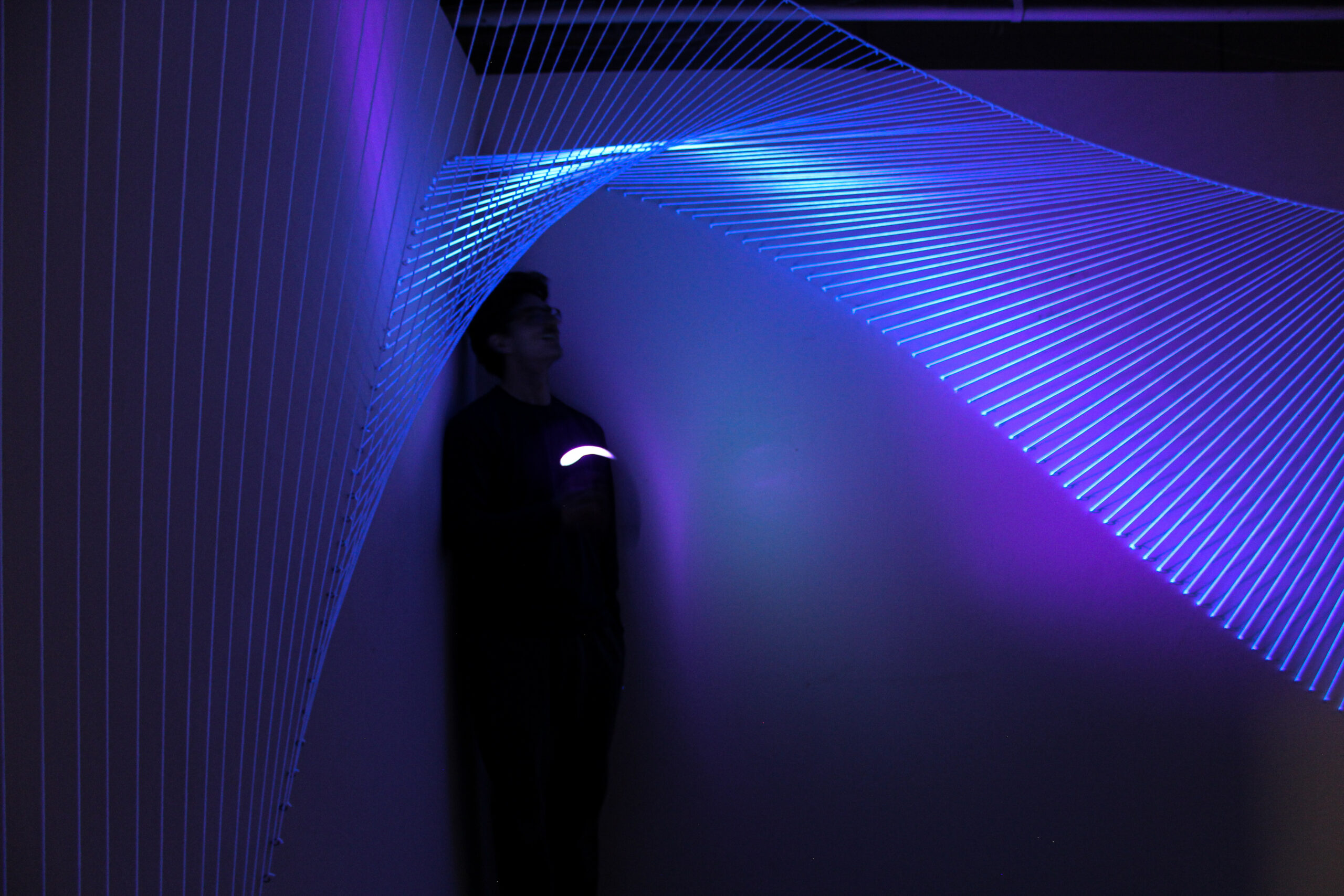 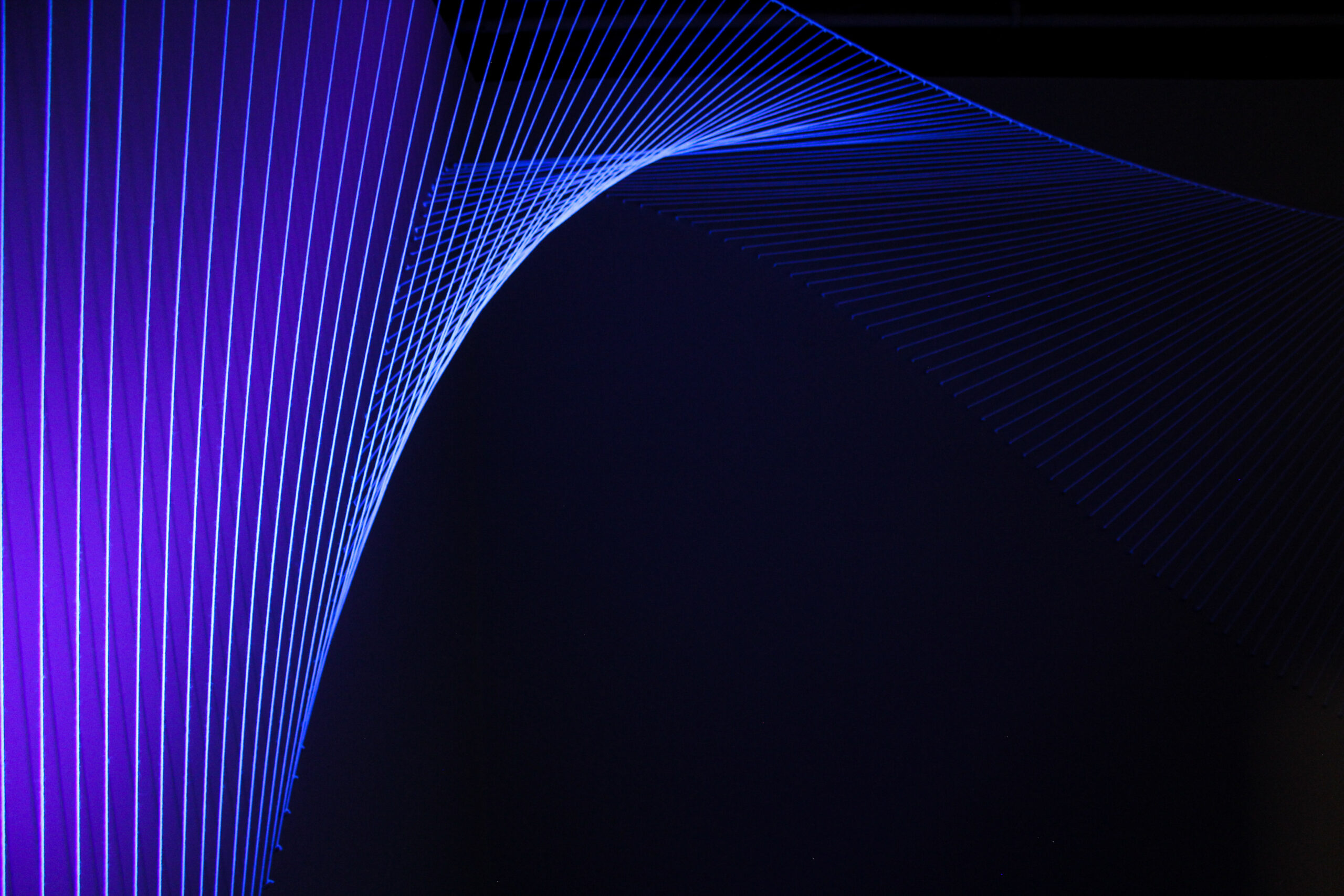 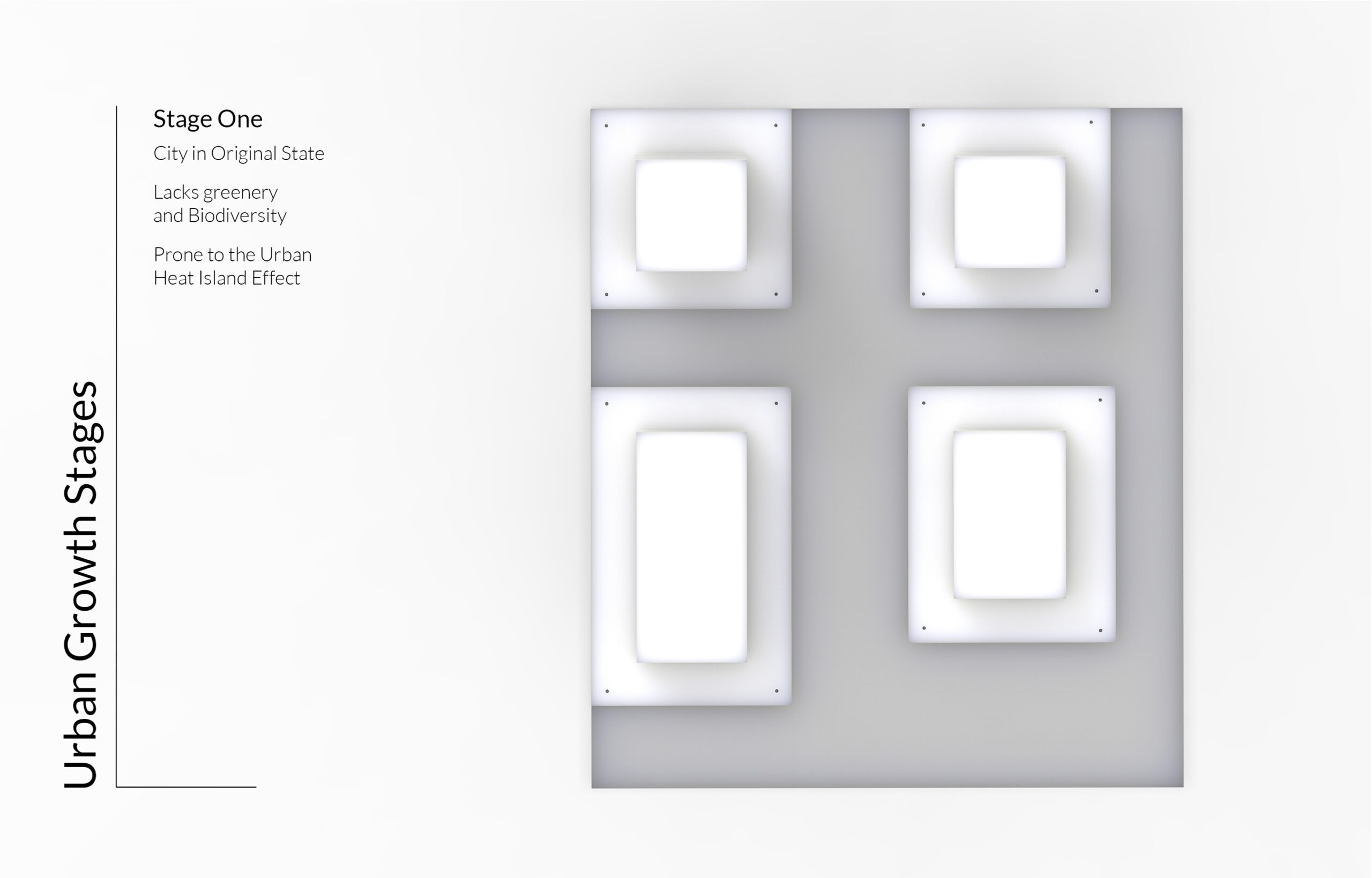 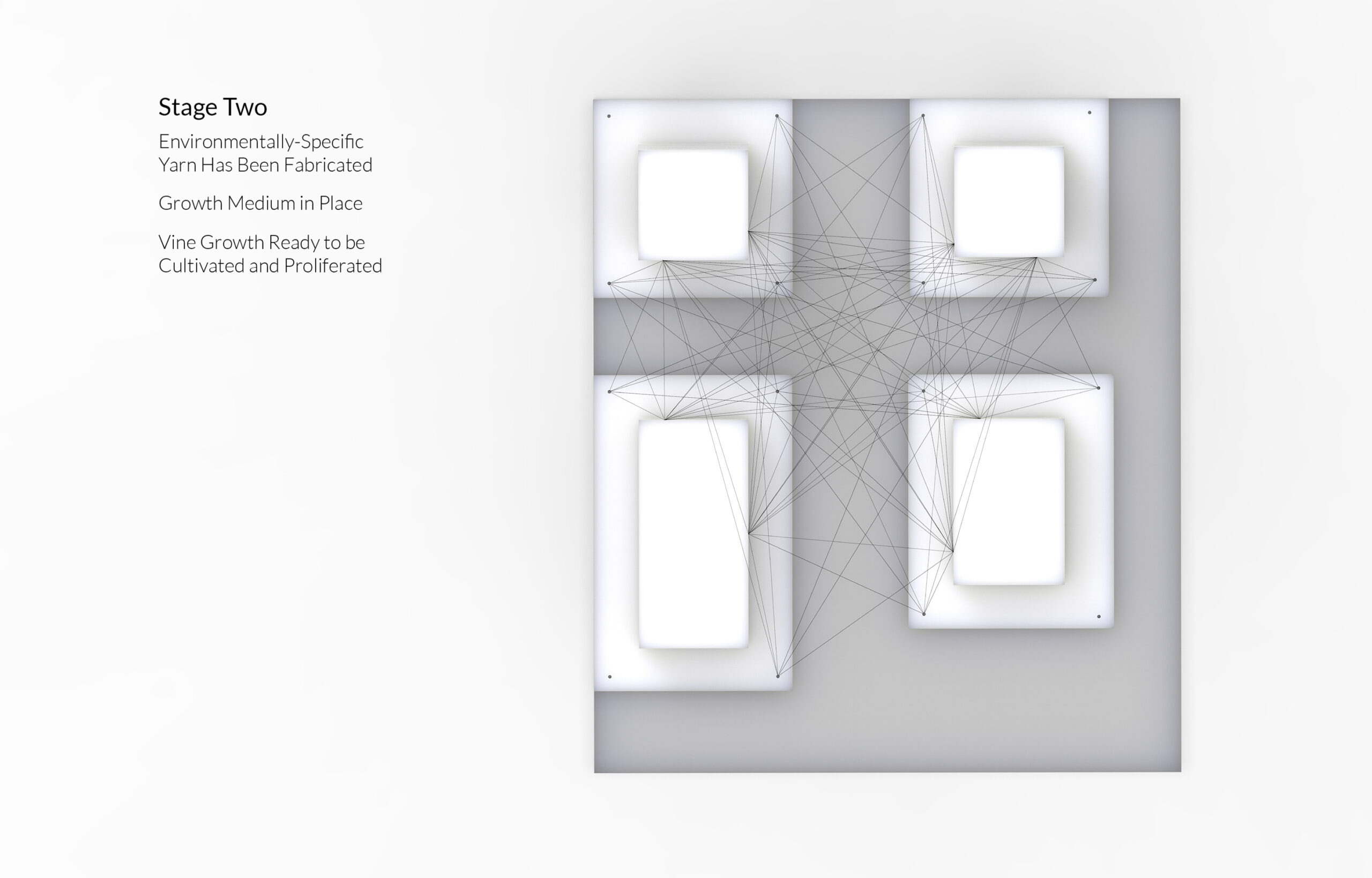 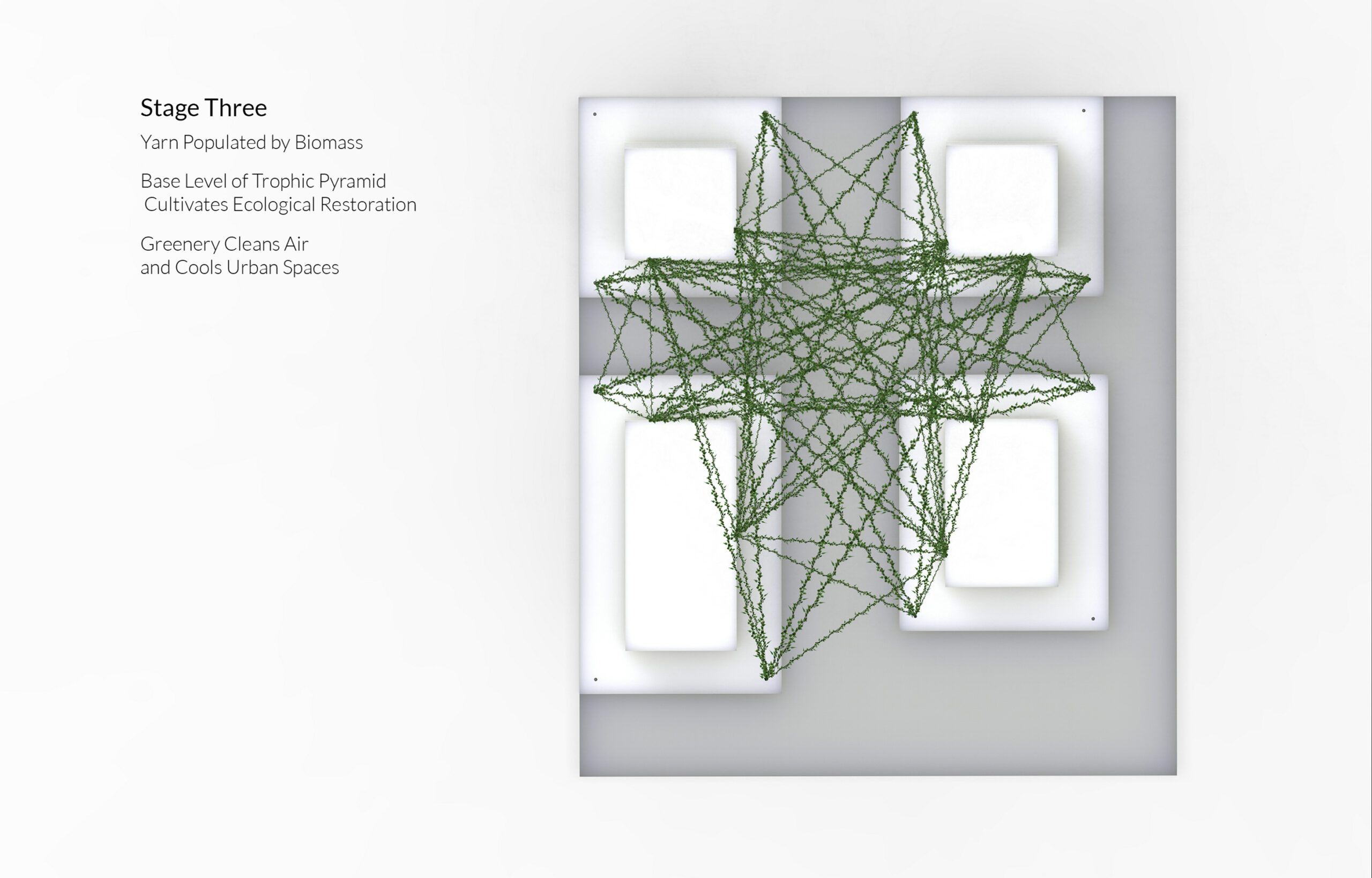