I am a visual communication designer from Rivne, Ukraine. In my work, I focus on exploring the art of storytelling in the context of trauma to encourage discussions around complicated social issues.

In 1932-33, the Soviet Union, led by Joseph Stalin, perpetrated a genocide that killed at least four million Ukrainians. This tragedy is now known as the Holodomor, from the Ukrainian морити голодом (moryty holodom) meaning to kill by starvation. The Soviet Union hid this tragedy from the world by isolating itself and its citizens, distributing propaganda, and intimidating witnesses. Few historical records and images exist from that time and the exact number of victims will never be known.

This short film presents the story of Eugenia Sakevych Dallas, a Holodomor survivor who later became a successful model in Europe and the U.S. The visual language of the film is based on the deconstruction of historical and personal photographs together with hand-drawn elements to visually reconstruct Eugenia’s story. The color palette follows the emotional tone of the narrative. In the beginning, the colors are bright and highly saturated, and, as the narrative progresses revealing the horrors of the Holodomor, the scenes gradually become less saturated and darker. At the end of the story, the bright and saturated colors gradually reappear as Eugenia emerges from the horrors of the Holodomor and becomes an outspoken advocate for the victims. Historical facts are presented in the form of paratext, which appears unexpectedly, and forces the plot to unfold in a different direction. Paratexts represent the inhumane decisions made by the Soviet government that deprived Holodomor victims of the opportunity to control their future.

The Holodomor was one of the largest genocides of the 20th century in terms of its death toll and has left scars on the people of Ukraine which exist to this day. The perpetrators of this genocide never faced justice and the full extent of the tragedy is largely unknown to the world. This short film presents a human perspective on the horrors of the Holodomor.

The Holodomor: Expressing the Inexpressible 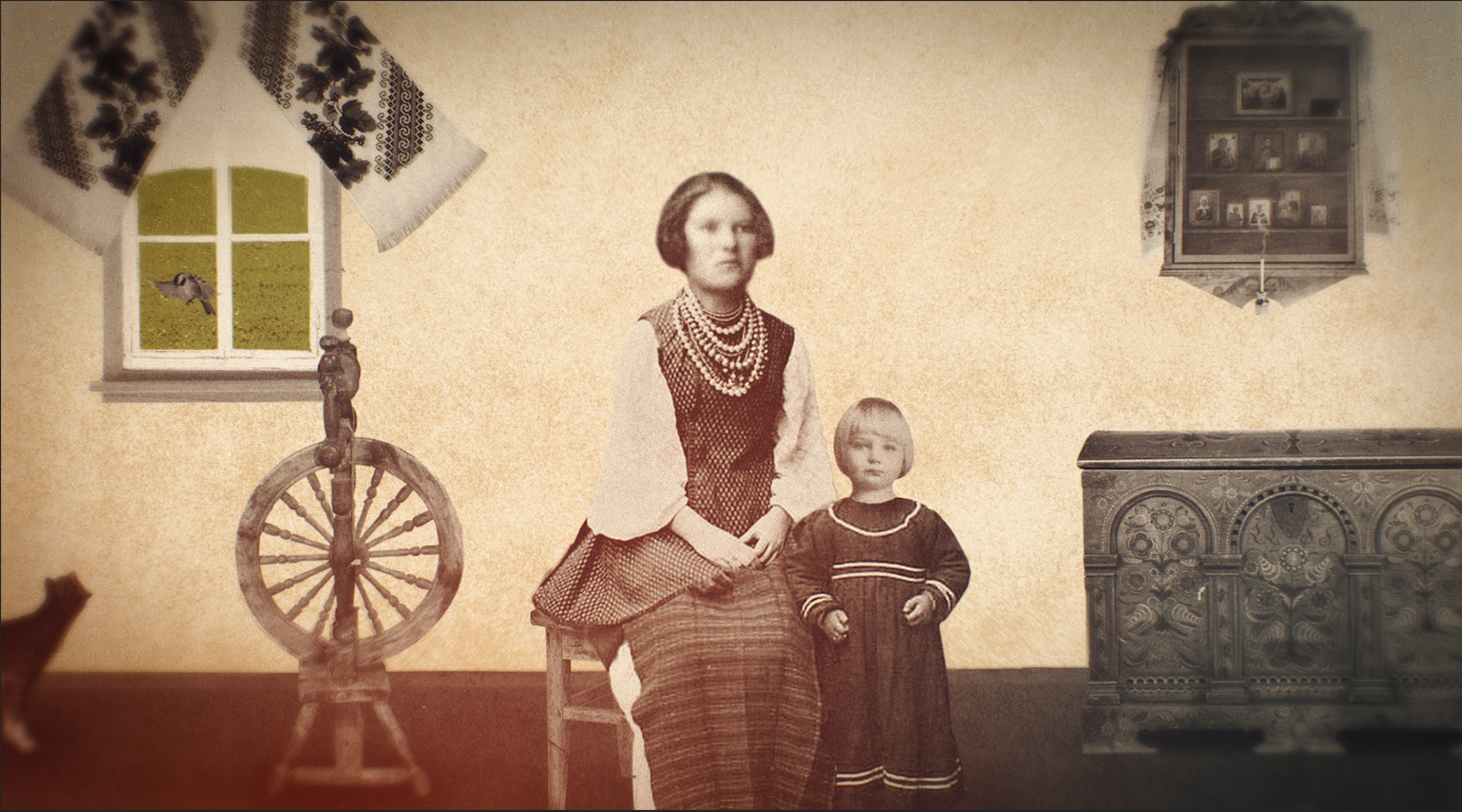 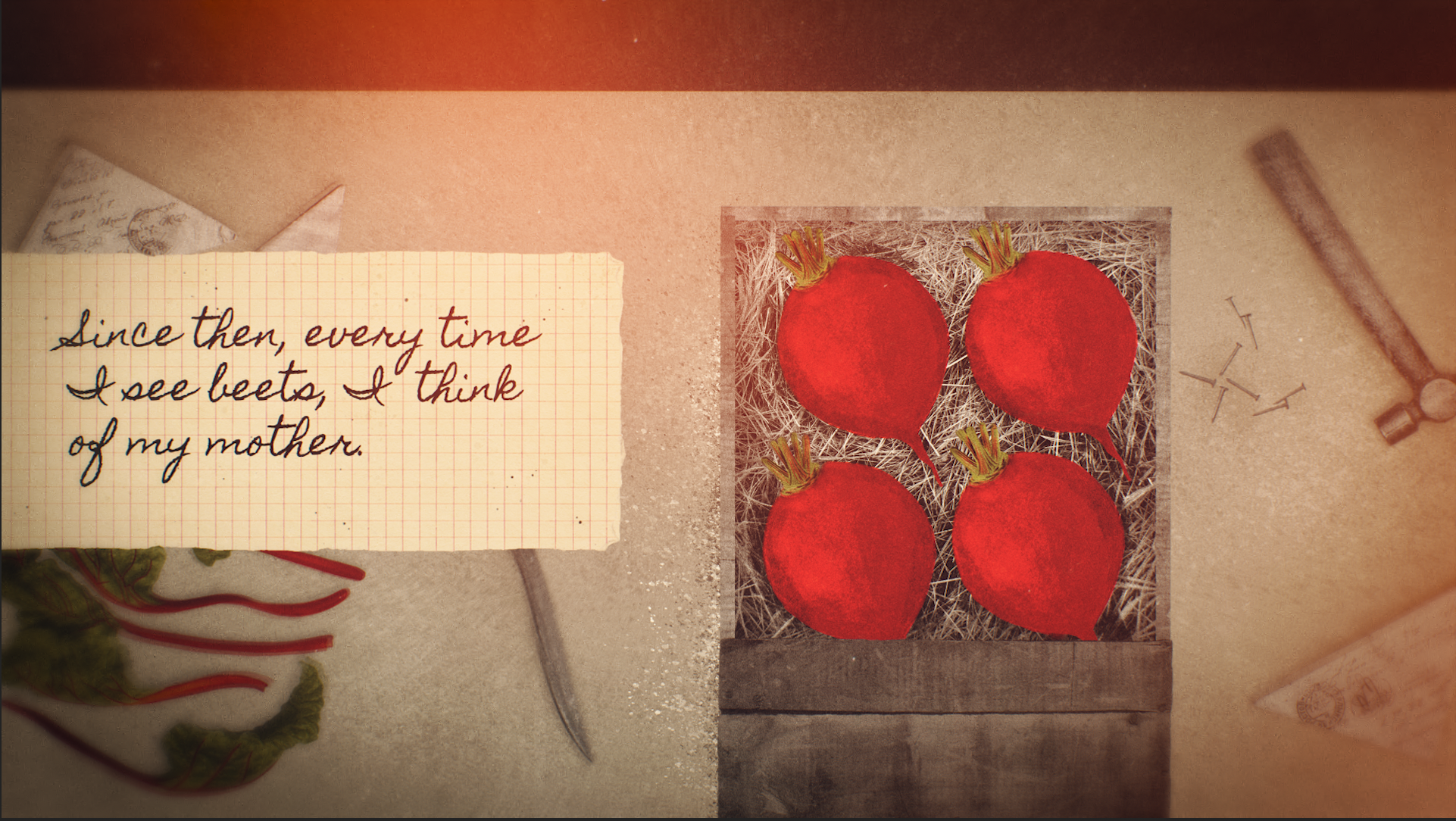 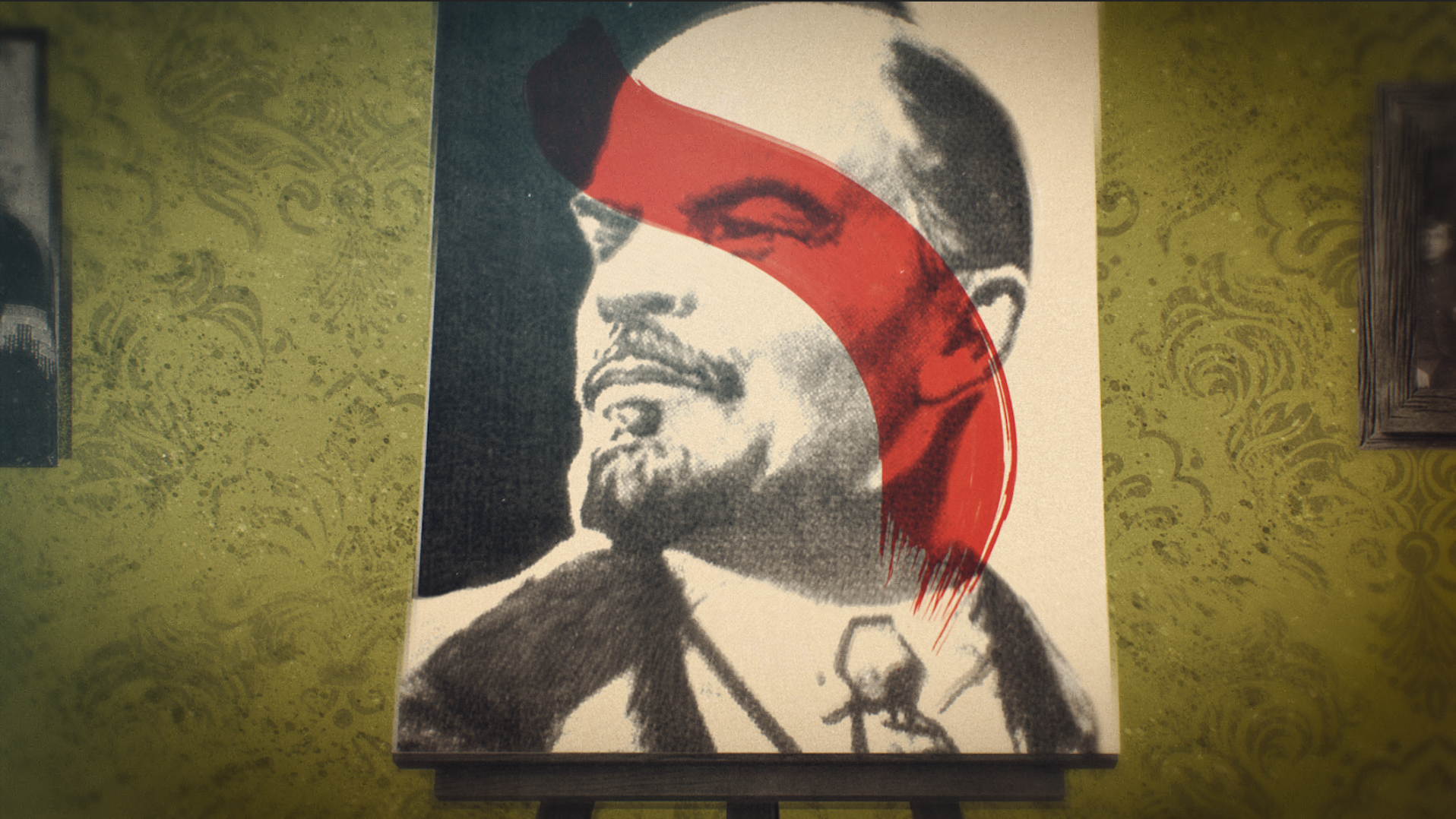 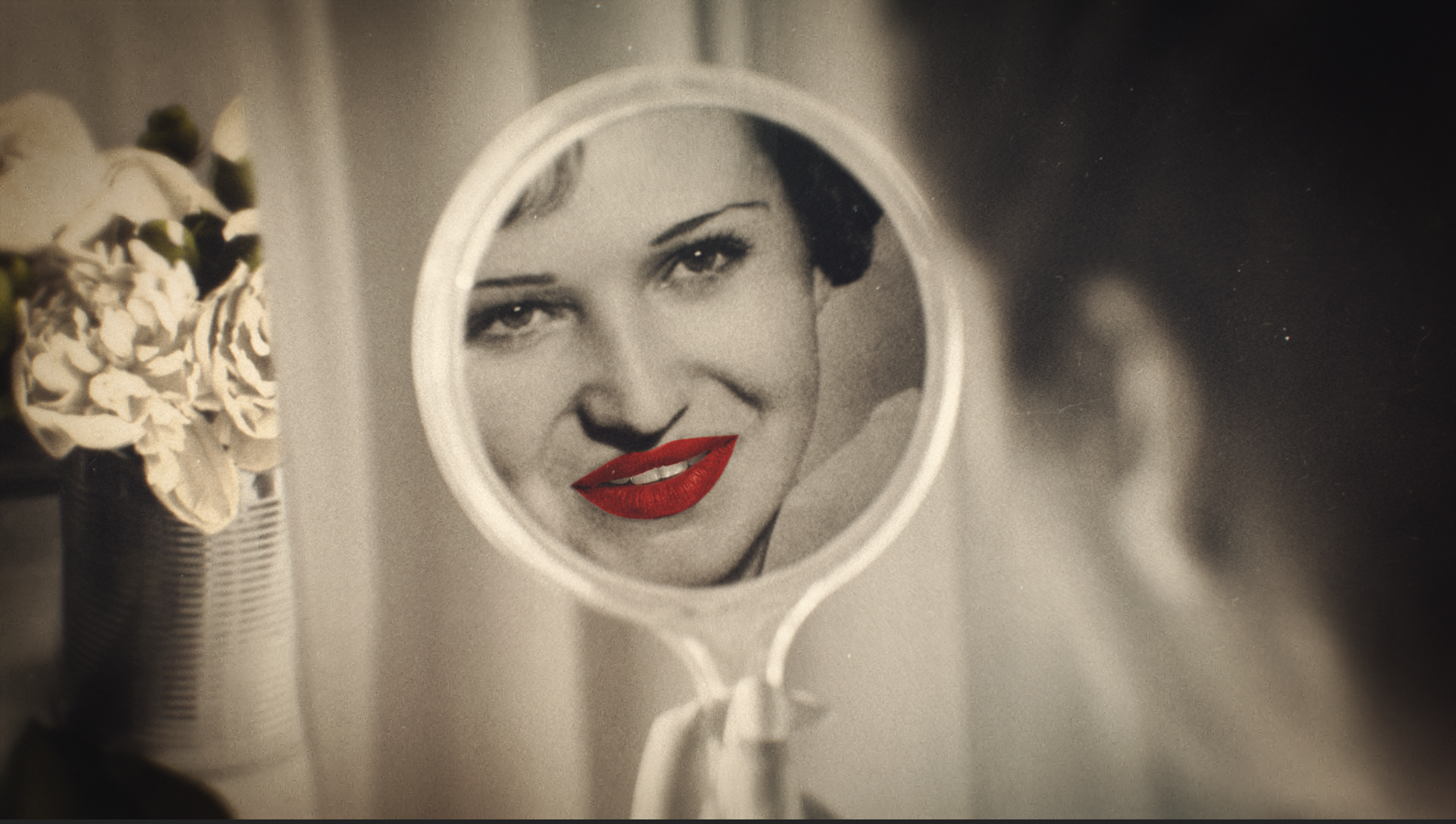 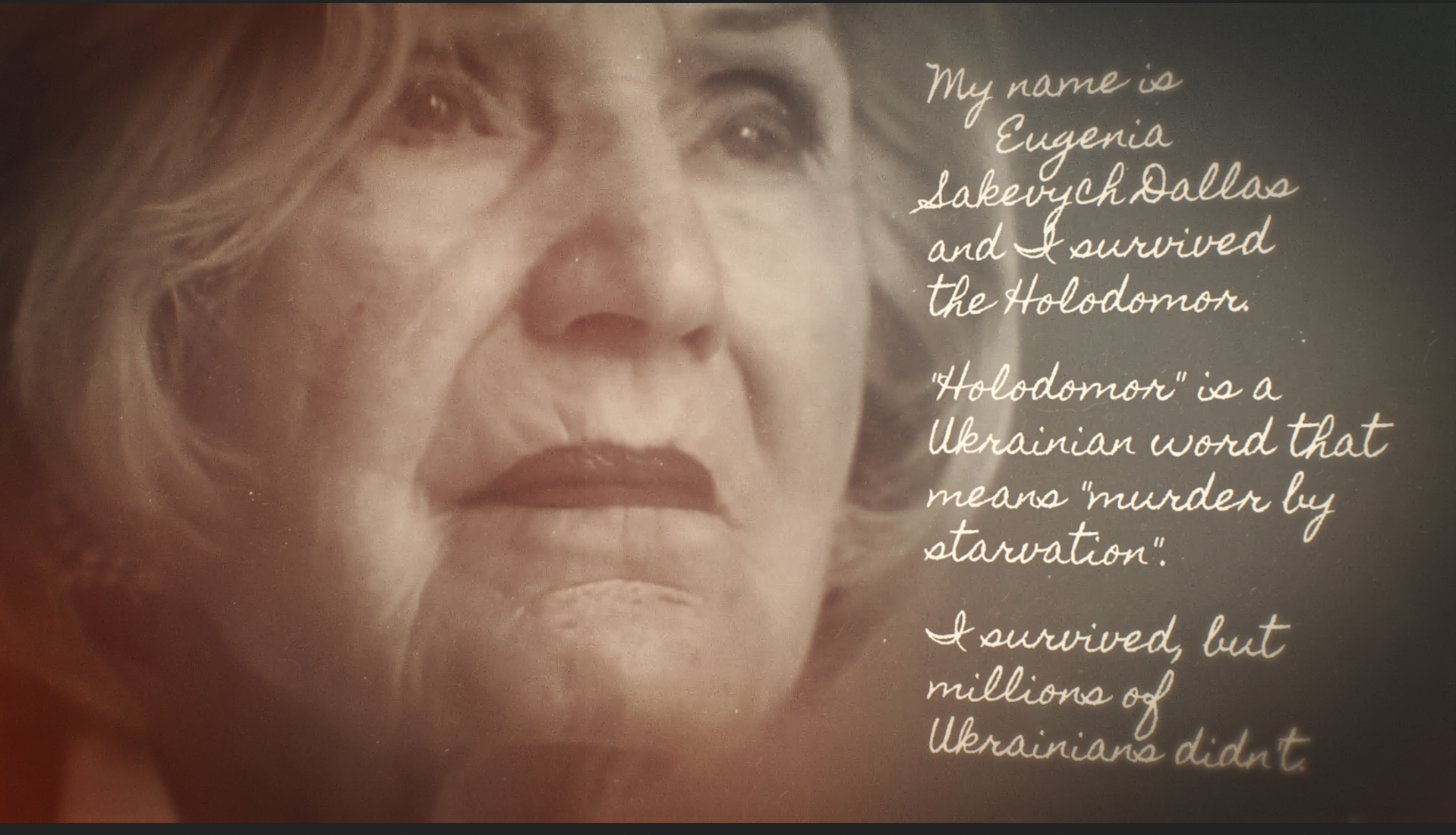