I am a third-year MFA candidate in painting and drawing, based out of South Bend, IN and Peoria, IL. My work employs illusionistic oil painting and charcoal drawing techniques to tackle questions related to speculative futures, nonhuman worlds, and entangled ecologies. Inspired by thinkers like Donna J. Haraway, Eugene Thacker, and Jeff VanderMeer, my work is often inspired by weird fictions, as well as scholarship from philosophies like speculative realism, new materialism, and narrative theory. Artists that inspire my work include Inka Essenhigh, Anicka Yi, Lee Bul, Wangechi Mutu, Ivan Albright, and the Surrealists. Additional passions include animals, playing piano, listening to progressive metal, and drinking hot tea.

Drawing from the genres of speculative and weird fiction, my work strives to posit potential futures—visions of a world unfurling, in uncertain balance, at the threshold of the Chthulucene. Donna J. Haraway defines the Chthulucene as a “timeplace for learning to stay with the trouble of living and dying…on a damaged earth,” a tentacular space of multispecies interactions, tensions, and possibilities. Engaging world-building as both a visual and conceptual task, I explore the premise of the Chthulucene to craft imagined spaces inhabited by hybrid forms, precarious fusions of mechanical, vegetal, biological, and amorphous entities in various states of encounter.

Entwining, outreaching tentacles sprawl and latch; forms and bodies interlock and reverberate in dynamic becomings-with, all threads in a complex tapestry of matter. The restless, mutating bio-technological forms within my work strive to challenge stable categorizations, lingering indeterminately among the realms of the living and nonliving, the thoughtless and intelligent, the artificial and organic, draped center stage in a world-space simultaneously indifferent towards and haunted by the absence of the human.

Narratively suggestive, these works foreground nonhuman worlds, attempting to reckon with entities at once intriguing and unknowable, part-real, part-imagined, whose cloudy ontologies spur a reexamination of the physical and philosophical systems we inhabit. Without a clear sense of end or origin, these speculative world-scapes simultaneously invoke references to the alien; to extinction and survival, devastation and reconfiguration; to the depthless intricacy of the world as it already exists, and as it might exist, beneath and beyond our familiar human scale. 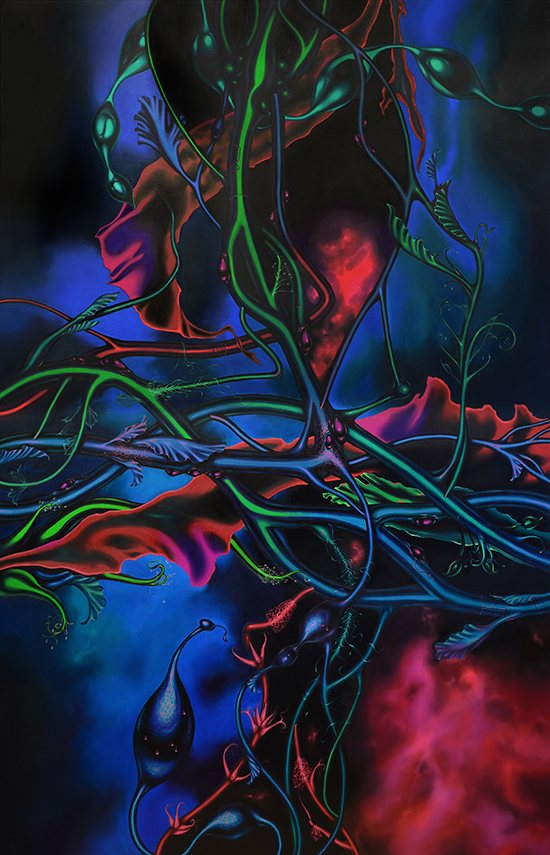 Dendodendria. The splintering of a reality: branchings and sutures, remappings of time. 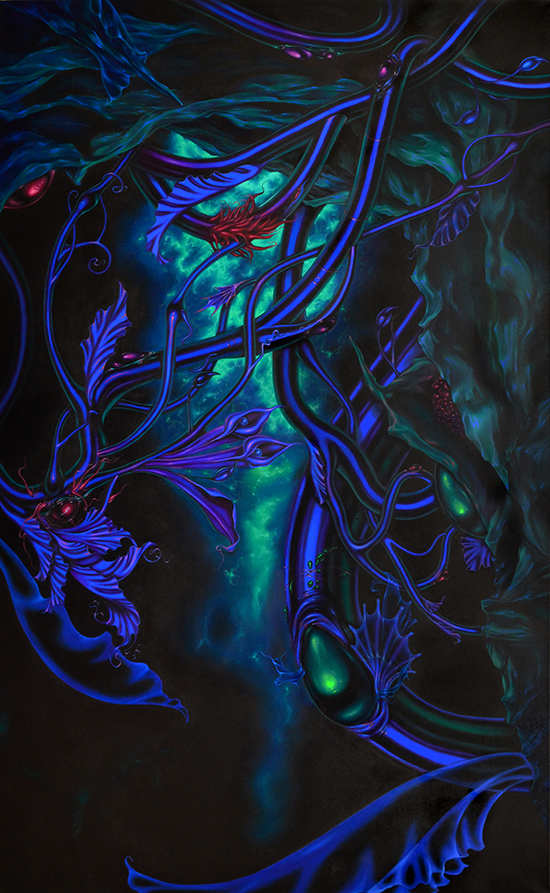 Echoes, shrieks, redoubling and recombining in an alien resonance. The blistering yelps of a blue congregation, singing in illegible exchange. 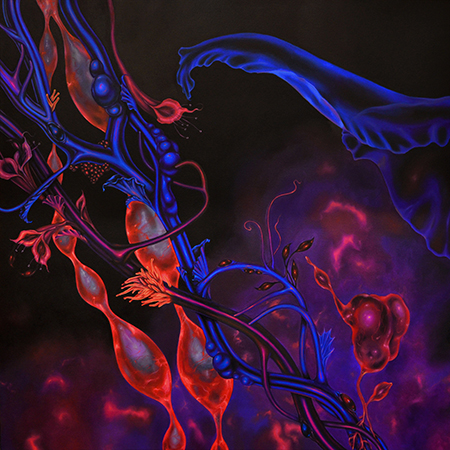 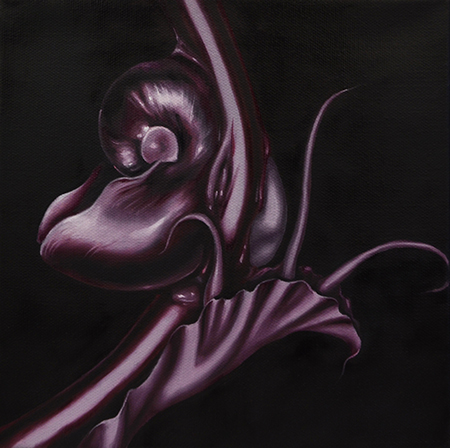 Their Dreams Never Reach Us 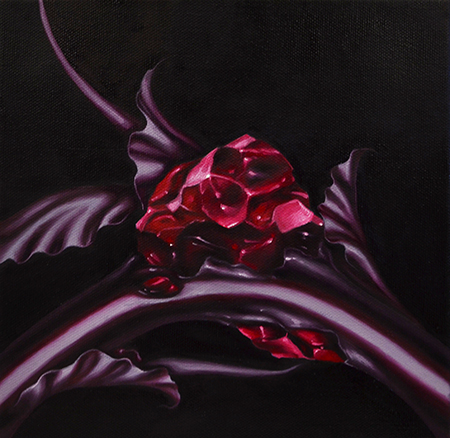 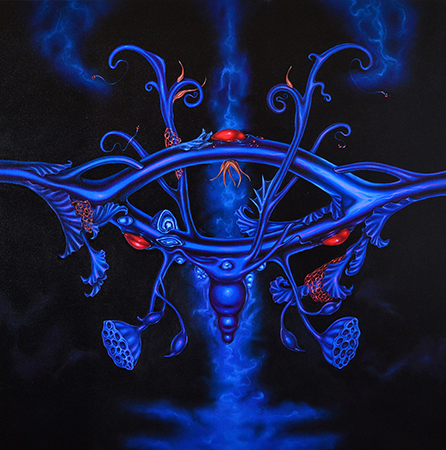 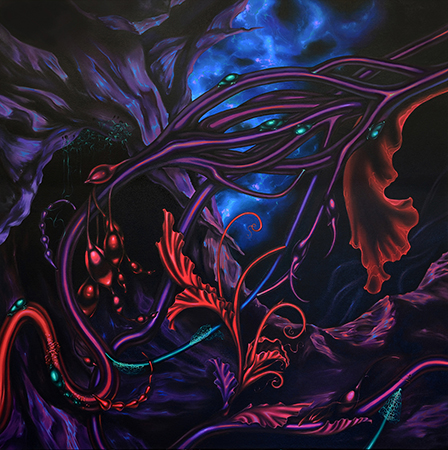 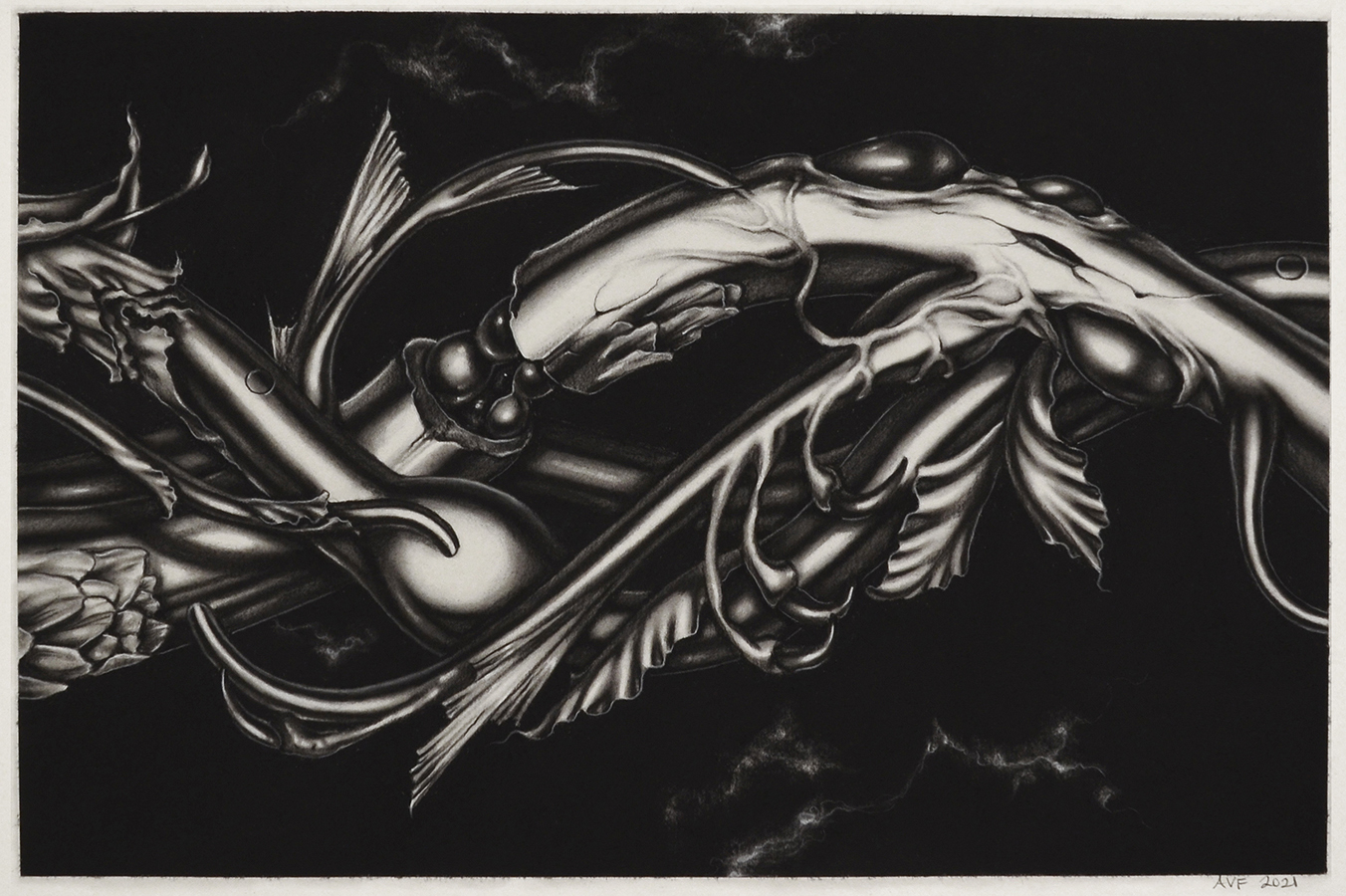 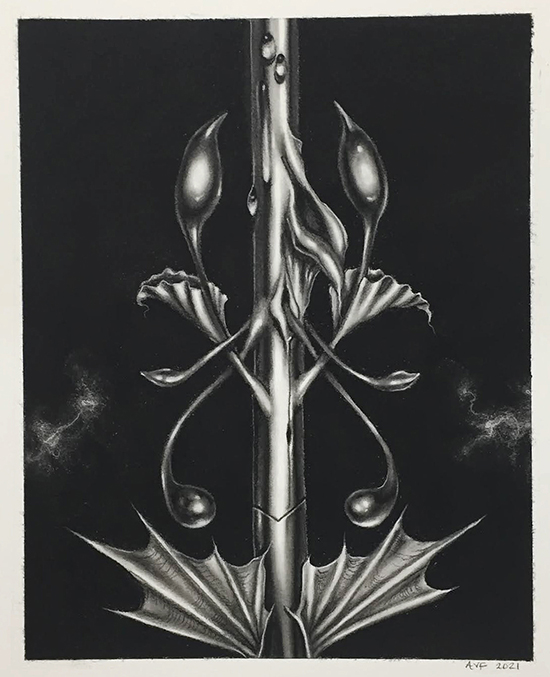 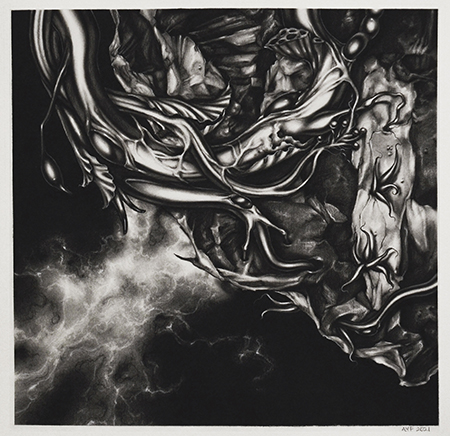 Twisting through the cool, neon night. Clinging, straining, stunned by a shrill and inhospitable light.