I am an African American woman who was raised by a Mexican family in Los Angeles, California. The complications, complexities, and nuances that come along with being a transracial adoptee have broadened my senses and ultimately shaped me to become the person I am proud to be today. I have been fortunate enough to intern as a designer at both Estee Lauder and PlayStation. My work combines the disciplines of Visual Communication Design with Anthropology to explore the design within humanity.  My unique experience as a first generation, woman minority student at a PWI (Private White Institution) is reflected in my artwork and designs.The diversity of cultural influences I was consumed by as a child has also impacted my artistic language.  I want to be the voice for the unheard and discriminated against.

The historic dehumanization of black women slowly evolved to the dangerous stereotypes that exist in our American society even today. For example, the SBW (strong black women) stereotype is inherently oppressive because it is a cultural prescription to the constant suffering that many Black women have experienced generationally. The negative implications of the SBW stereotype is observed in the medical field. Black women are not given the same treatment for pain as their white counterparts, which has resulted in the death of many Black mothers. These harmful depictions of a Black woman’s identity has also affected the mental health of Black women in this contemporary society.

My design intervention is a commentary on the four very popular stereotypes that are used to portray Black women: the Welfare Queen, the Angry Black Woman, the Jezebel, and the Mammy. My design counters these four stereotypes through visualizations of the cultural diversity of Black Notre Dame female students whose true identities are oftentimes overlooked. To present the stark contrast between a societally constructed stereotype and the reclamation of true identities, I paired images into sets of two. This symbolizes the shadow society systemically casts upon the true realities of most Black women. 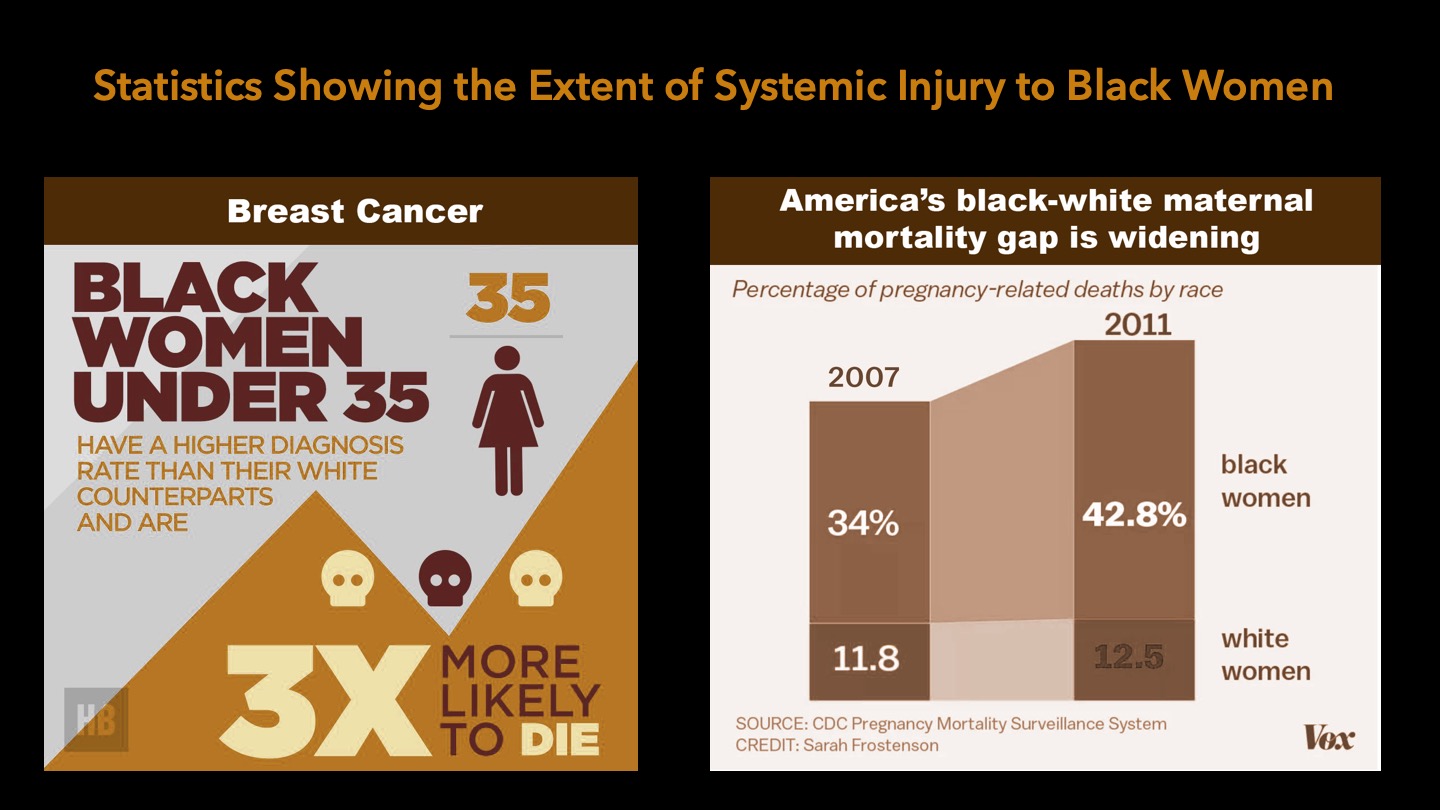 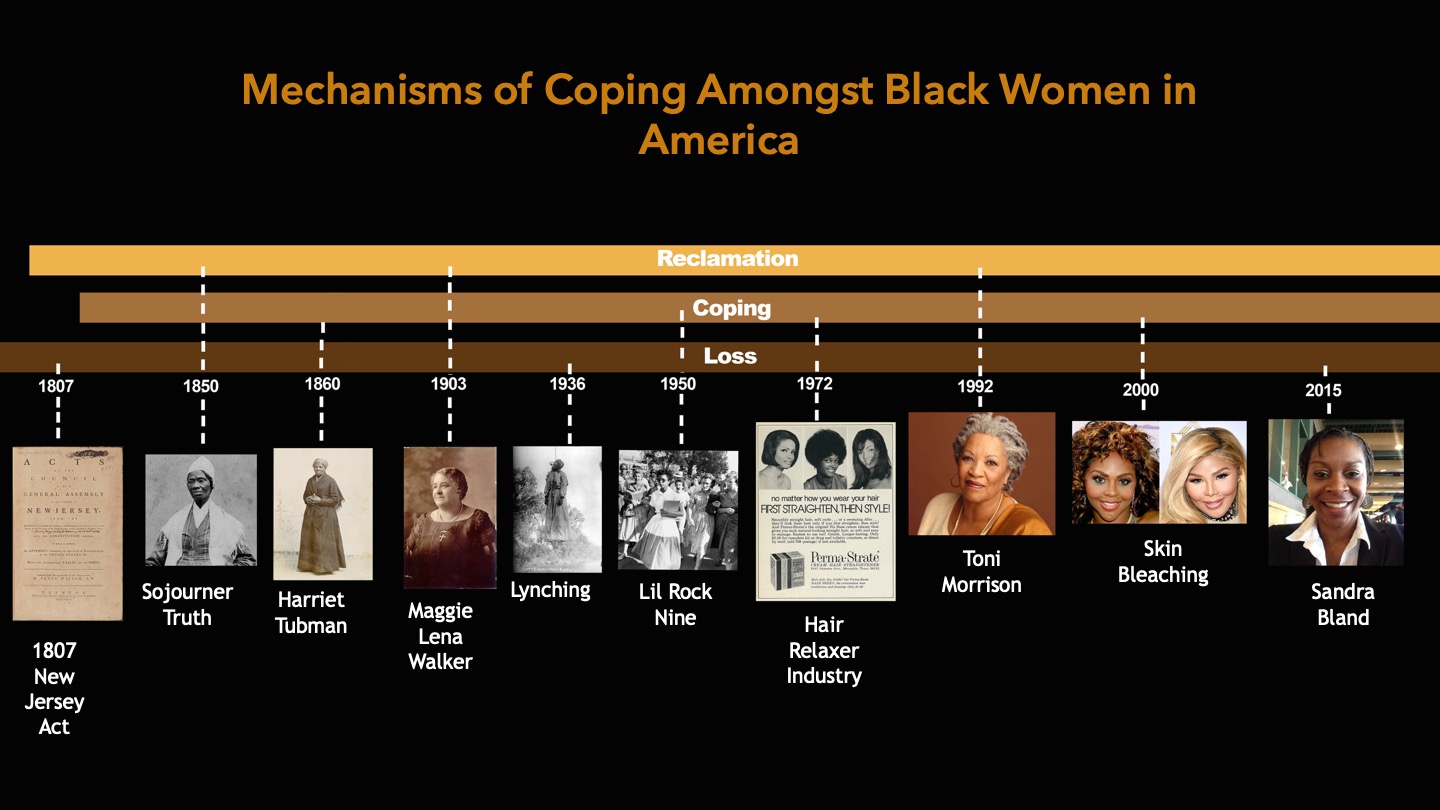 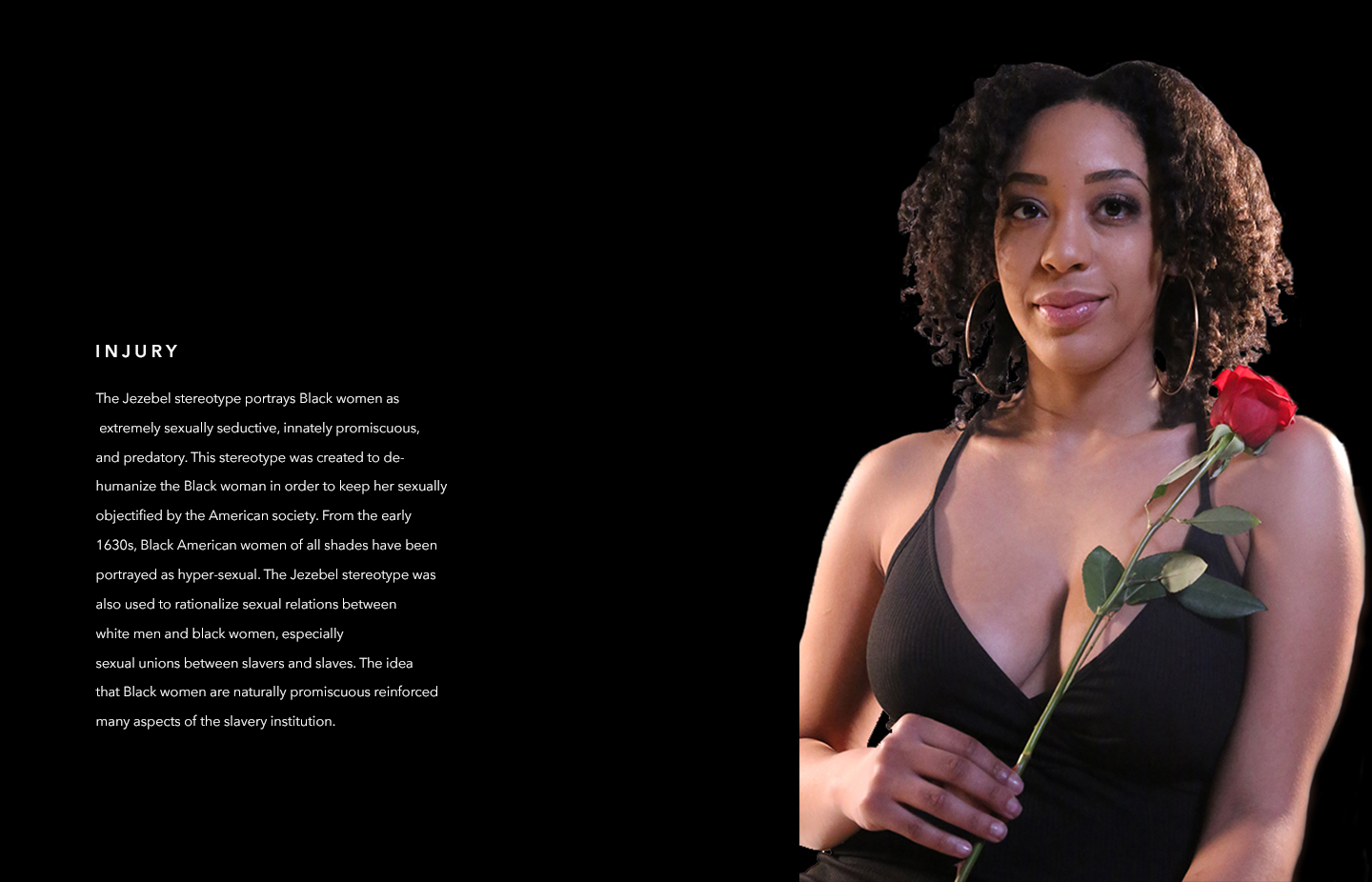 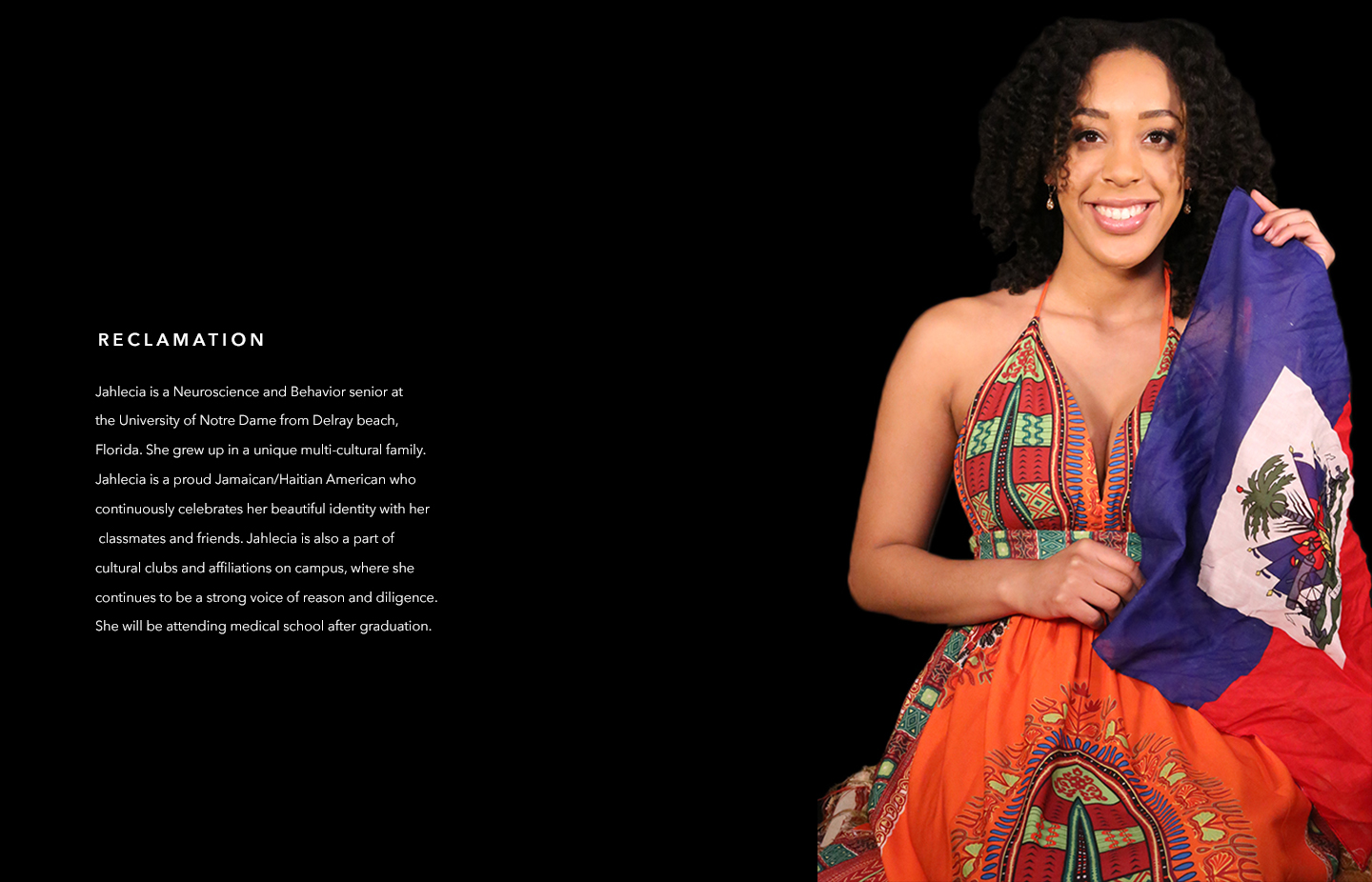 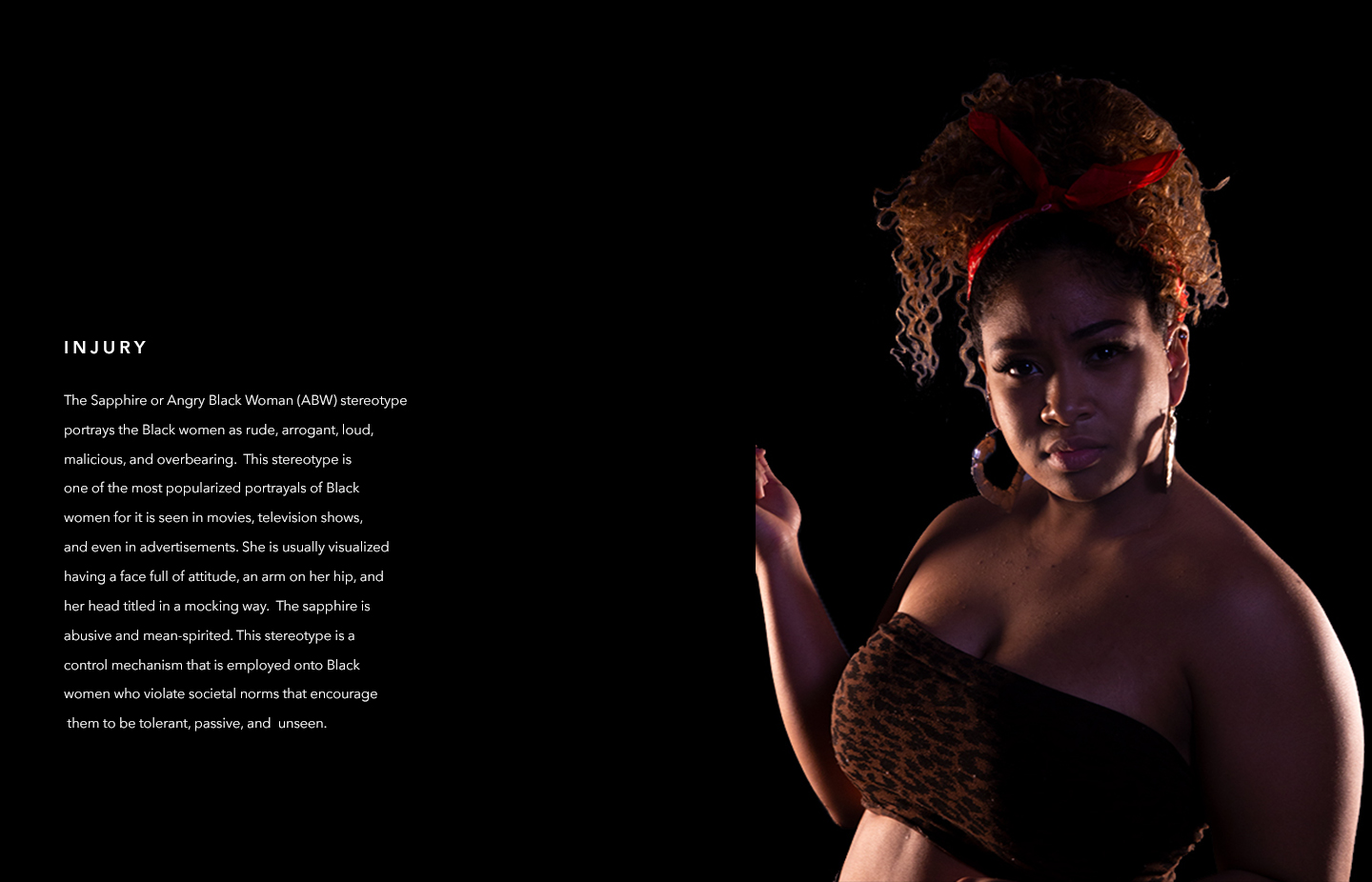 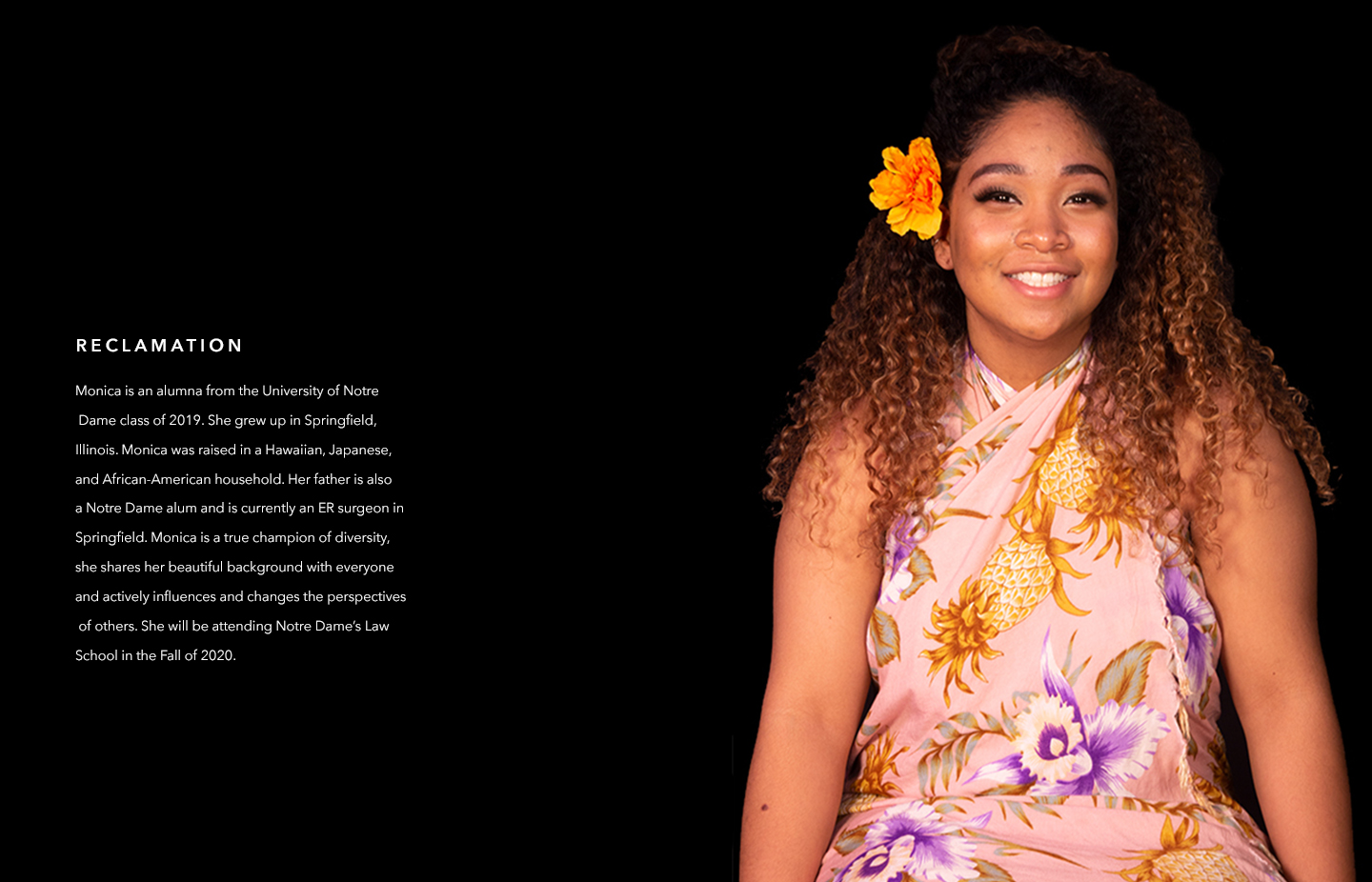 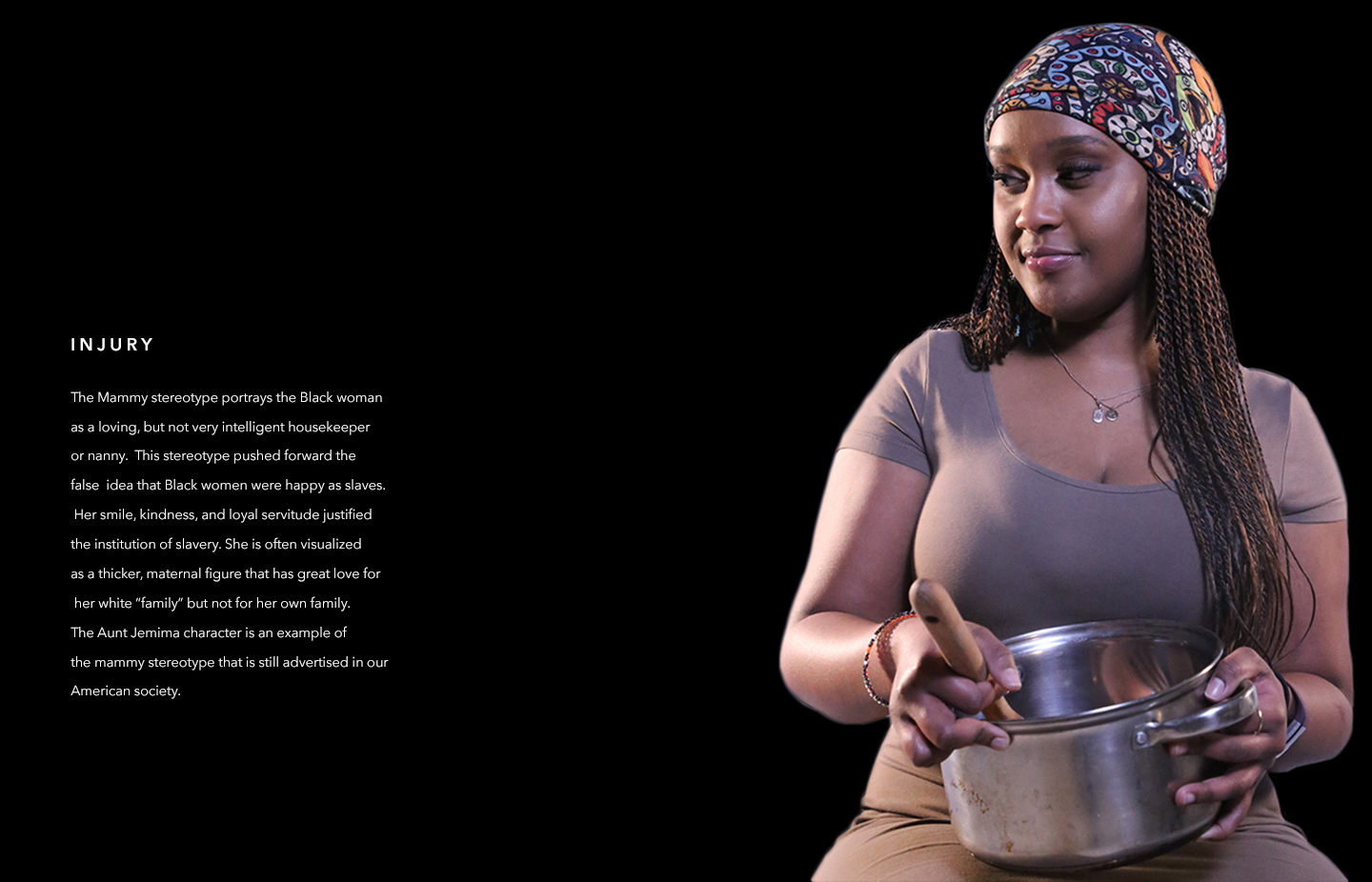 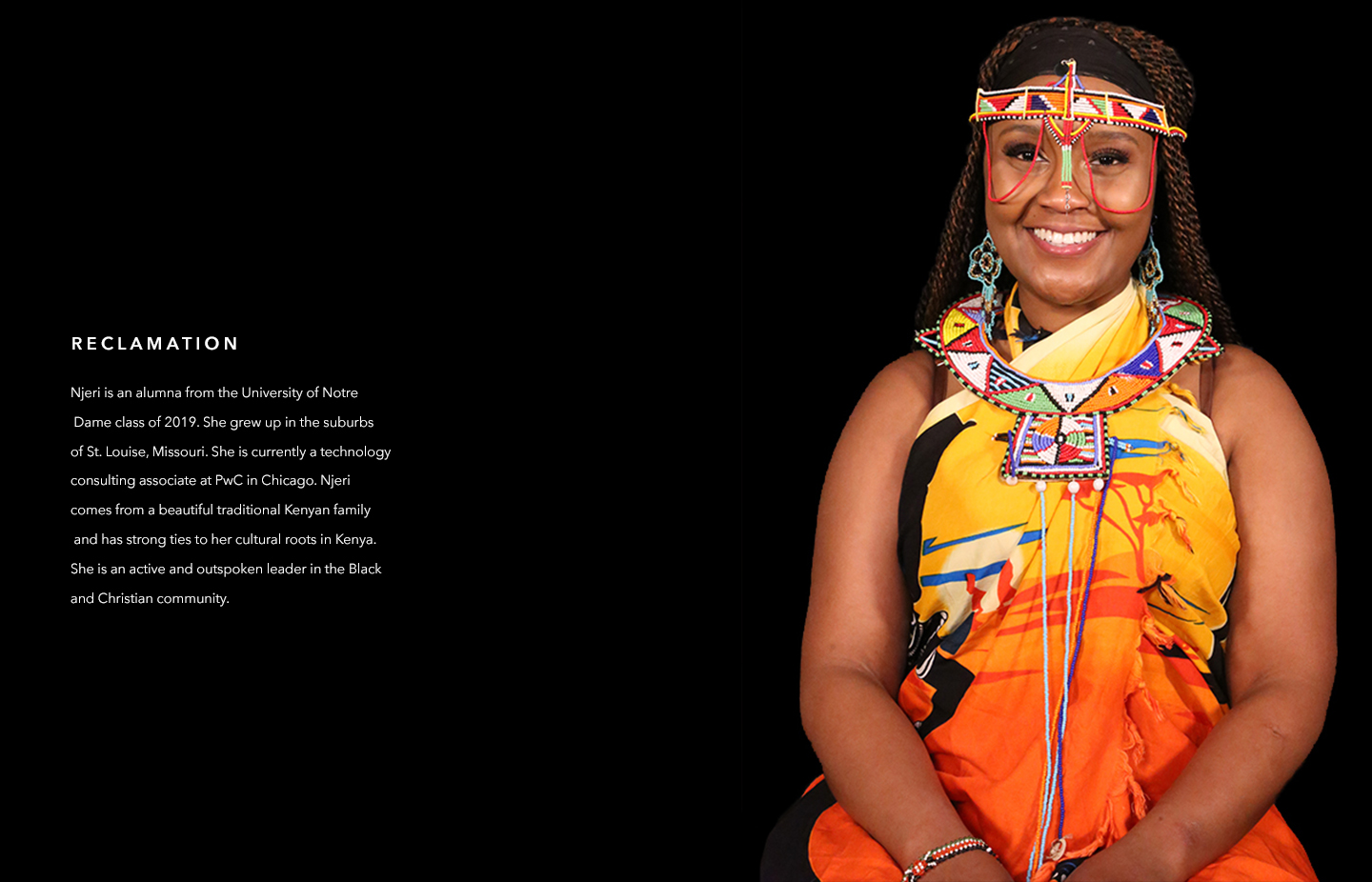 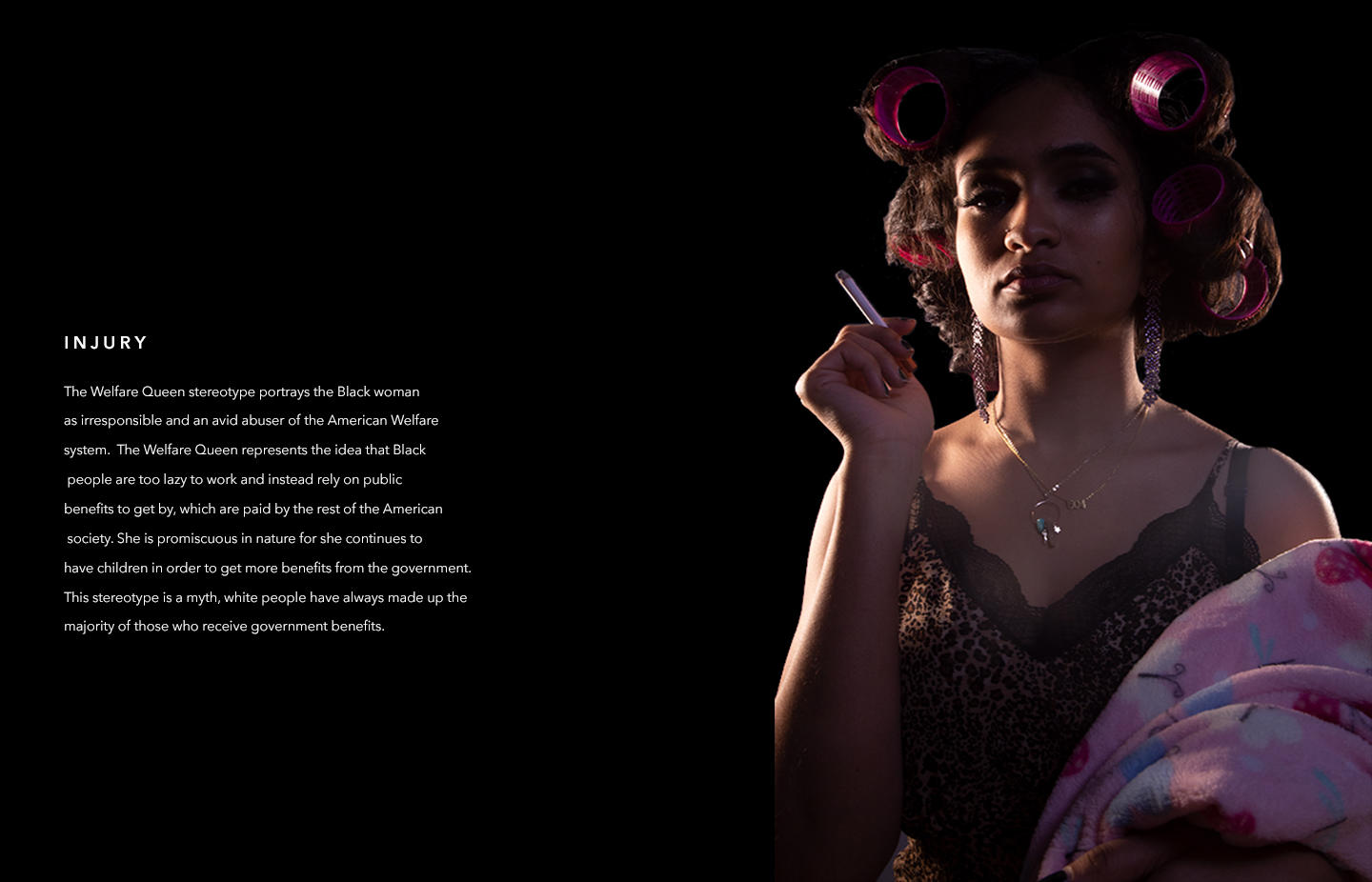 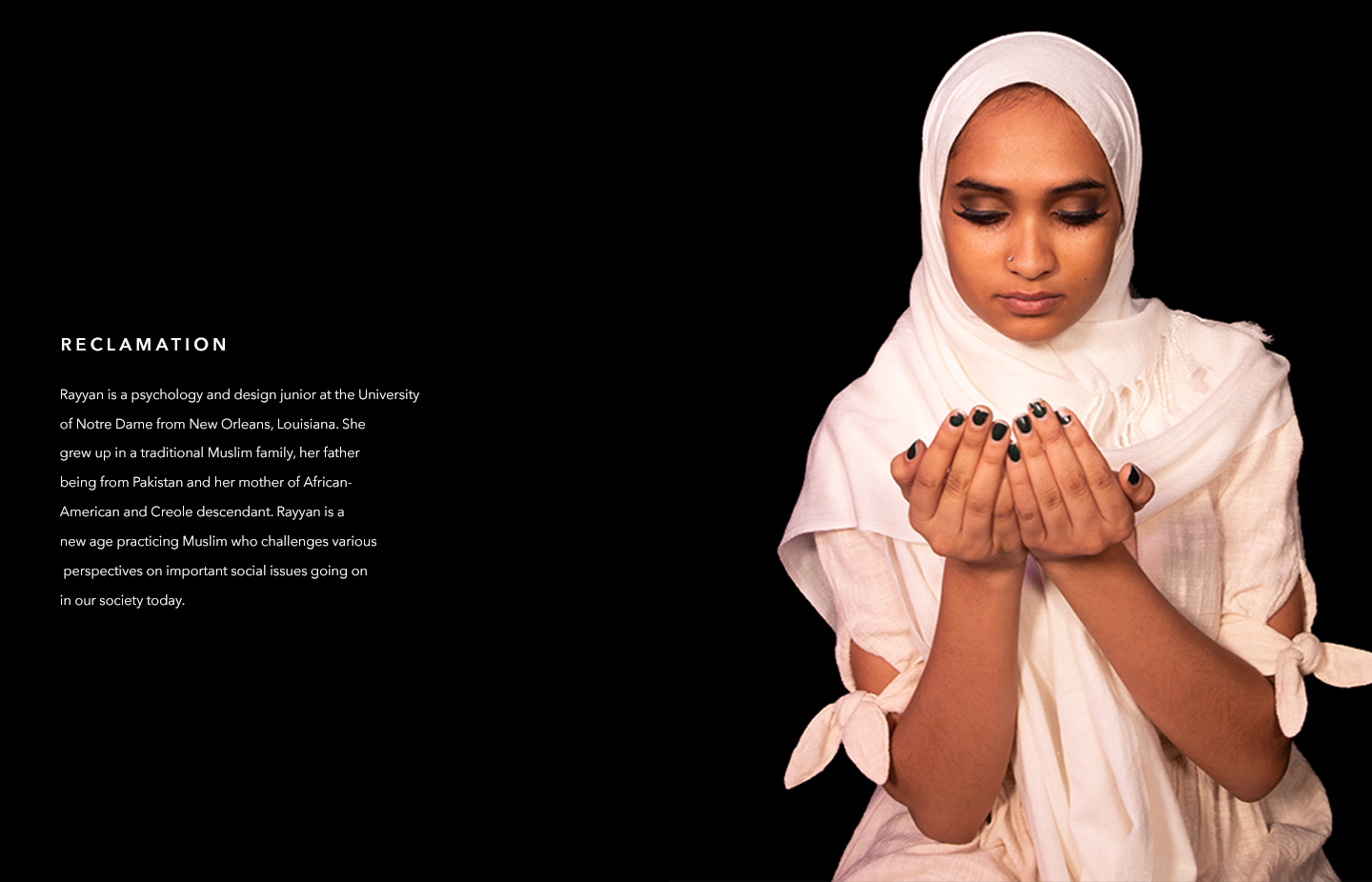