My name is Jacob Rush, and I am an Industrial Design major. The latter part of my education at Notre Dame has shifted my focus towards digital user experience. My work now focuses on seamlessly easing the transition of previously physical experiences into a new digital frontier.

My early work as an industrial designer has offered me an invaluable perspective into the defining affordances of physical products. I believe a heightened sensitivity towards these physical affordances will be the single most challenging and critical aspect of digital design in the future. With the advent of augmented and virtual reality, in addition to the ever-advancing onslaught of physical processes and products transitioning into the digital world, it is ever important that designers have a heightened sensitivity towards the haptics of the physical world.

I work as a designer bridging this transition from the physical to the digital, for the people whose understanding of the world is deeply physical.

“It bears remembering that the purpose of a free press and free speech is to communicate ideas, challenge ideologies… and inspire creativity in public policy (Mark Levin, 2019).”

The press holds a substantial authority over the perception of the public. By deploying biased spin and outright misinformation, the press has the ability to warp political conversation and sway public opinion. This hijacking of the American public opinion can have drastic consequences on our democracy. As revealed in the 2016 American presidential election, information technologies and a partisan press have the ability to sway public opinion and influence elections.

This spread of misinformation and the disintegration of public political conversation is amplified with the advent of social media. Twitter and Facebook have erected political and conversational silos, referred to as echo chambers, where misinformation lurks and thrives. Political conversation in these echo chambers is single-minded, and quickly transgresses into hostile mob-mentality against any and all opposition. In reality, there is little bipartisan conversation on social media due to these echo chambers – overwhelmingly, Republicans interact solely with Republicans, and Democrats interact solely with Democrats.

Americans are battered with an onslaught of misinformation and forceful biases discharged by the press. Social media platforms are propagating this misinformation, censoring any dissenting opinions, and giving rise to echo chambers, which completely undercut the possibility for any productive political conversation.

Without a method to properly check biases and misinformation, we as a nation run the risk of having public opinion hijacked by a tremendously partisan press. Without a venue to engage in public political conversation, critique opinions, and challenge ideologies, we run the risk of hampering the human ingenuity needed to improve our body politic. 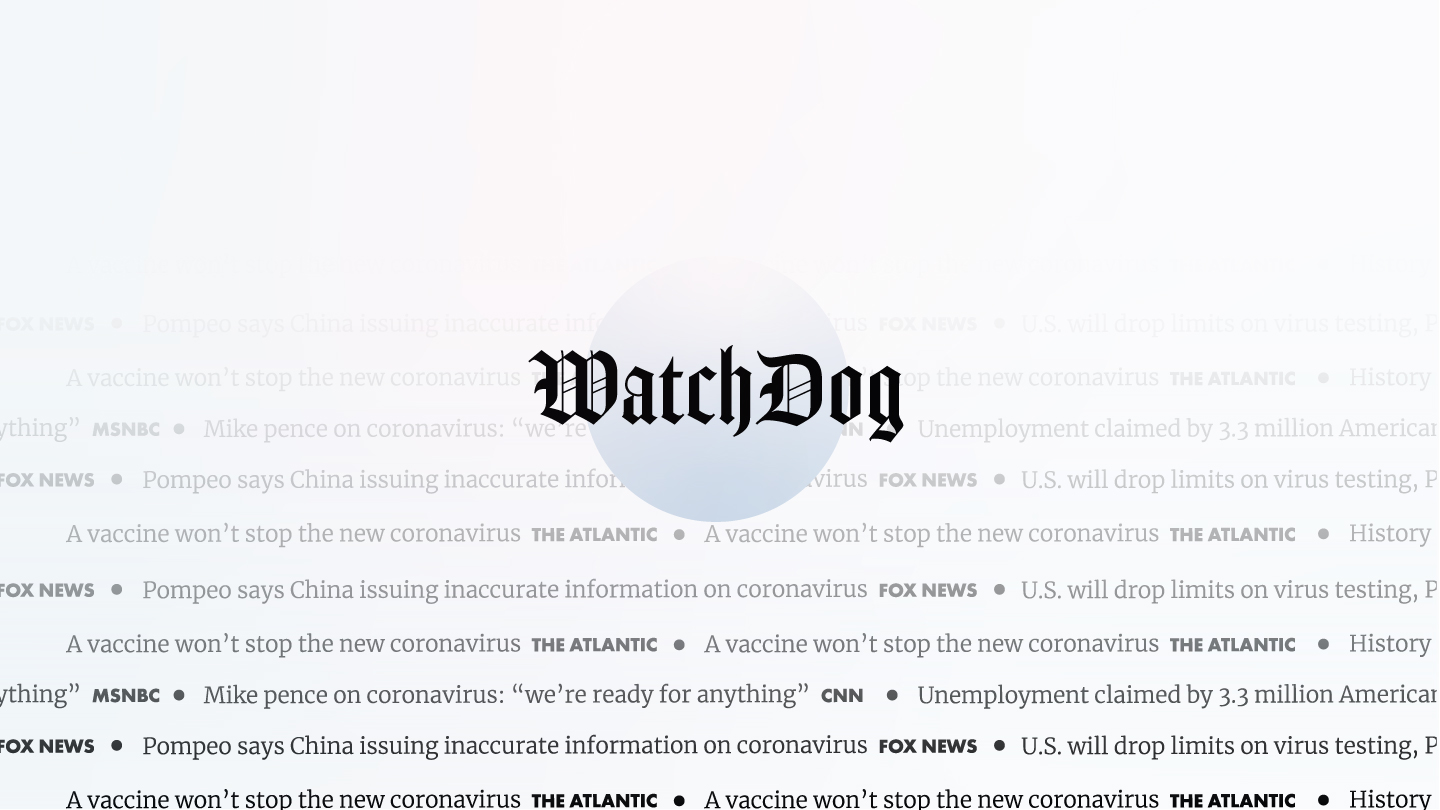 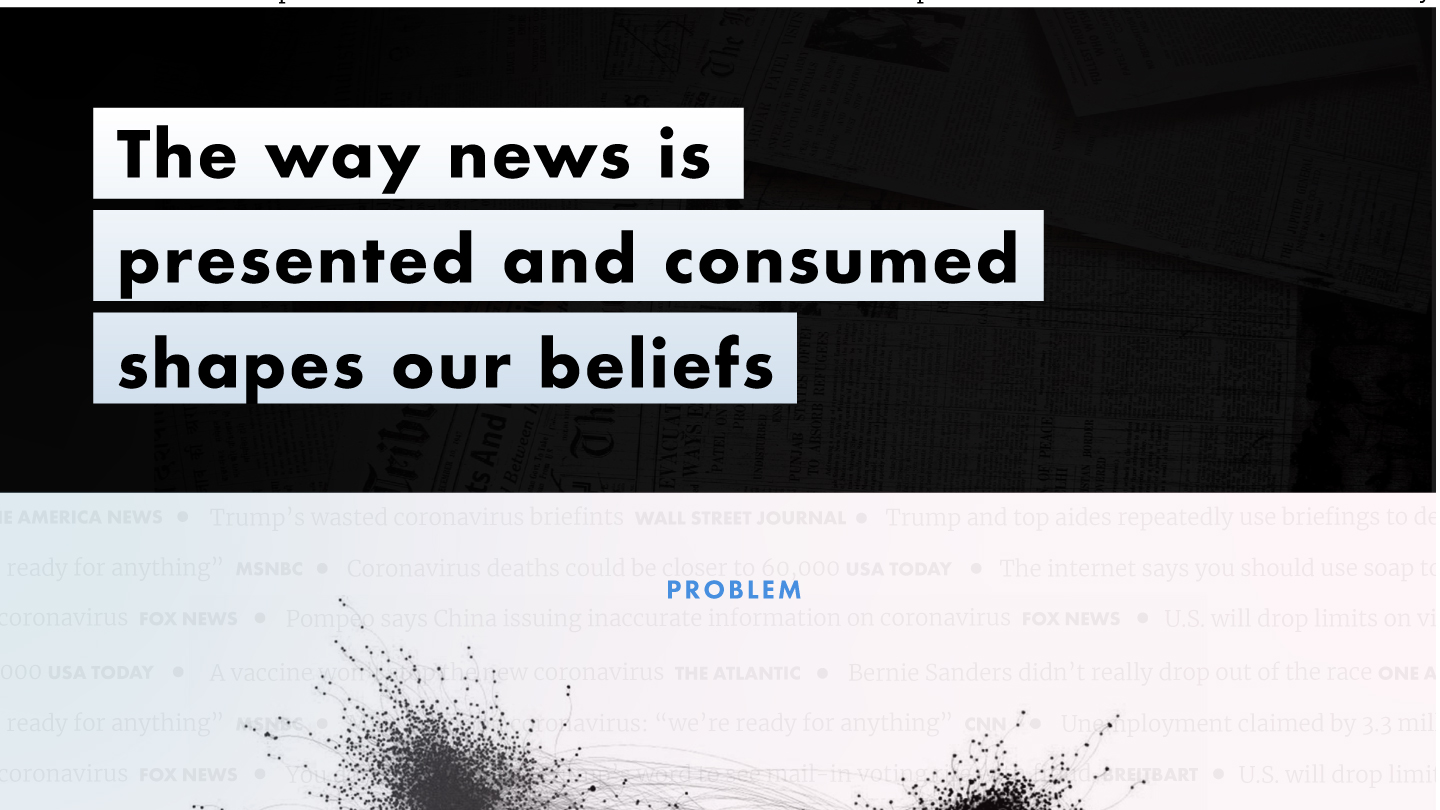 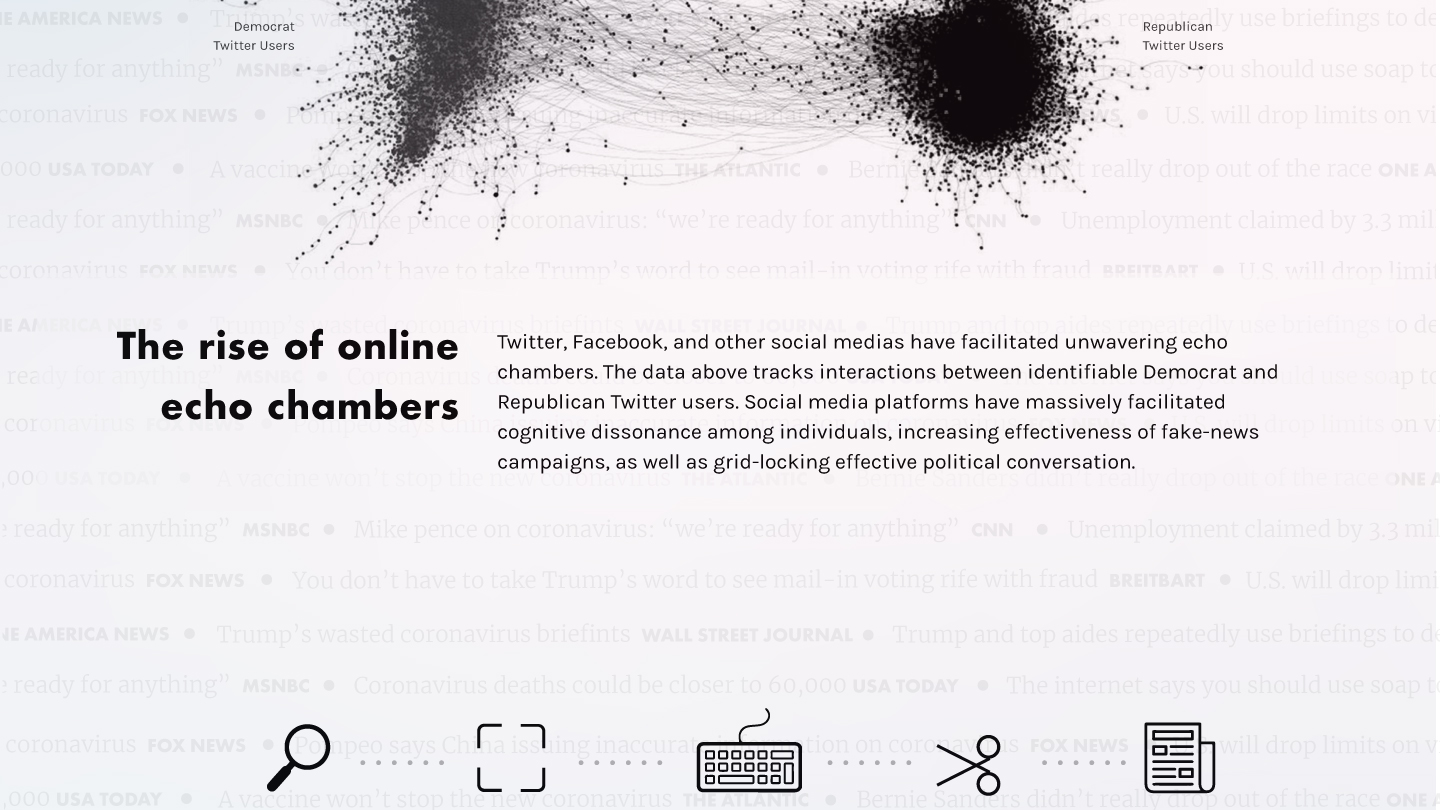 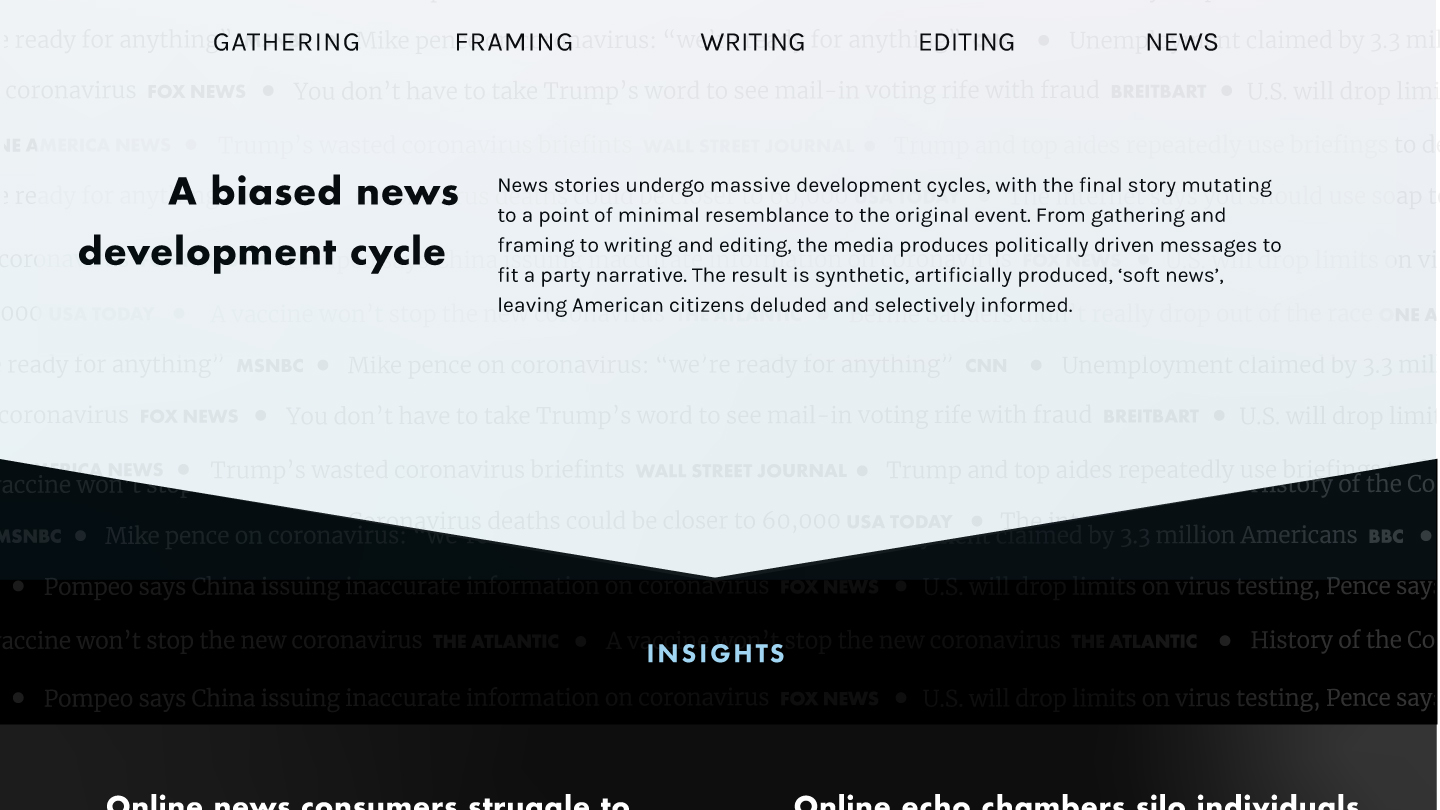 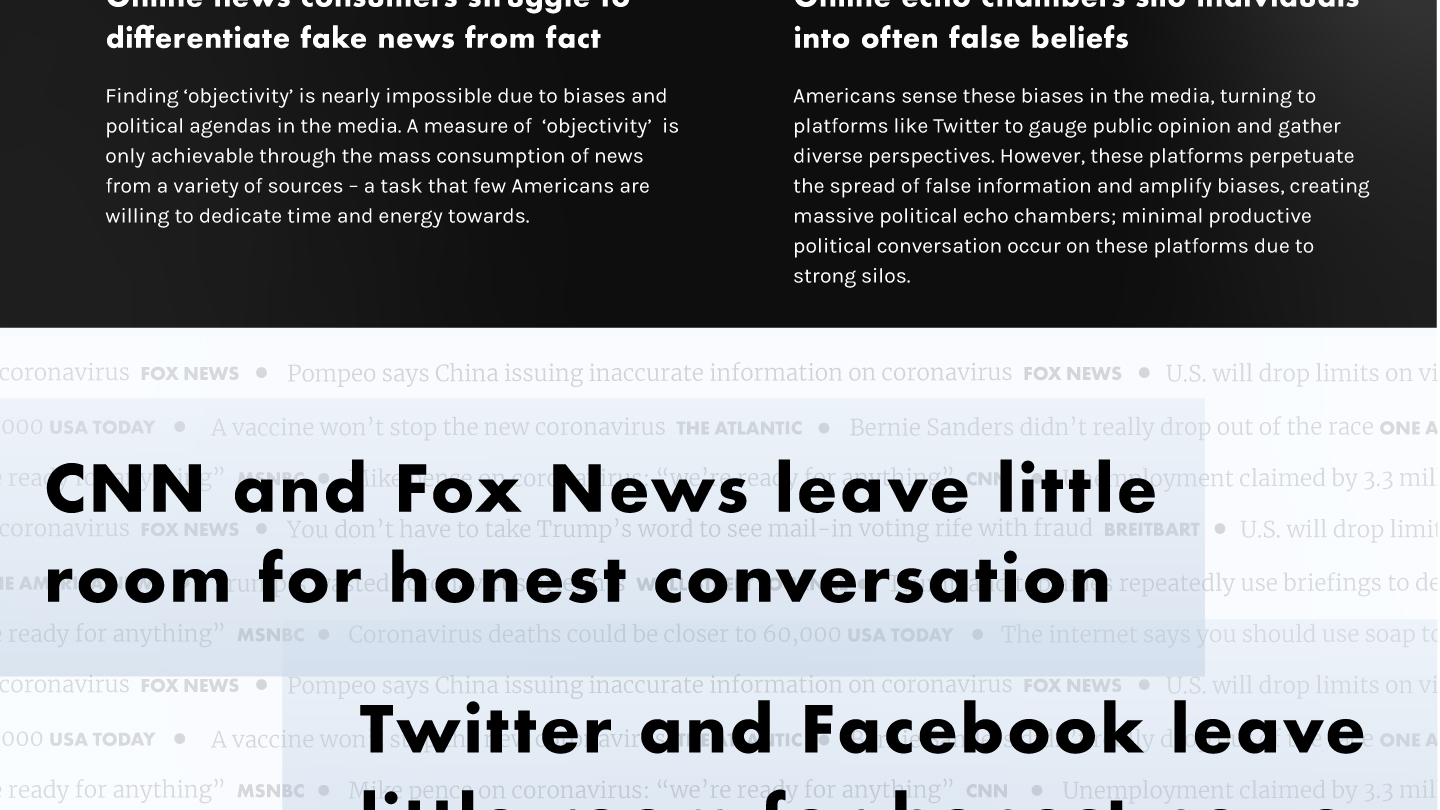 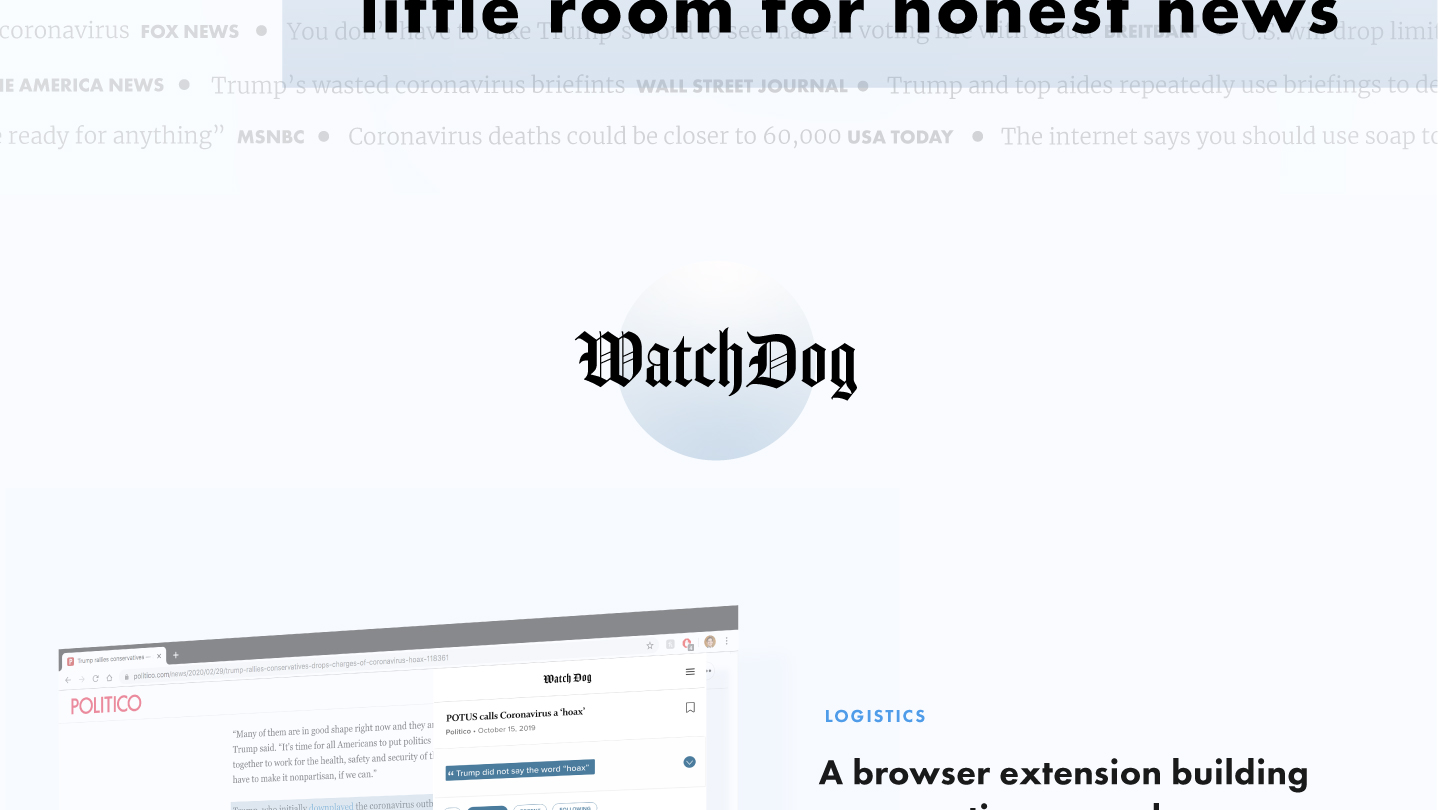 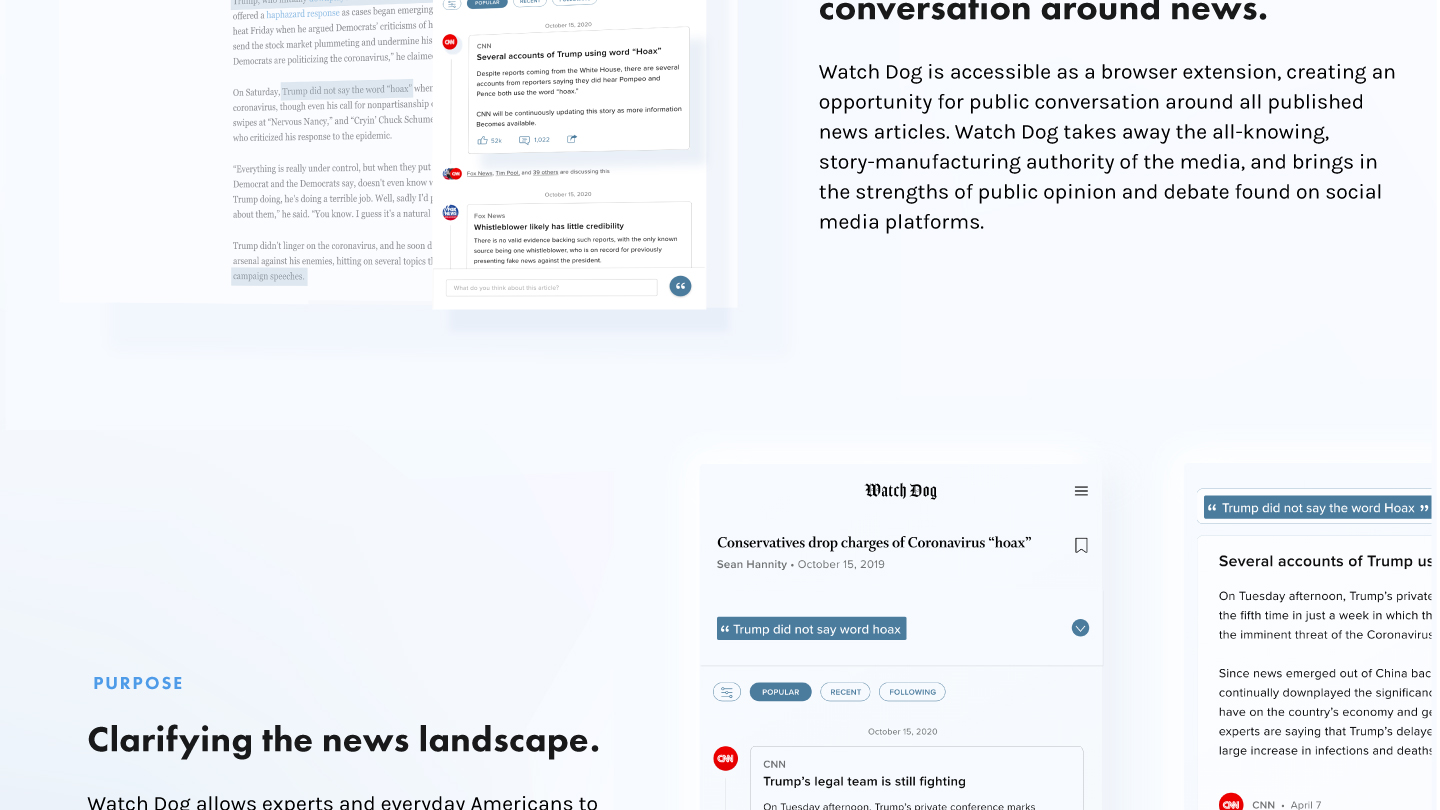 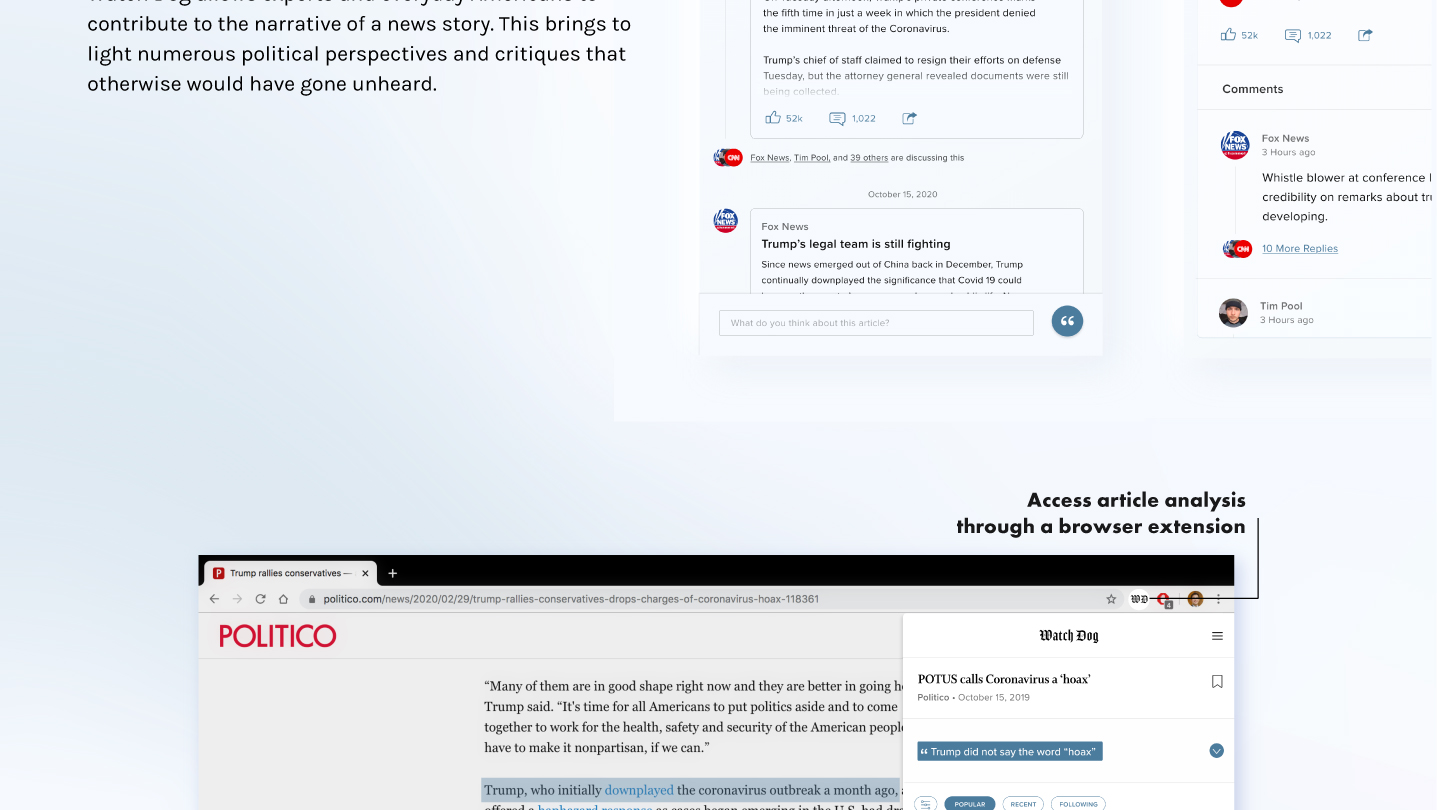 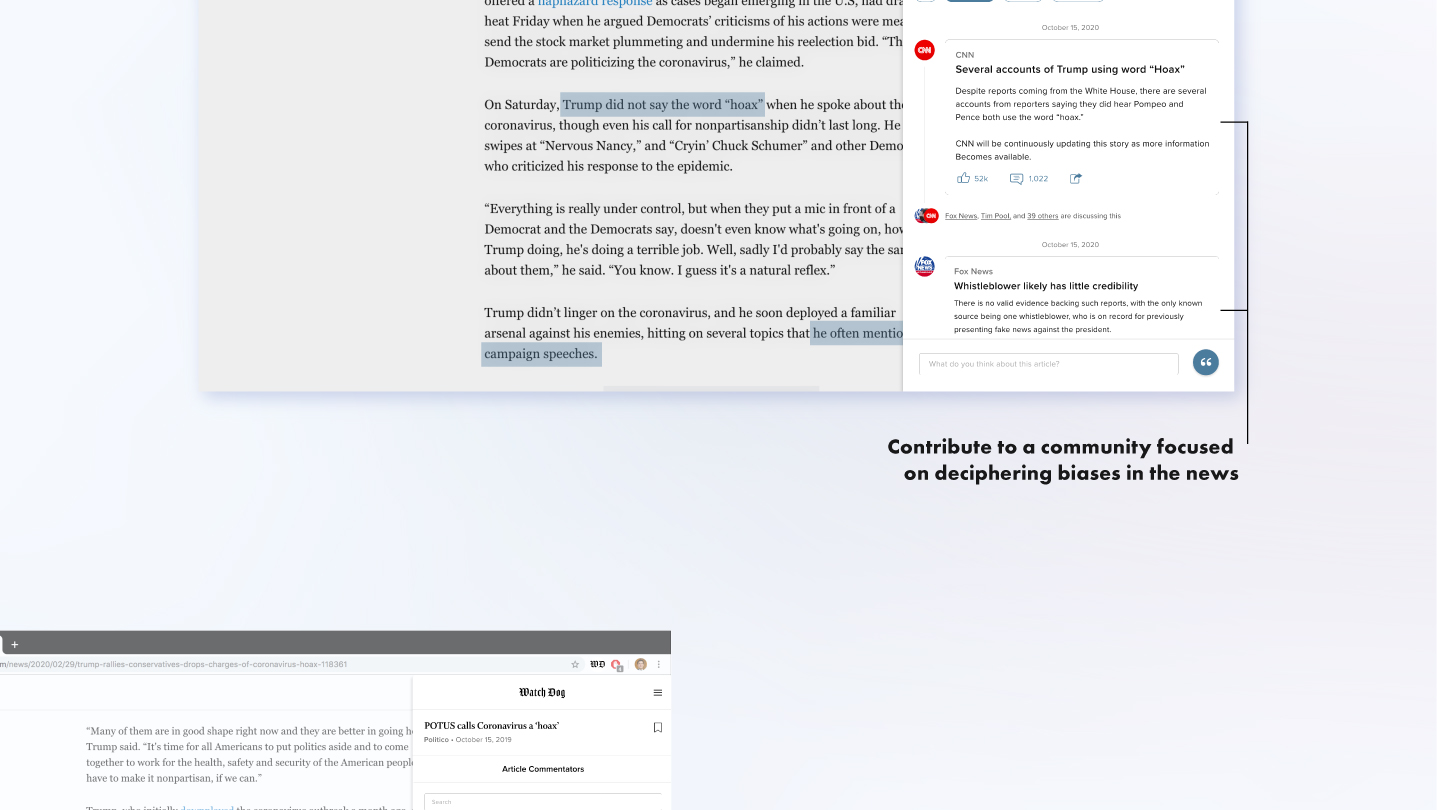 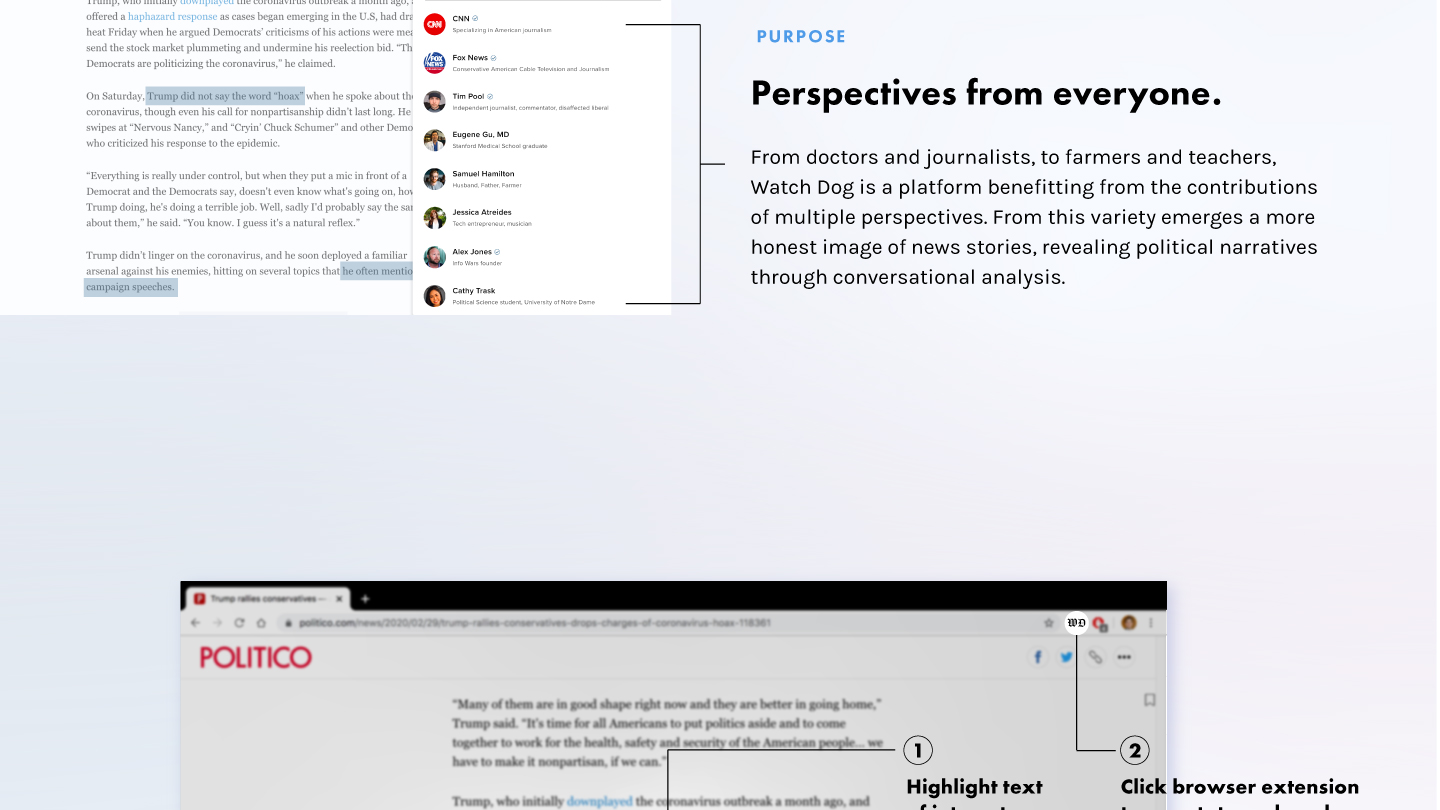