I am a Visual Communication Design BFA student with a minor in Computing Digital Technologies and a UI/UX track concentration. I came to Notre Dame with a passion for design and started my freshman year as a VCD major, taking a studio class my first semester. That passion has grown, and I am so excited to see how I can apply what I have learned and simultaneously grow in the design industry.

At Notre Dame I am heavily involved in Camp Kesem, as a counselor and a member of the coordination board as the advertising, marketing and PR co-coordinator. I am also very involved with Farley Hall as an RA and previously as the apparel commissioner and welcome weekend ambassador. Additionally, I was lucky enough to have the opportunity to study abroad in London, Jerusalem and Rome to explore and pursue my love of traveling. I also love baking, spending time with my family, dance fitness and Schitt’s Creek.

My mom has always been such a positive influence in my life, but as a woman working in a male dominated workplace, I have seen how much of a role gender bias plays in the workplace and the effect that it has. Therefore, I wanted to get a deeper understanding of what was happening in order to combat this problem.

For my initial research, I looked into gender bias in the workplace and learned that it manifests in many ways from discriminatory remarks to pay gaps to people taking credit for your ideas. Initially, I wanted to combat this problem with a mentoring program that helped prepare Notre Dame women undergraduates to enter the workplace.

However, as I took a step back during winter break, I realized that what what was actually needed was a call to action. I needed to create a way to combat this behavior at the source, and not just prepare women to handle it. I was so shocked by the catcalling statements in my interviews that I wanted these to be front and center in my campaign as to say this still exists and is still happening today to women in workplaces dominated by men. These statements are intended to catch the viewer’s attention and draw them in to learn more and ultimately to stand up and speak up against gender bias. Through the Speak Up awareness campaign, I am calling all Notre Dame students to action to be advocates and speak up against any gender bias in the workplace. 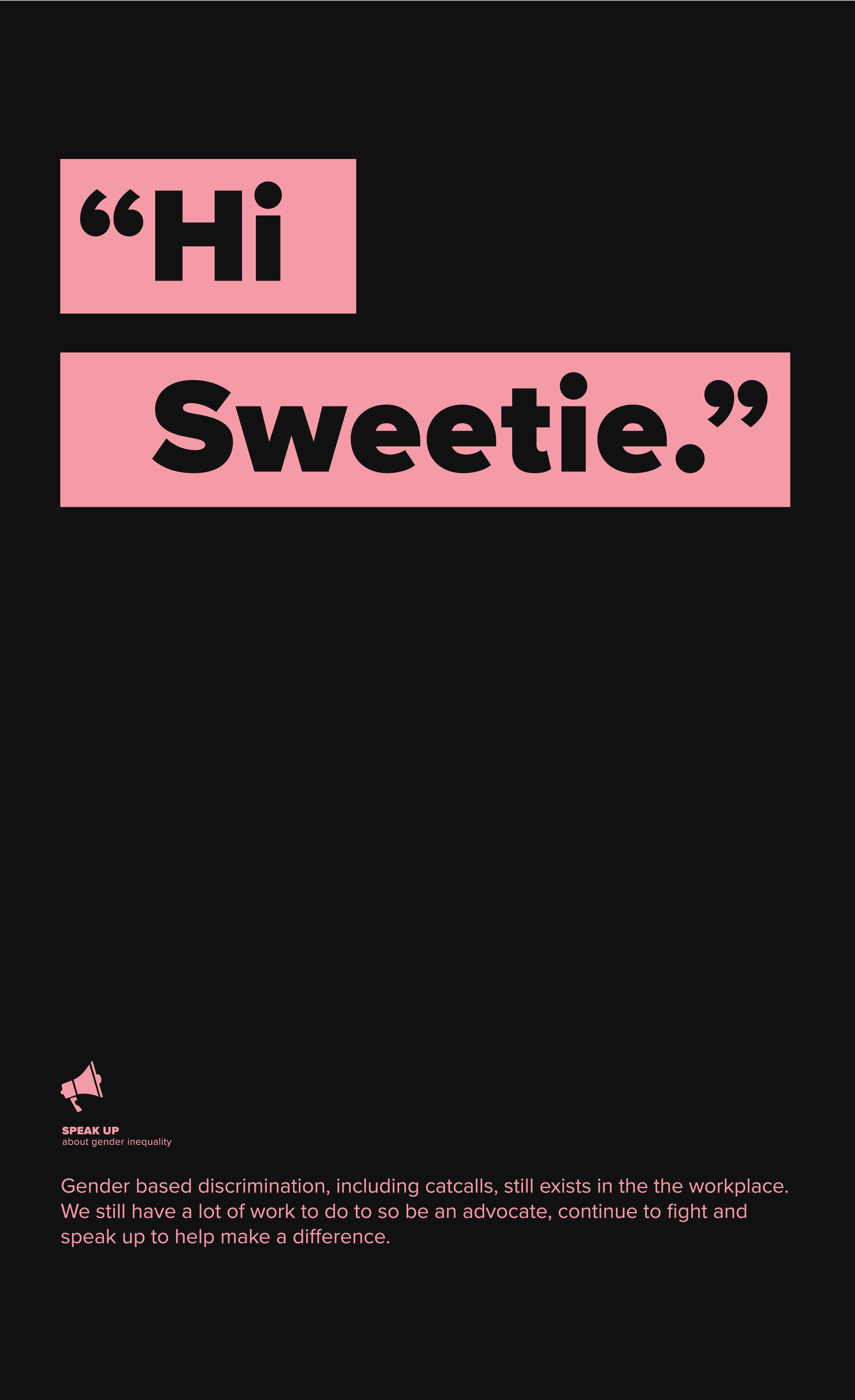 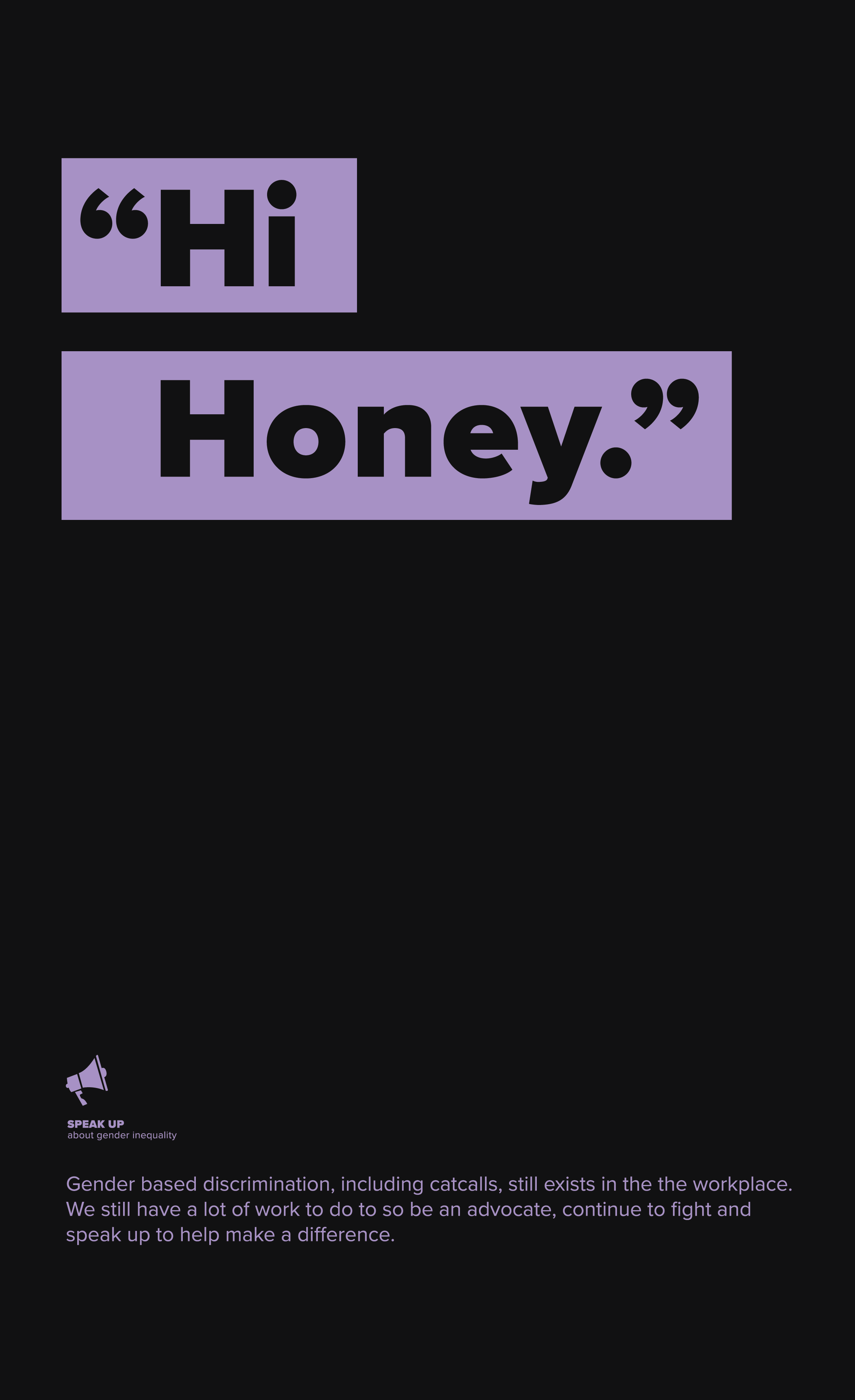 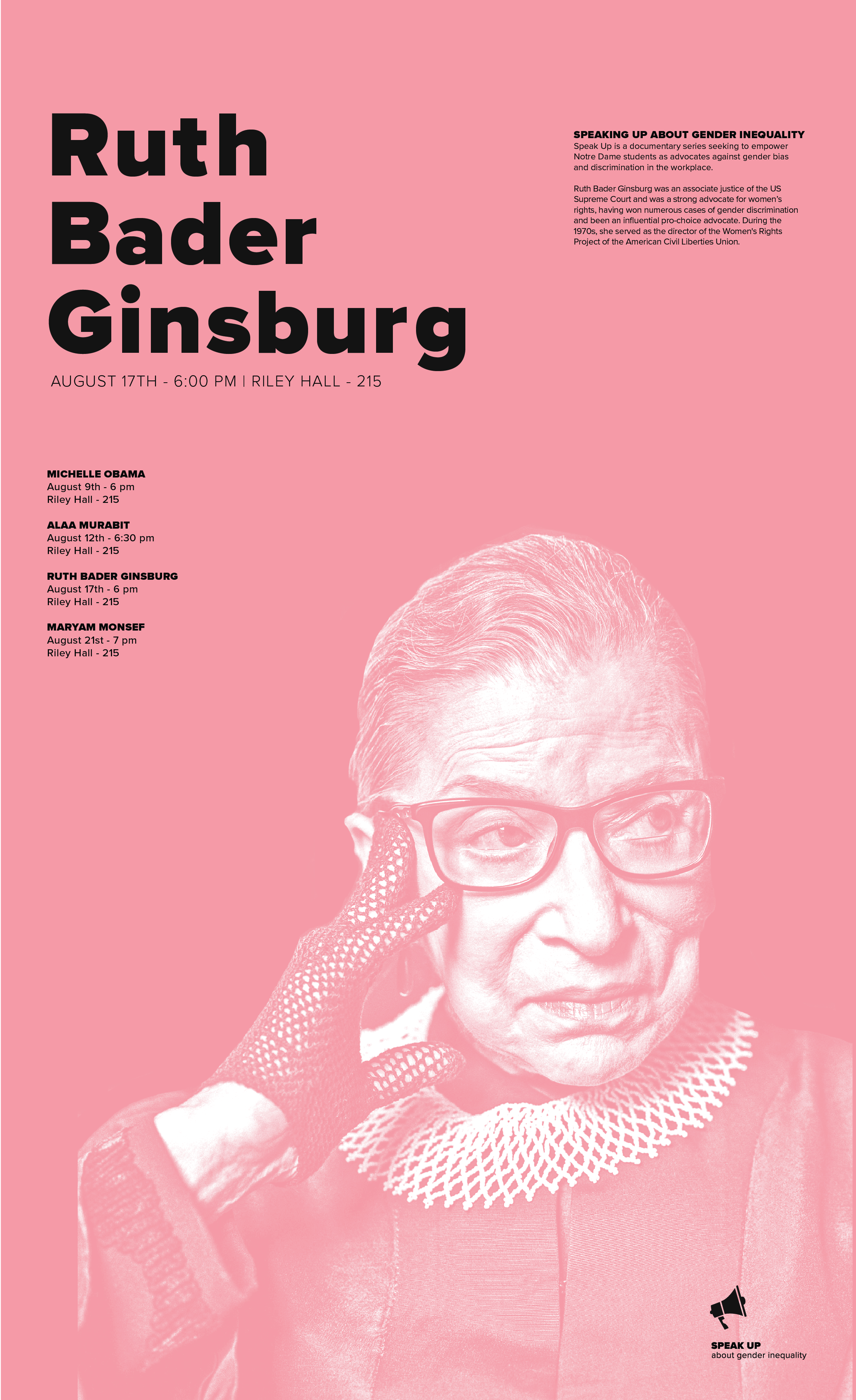 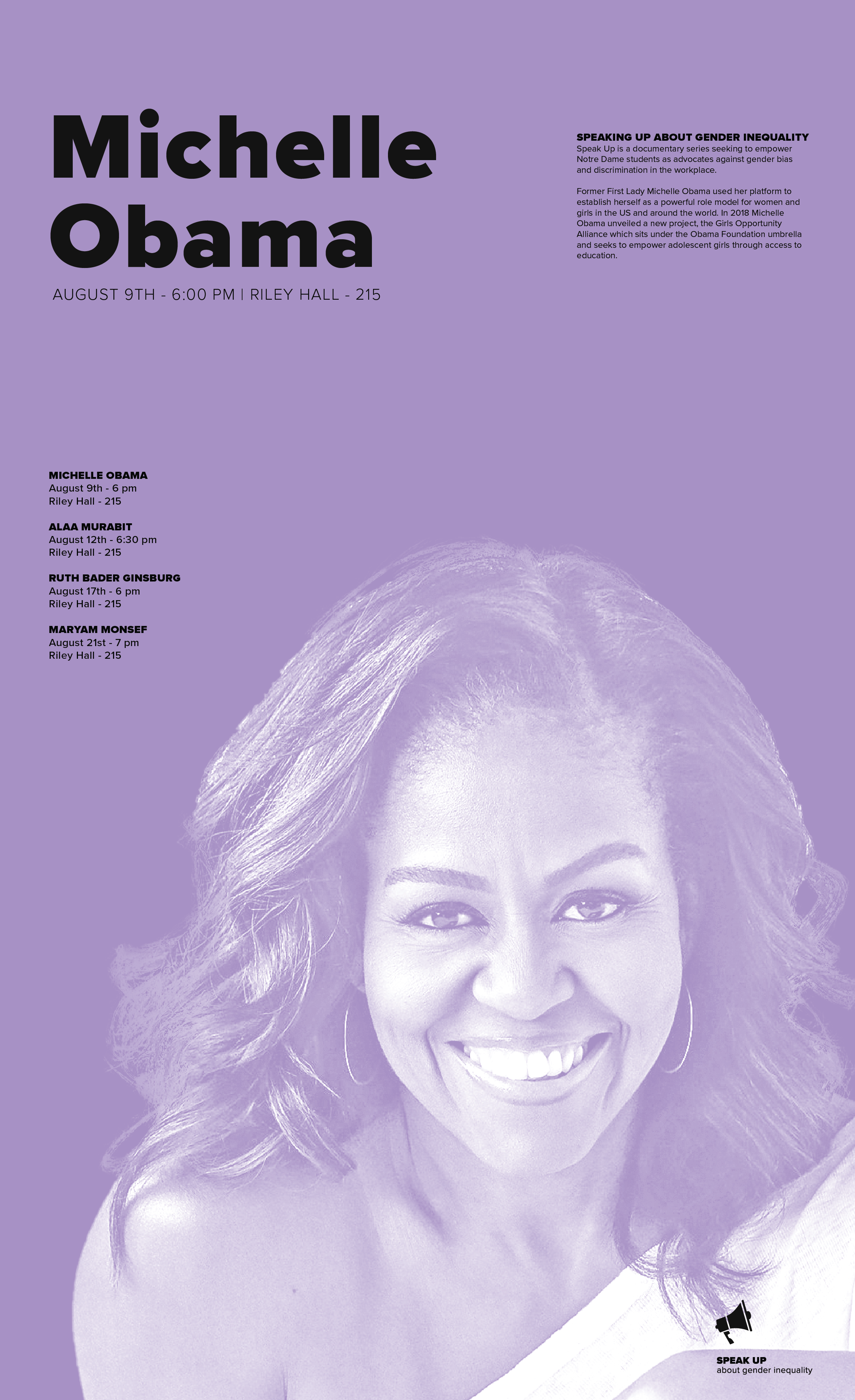 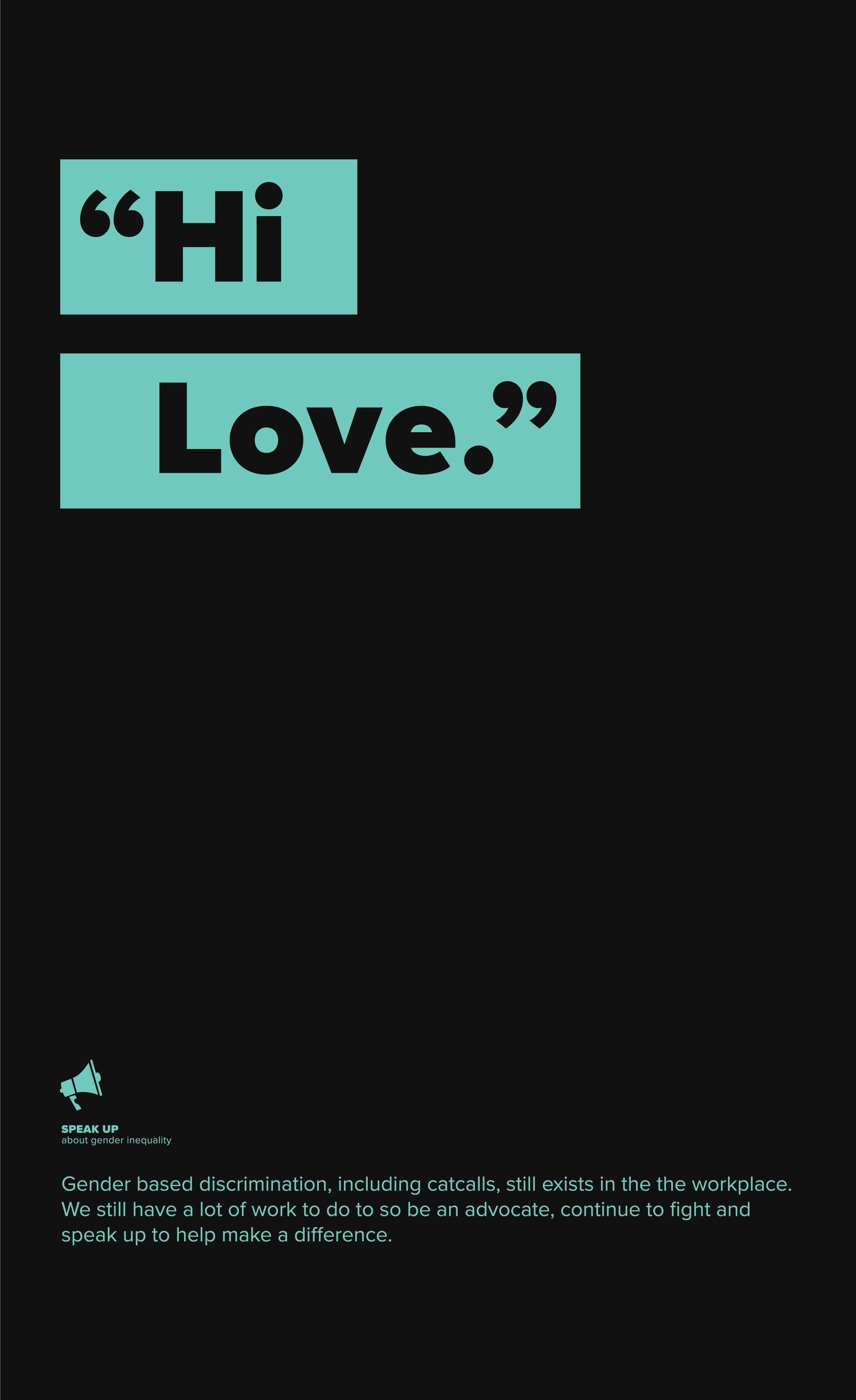 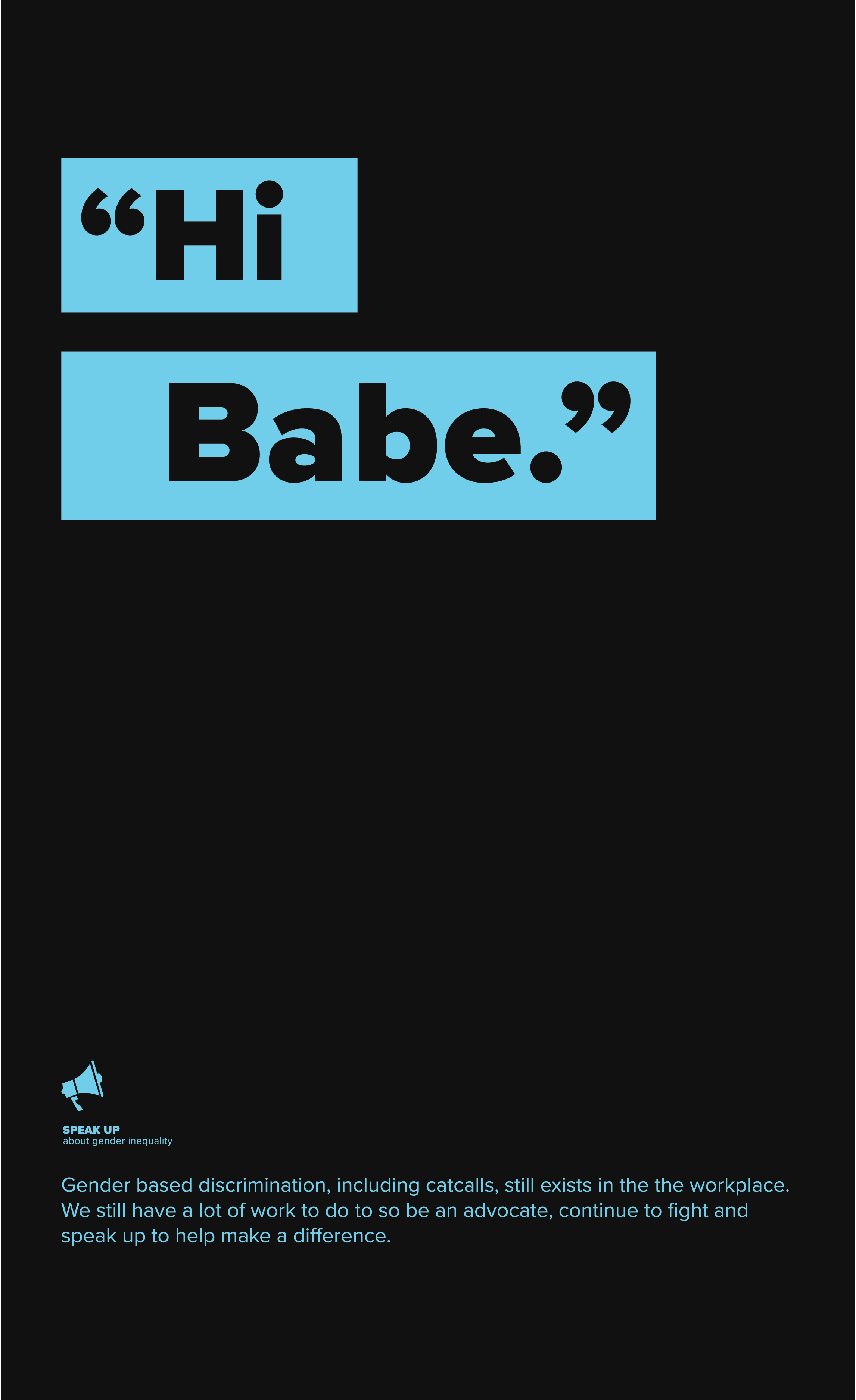 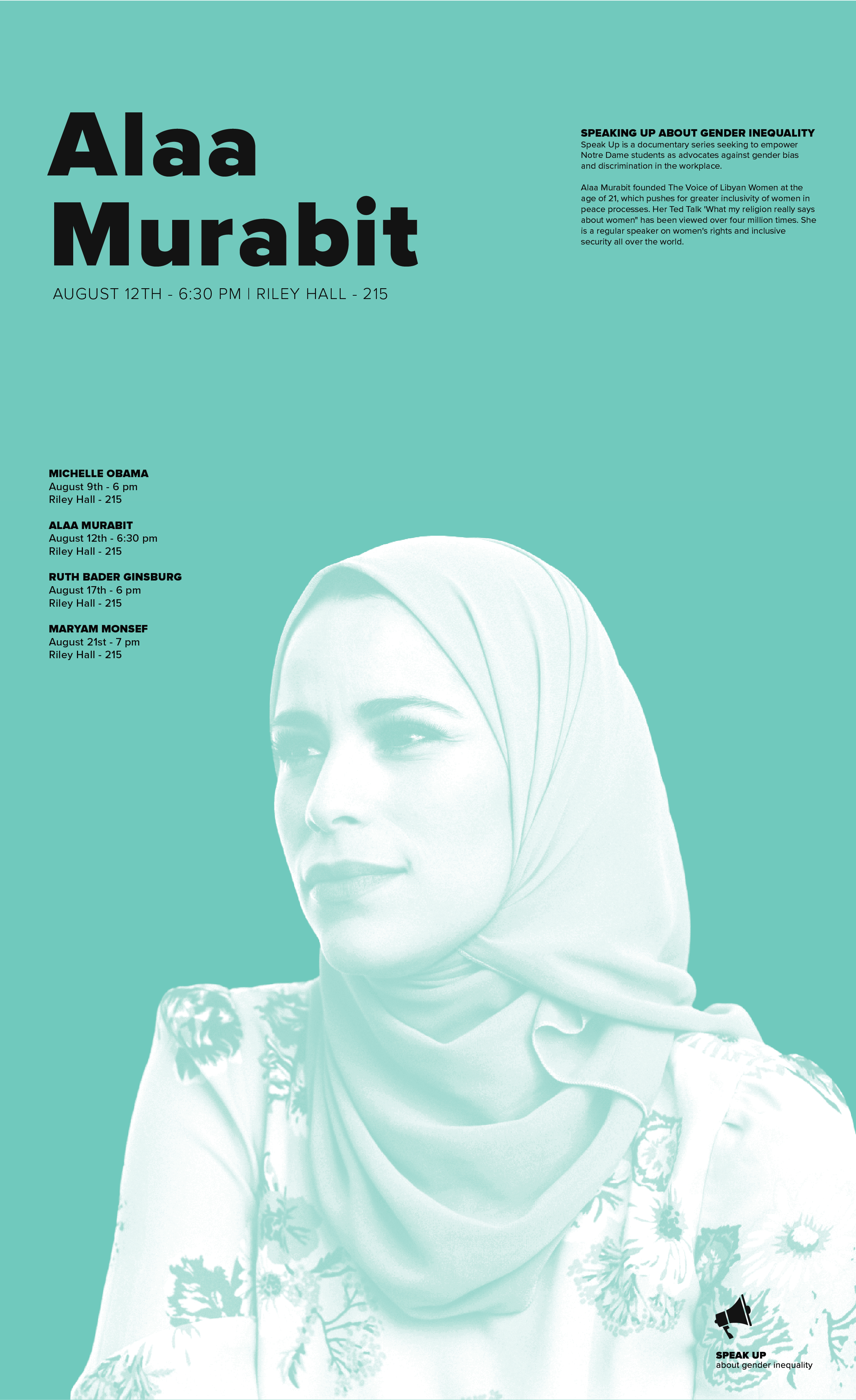 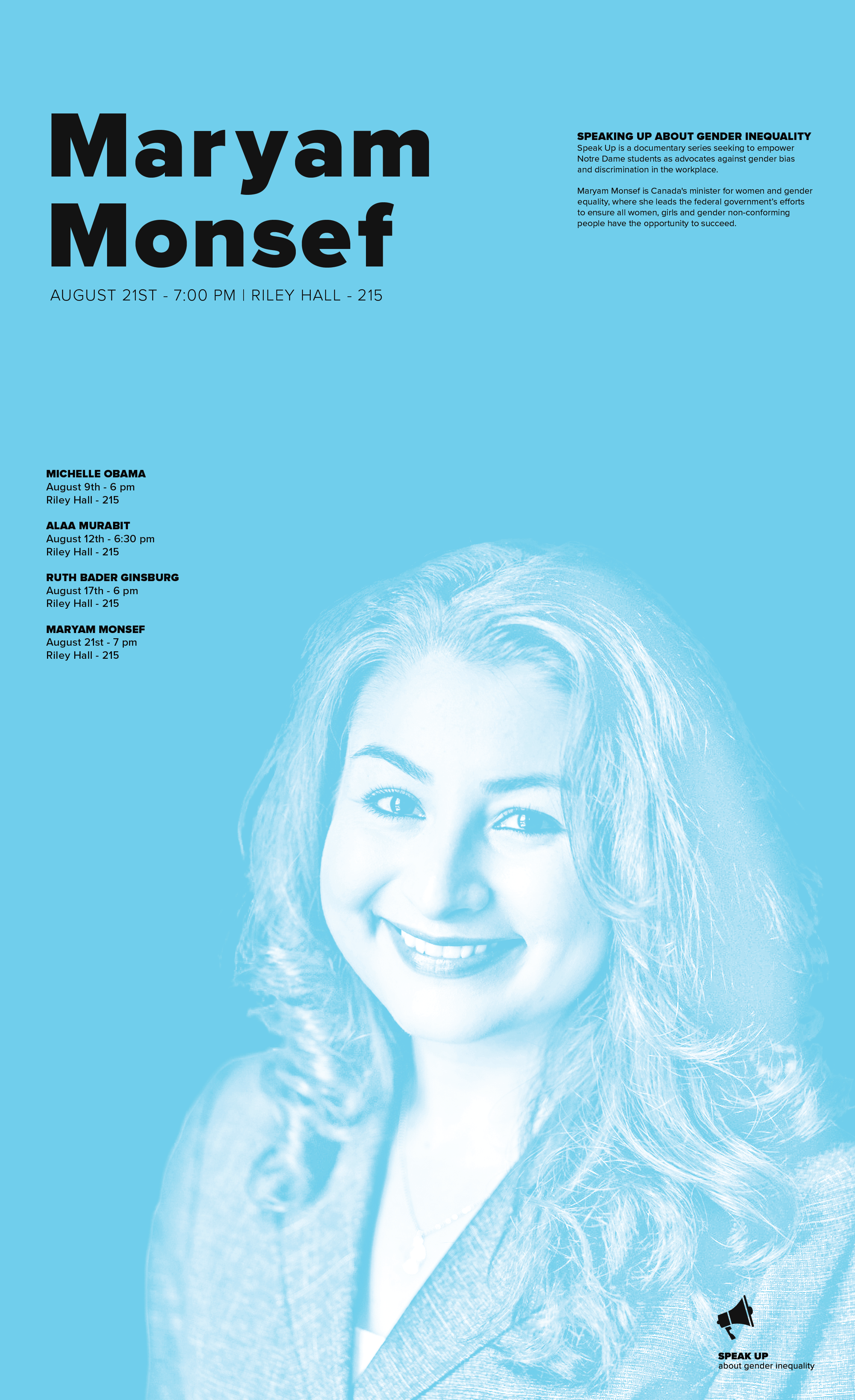 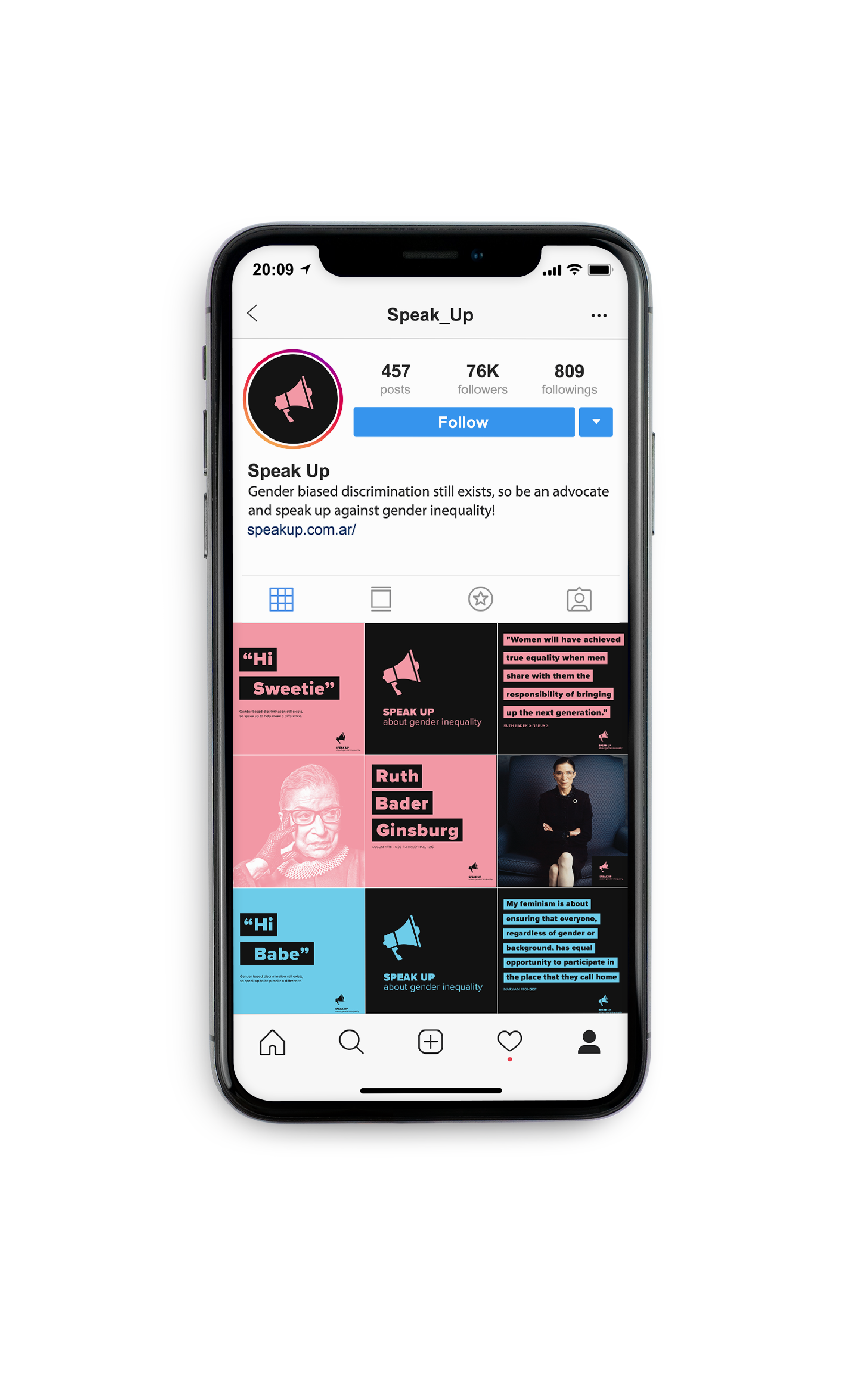 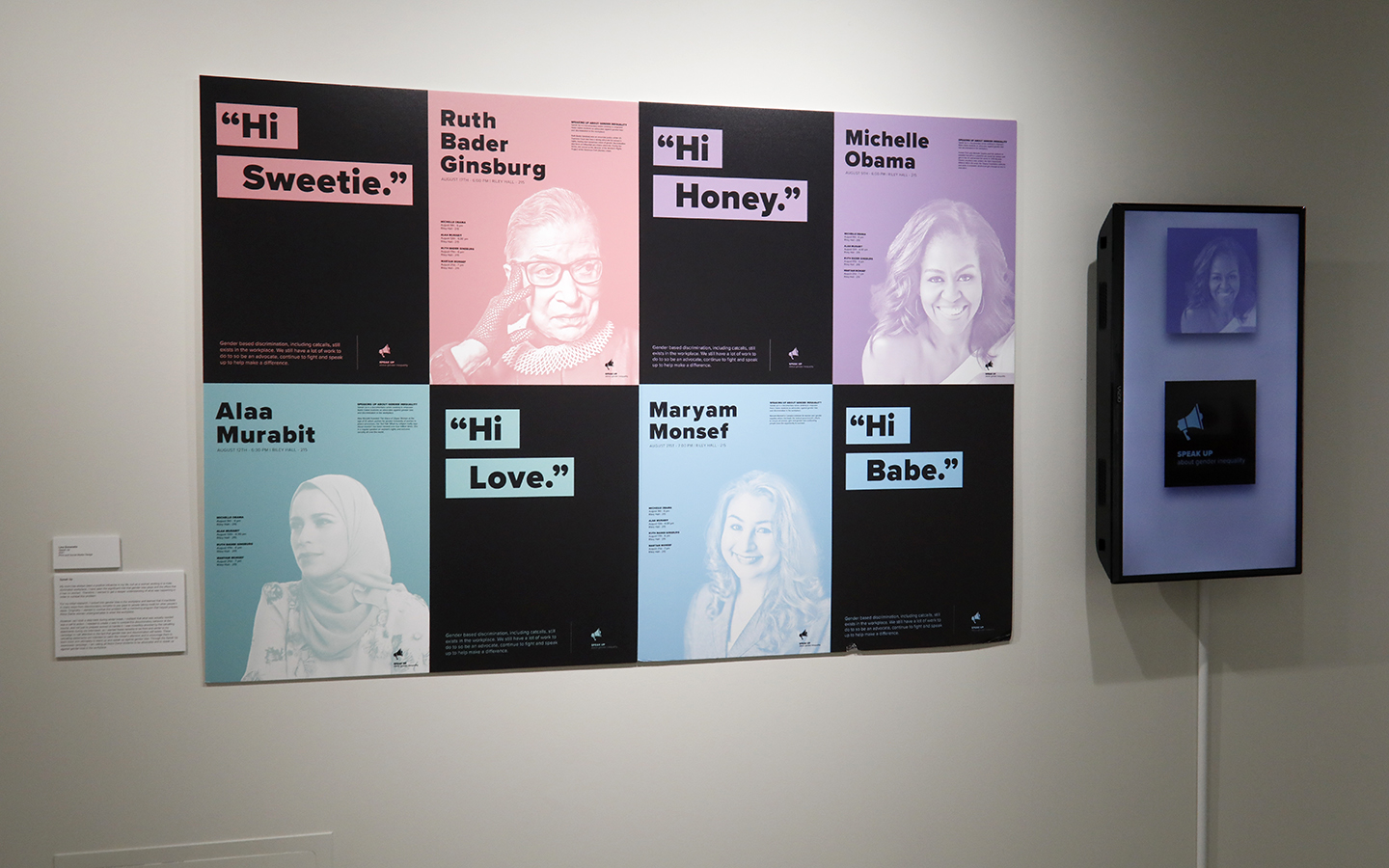