My name is Gabby Hong, and I am a senior majoring in Philosophy and Studio Art. I am from Lancaster, Pennsylvania. While I have always loved expressing myself through making art, I never felt like an artist until I took my first art class my sophomore year here at Notre Dame. I am interested in the relatability art can have and its ability to be a means of conveying understanding. Although my concentration in art is painting and drawing, I took my 2D knowledge into a 3D setting for this project. Wire sculpture has a way of feeling like drawing in three dimensions, which I embraced for this work. After I graduate, I hope to pursue a career in art therapy, and I look forward to continuing to explore my artistry.

This work explores the conflict that exists between the outward persona people construct and the way they truly feel about themselves. Each sculpture consists of two interlocking wire figures exploring this relationship. One figure is in the role of the outside character each person presents to the world: the daring performer, bold leader, audacious teacher. The other figure, interwoven with the outer persona, is the internal person, who exemplifies the aspects of each individual that the outside person conceals.

The sculptures were inspired by conversations I held with other individuals who experienced this internal struggle. I am intrigued how aspects of their identity have been amplified or encouraged both by social expectations, and also by their roles in leadership positions. These community roles cause them to be perceived in a certain way by the people around them, and these perceptions affect their sense of self. While each person expresses a unique identity, there is a common theme: there is always conflict that exists between the way individuals present themselves and the way they feel about themselves. The outside figure is a performed version of a person’s identity, which masks the other half of the identity as concealed, internal, hidden. 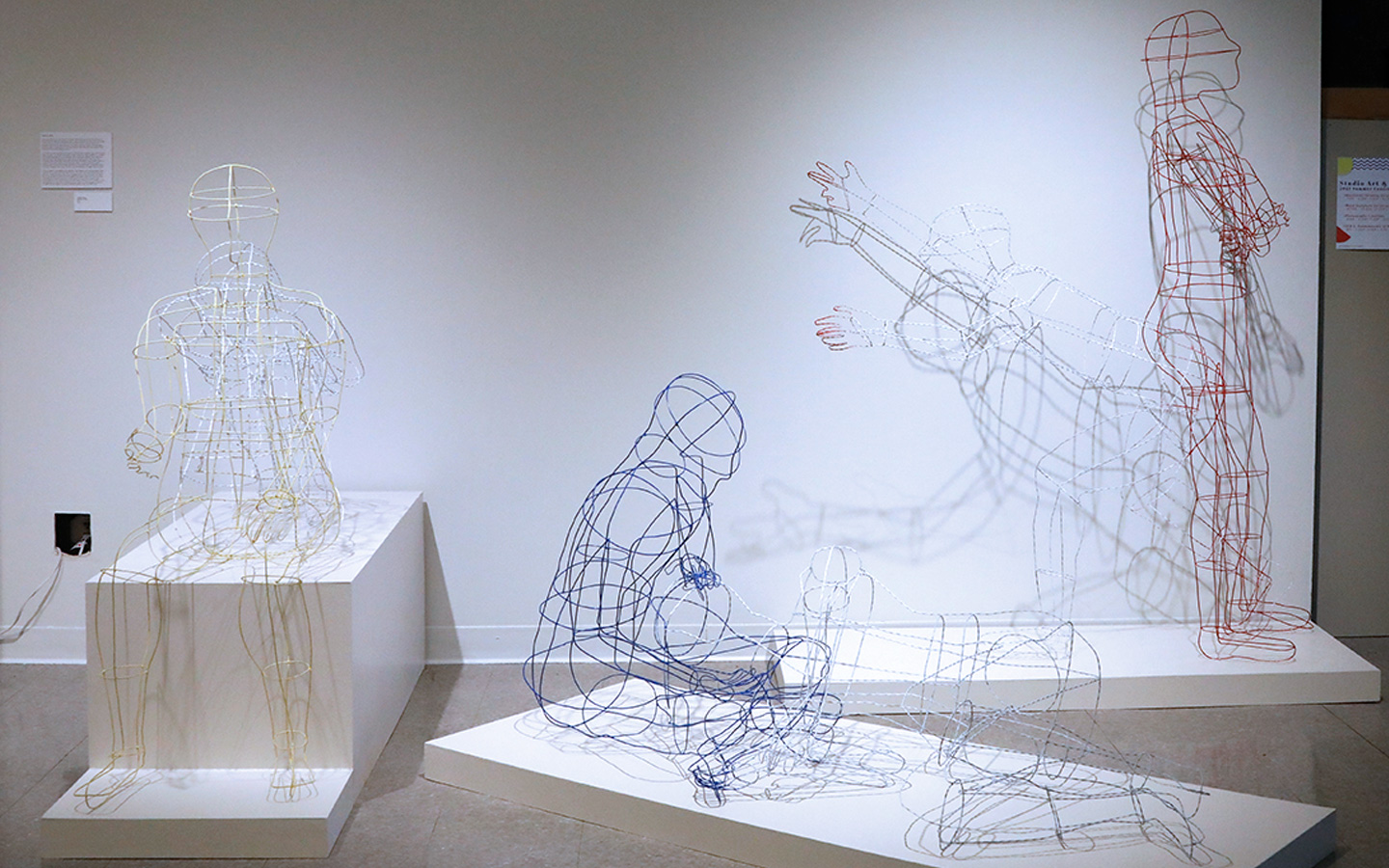 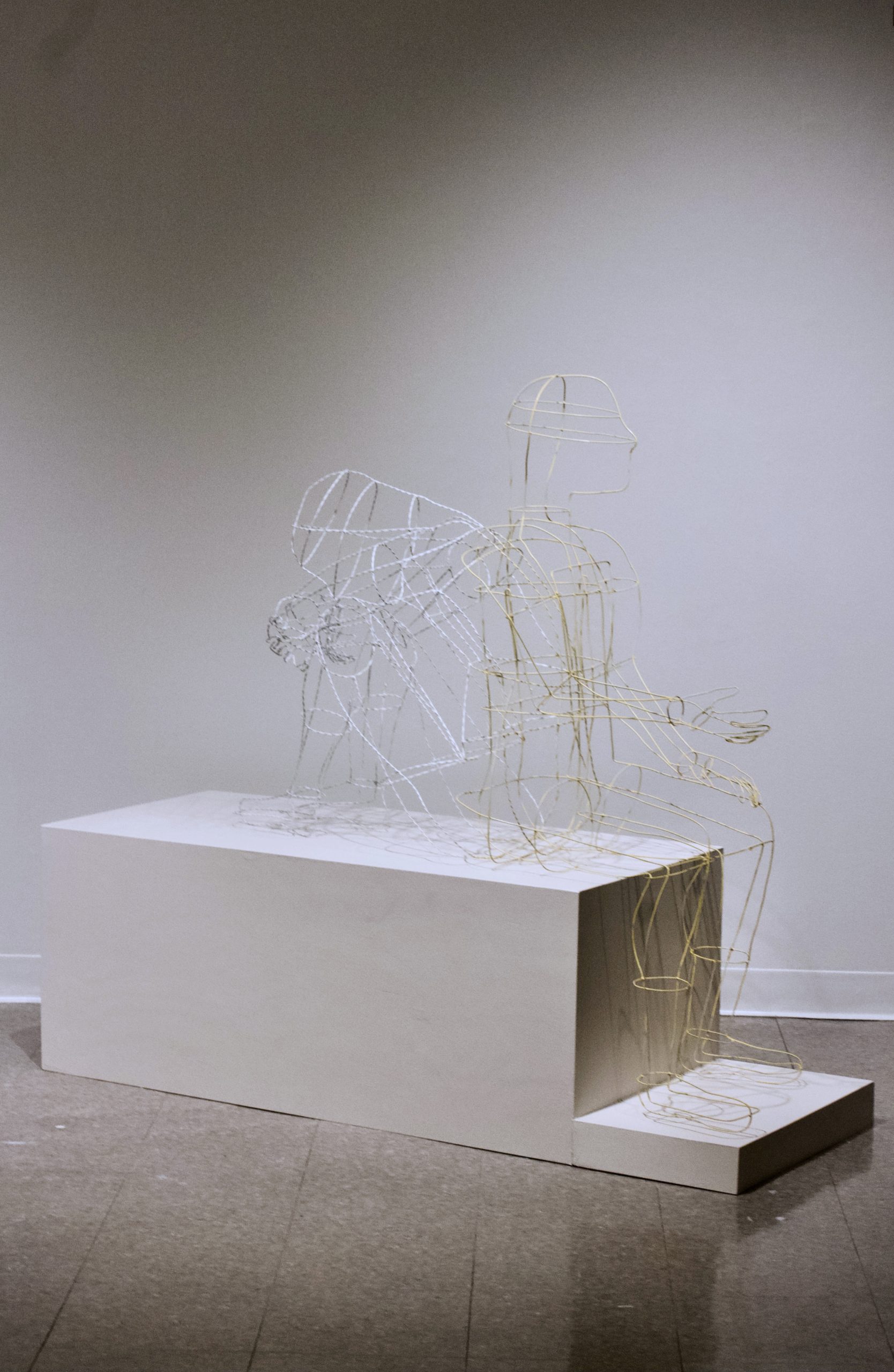 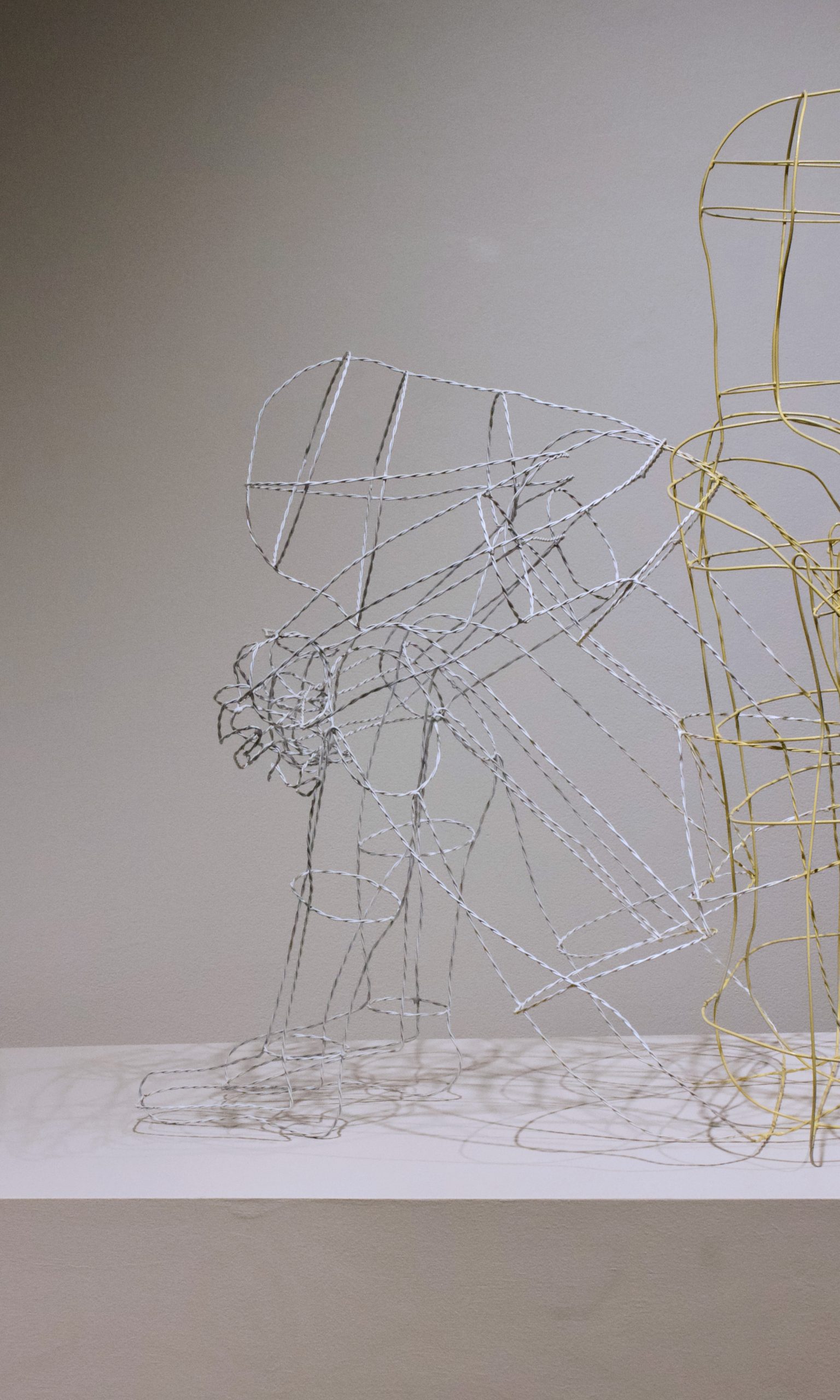 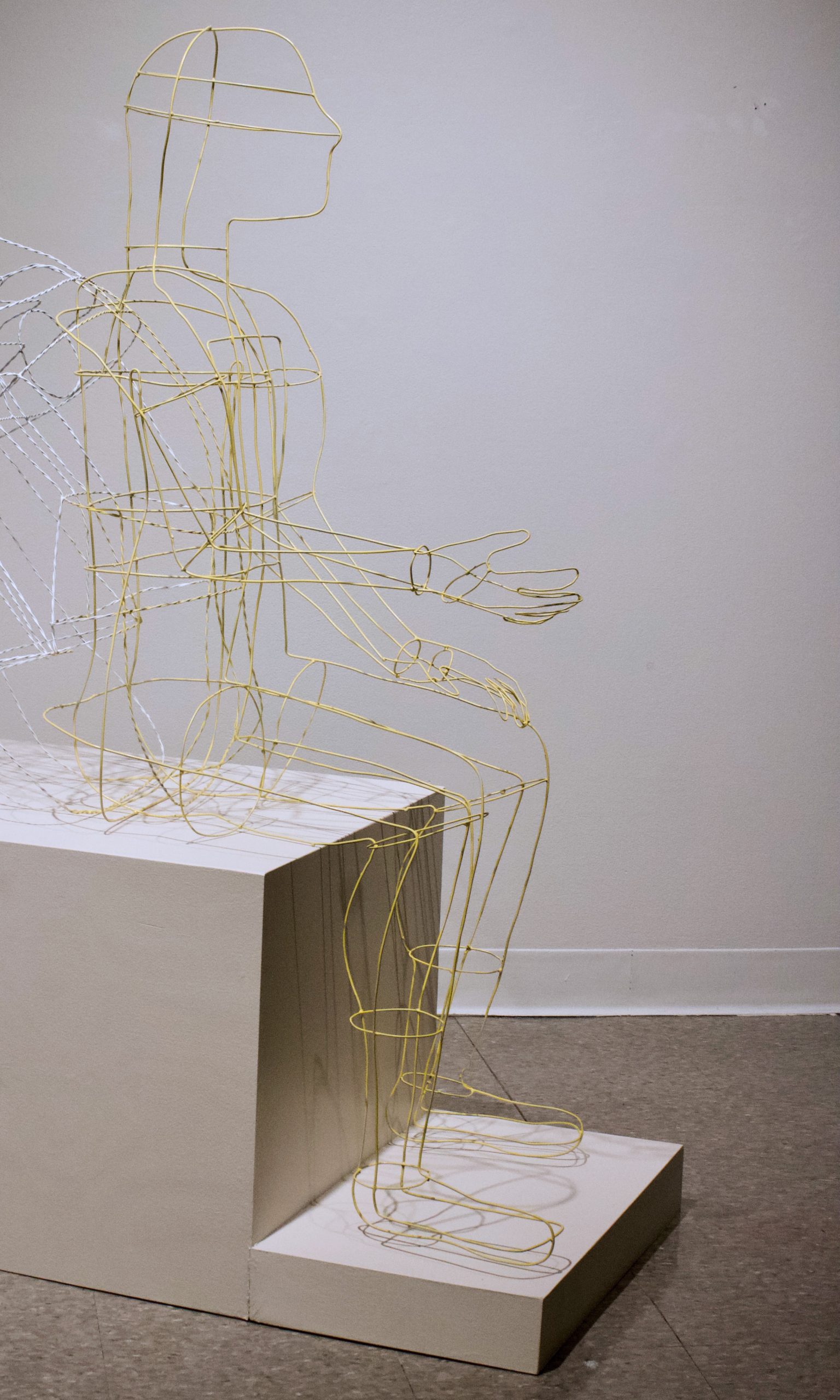 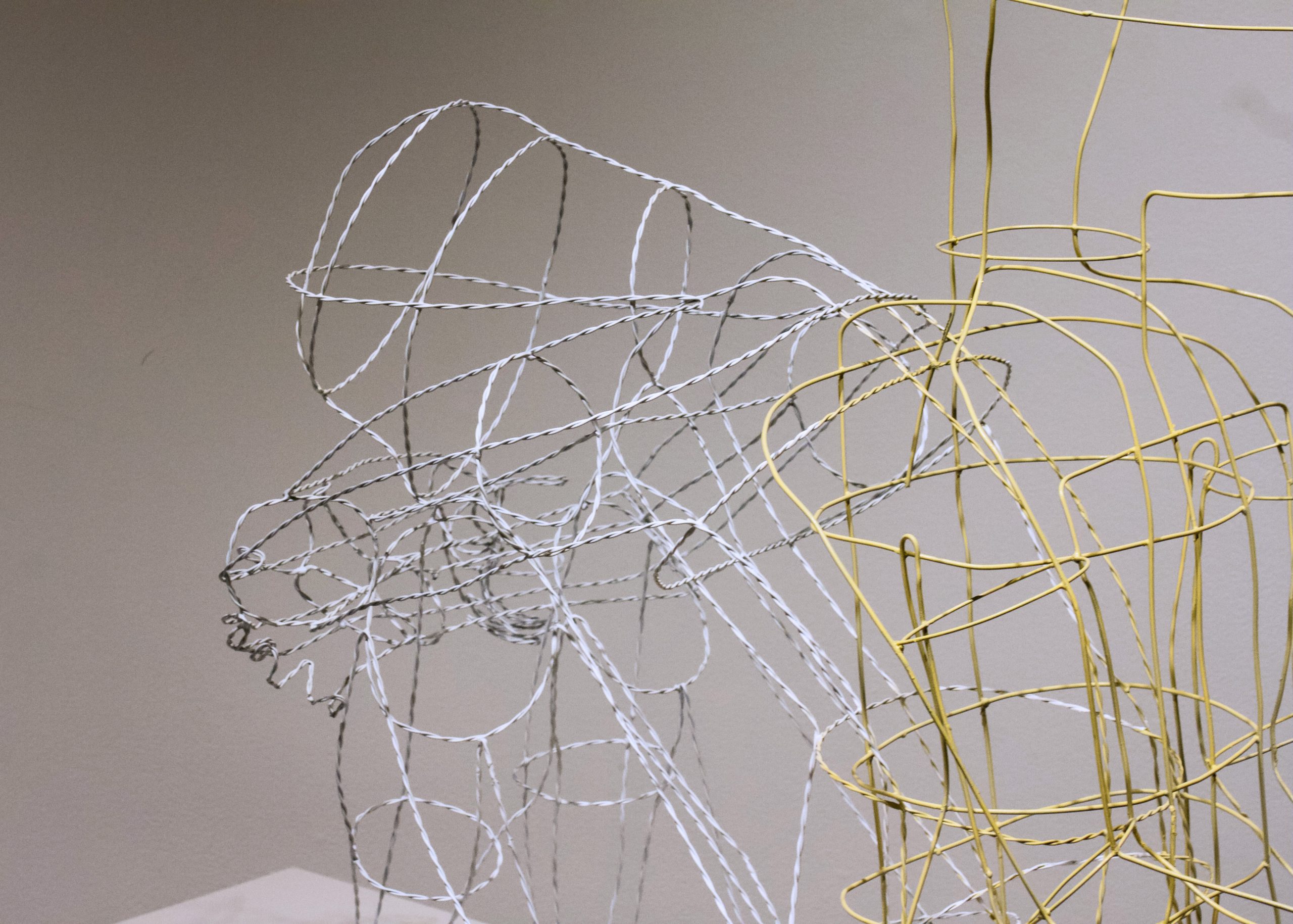 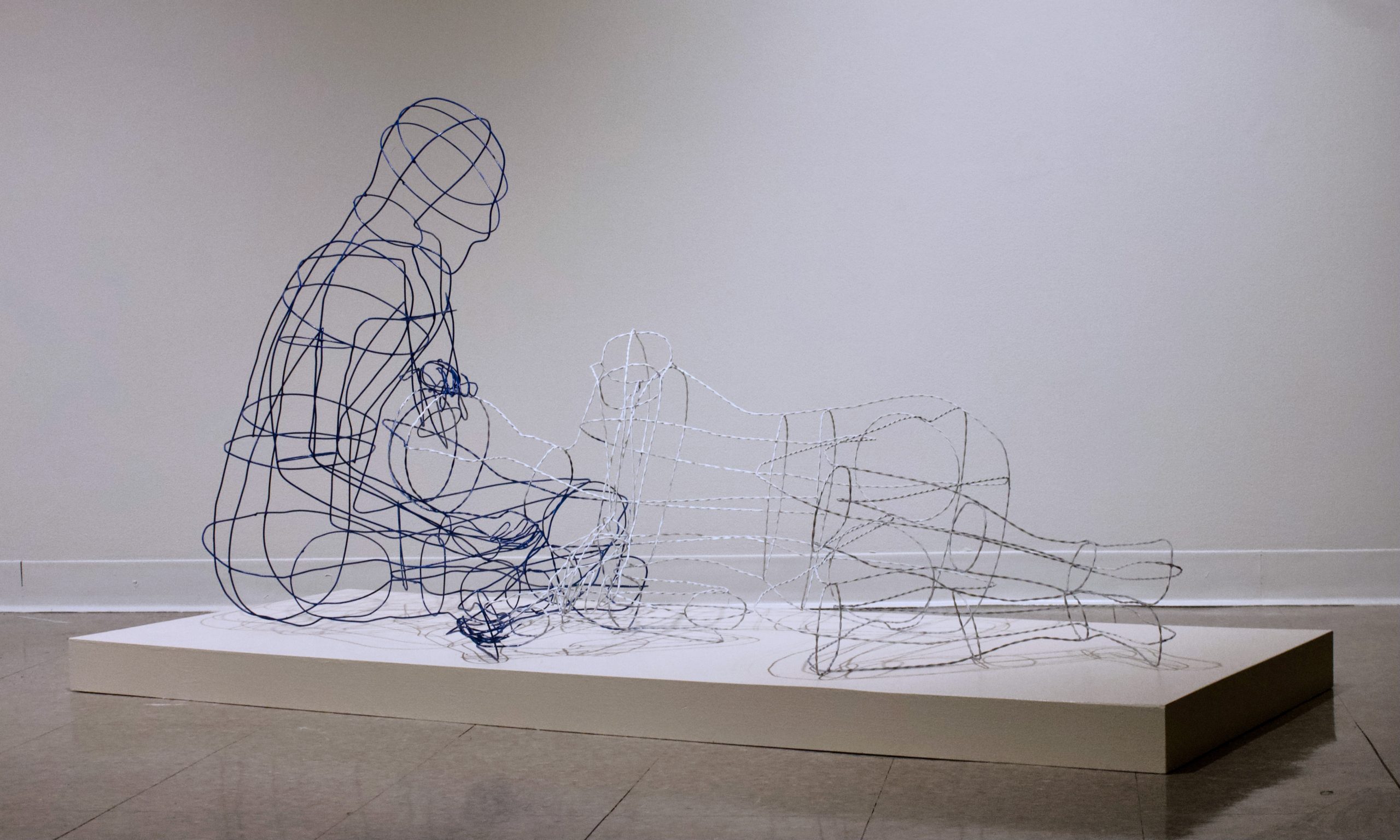 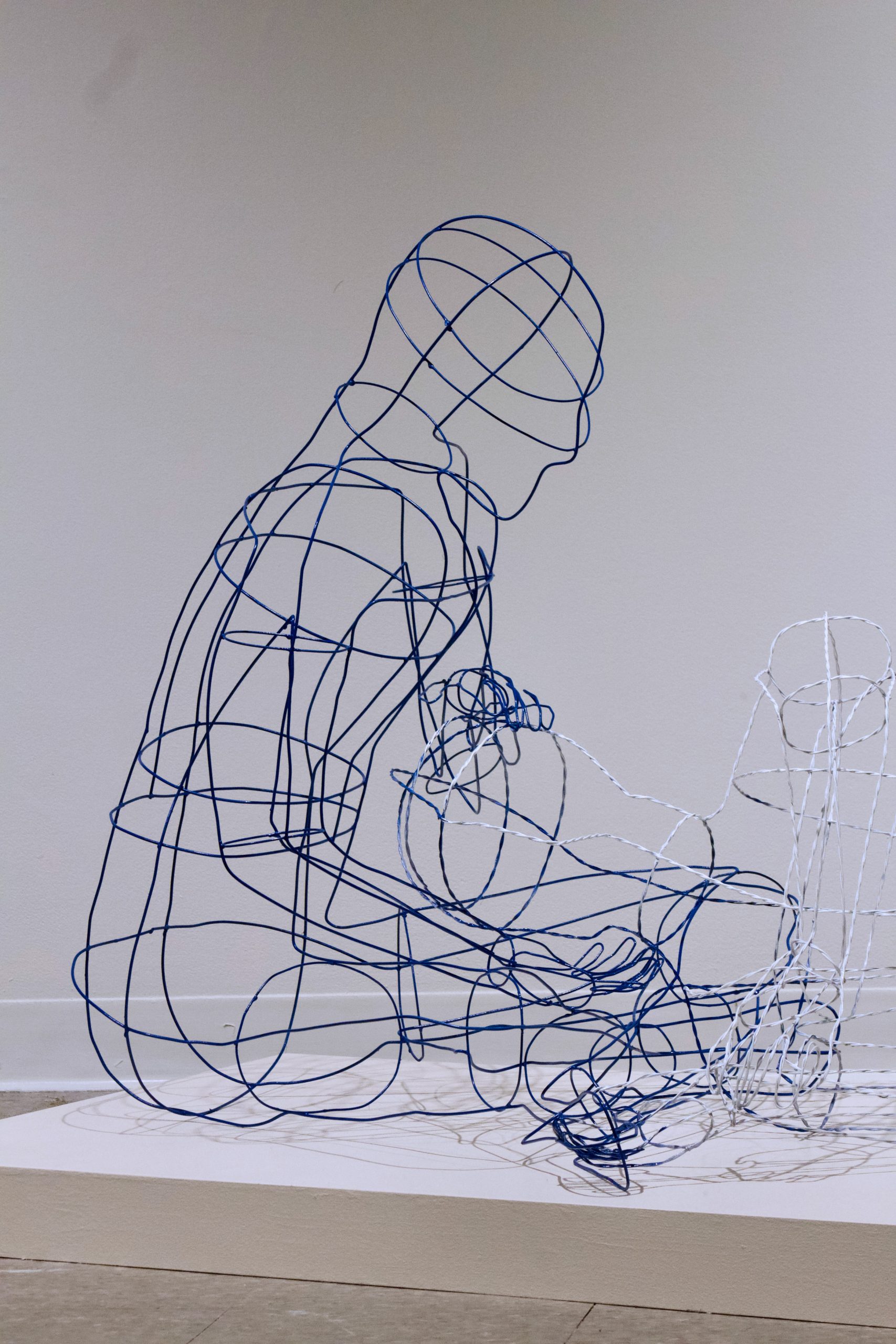 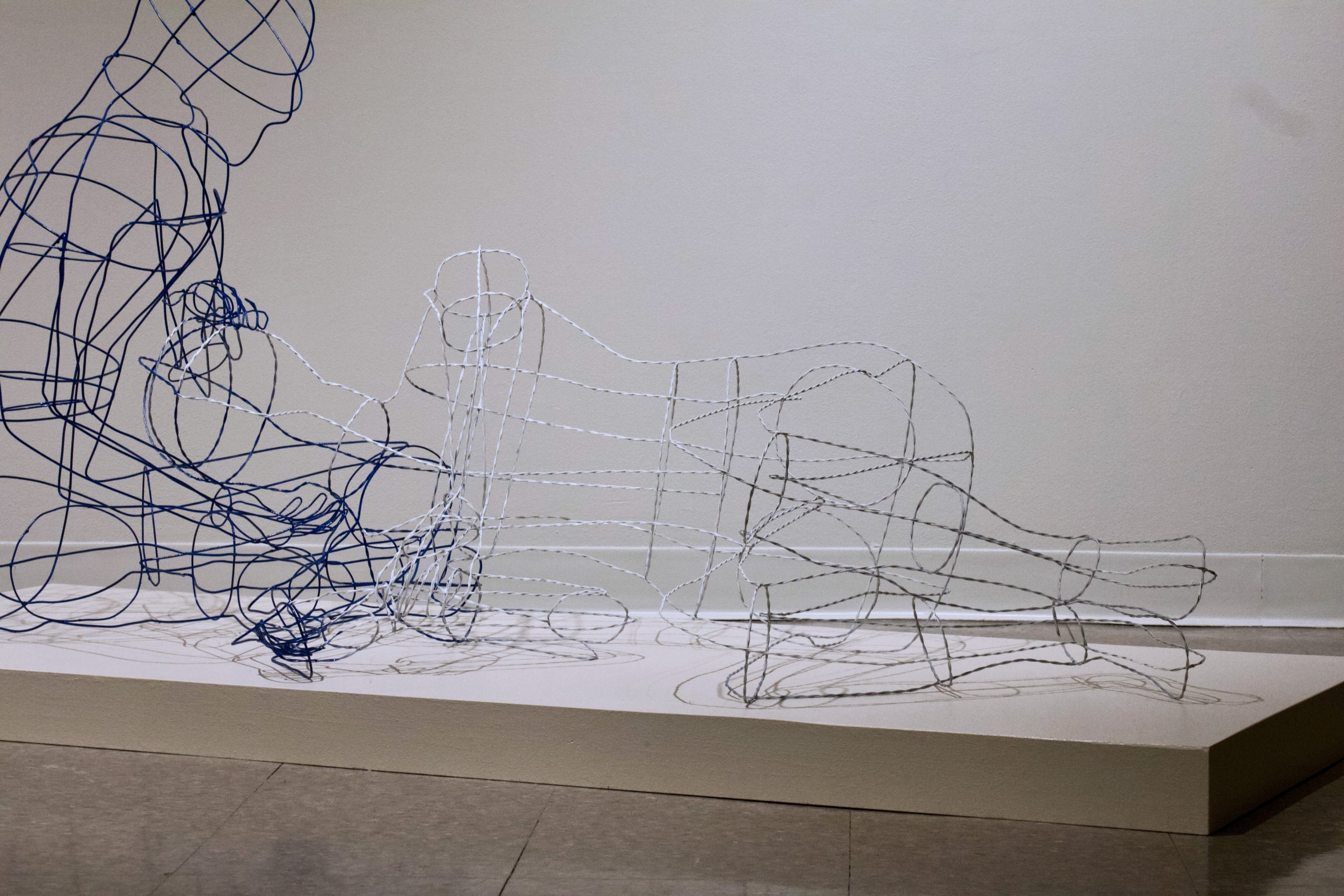 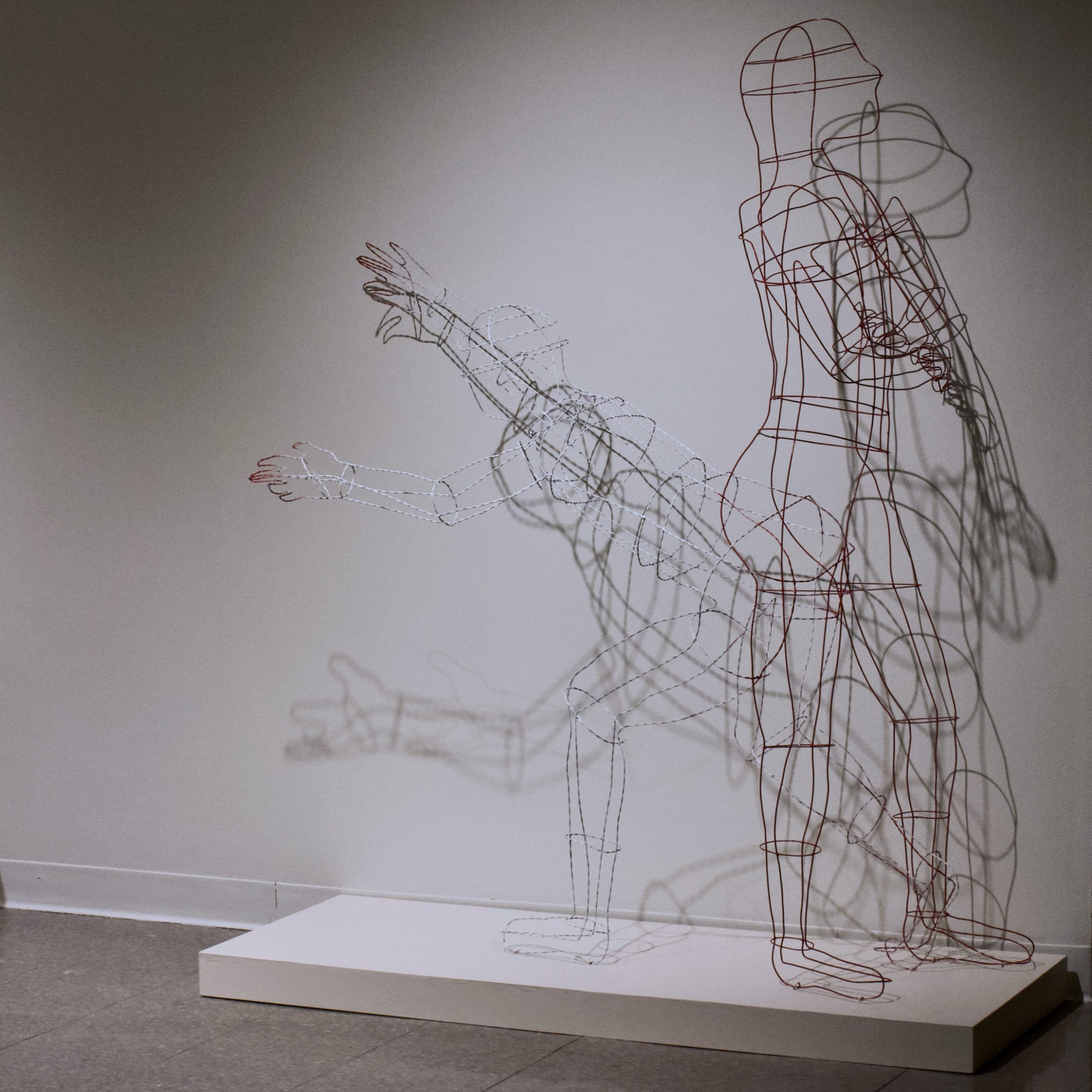 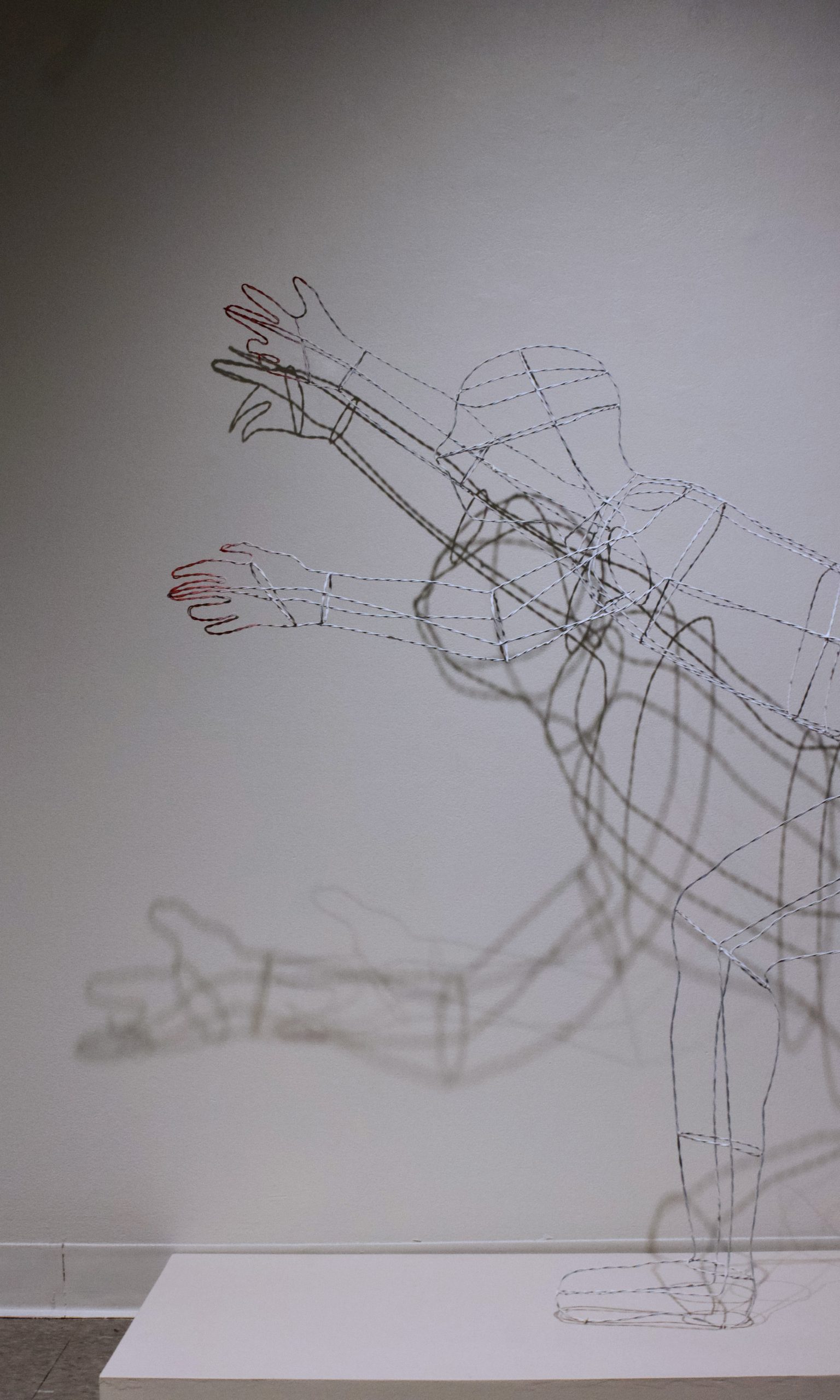 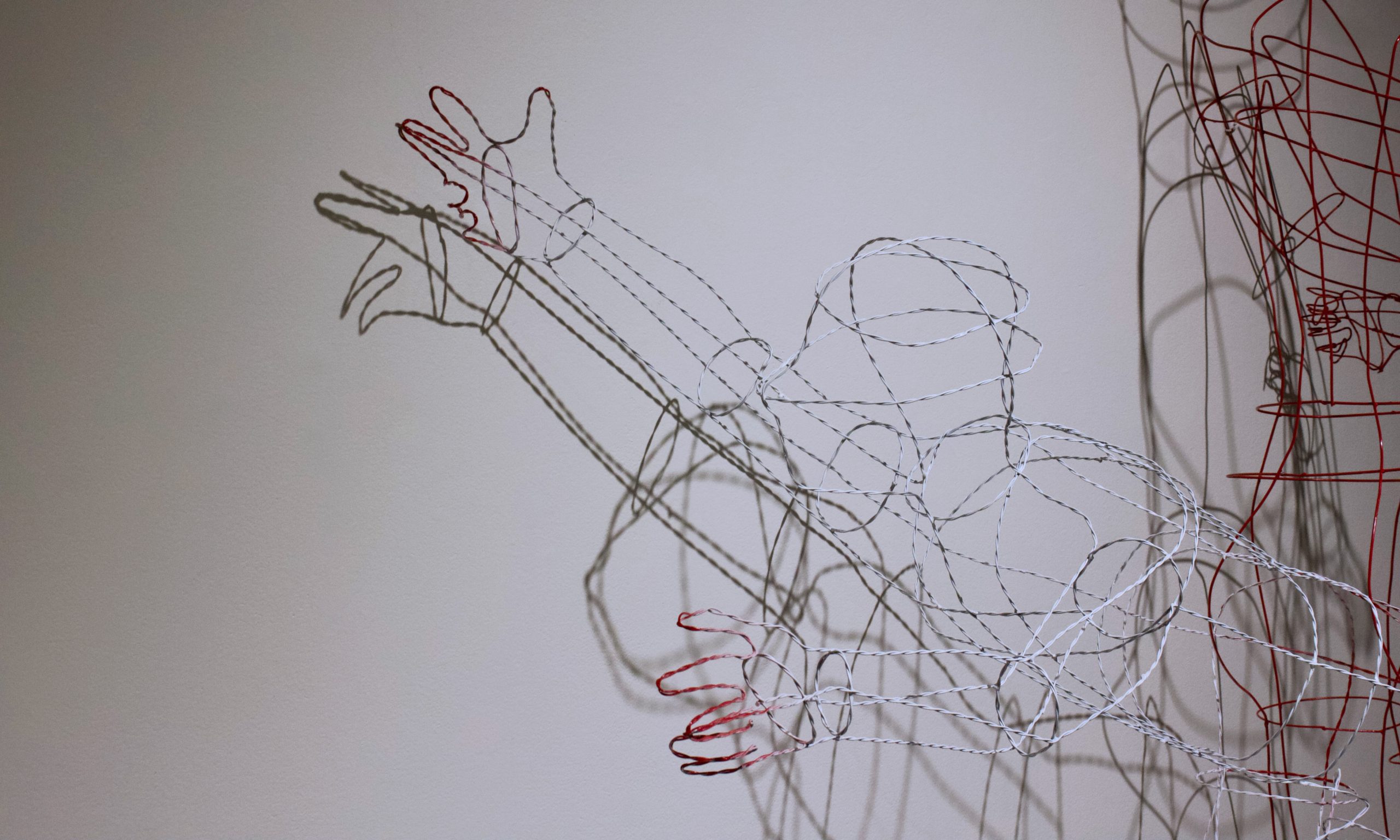